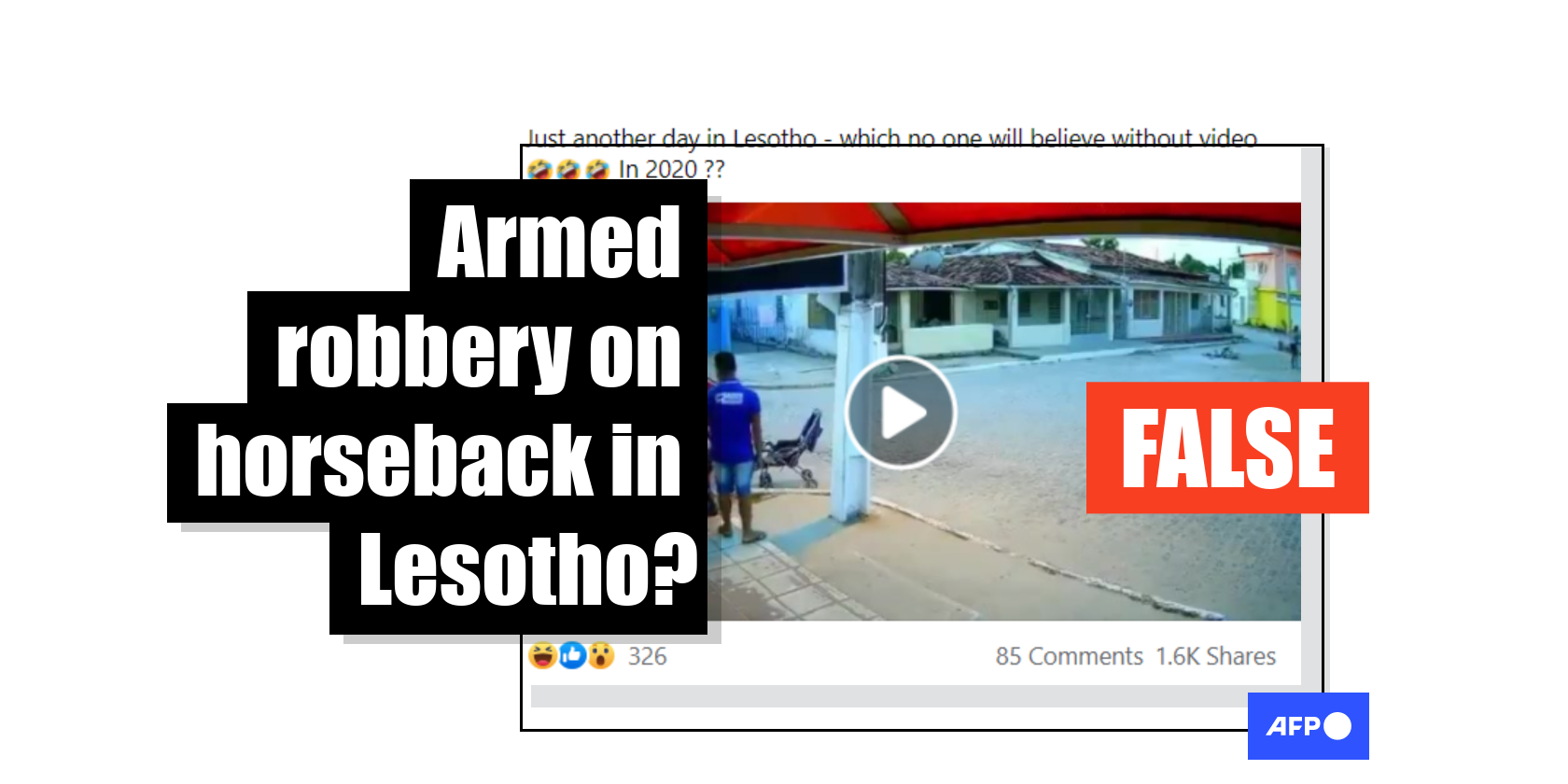 Video of daring hold-up by two men on horseback was filmed in Brazil, not Lesotho

A video showing two masked men on horseback carrying out an armed robbery has been shared more than a thousand times on Facebook, alongside the claim that the incident happened in Lesotho. This is false; while the video is genuine, the brazen act took place in a seaside town in Brazil.

Lesotho is a mountainous, landlocked kingdom in southern Africa. 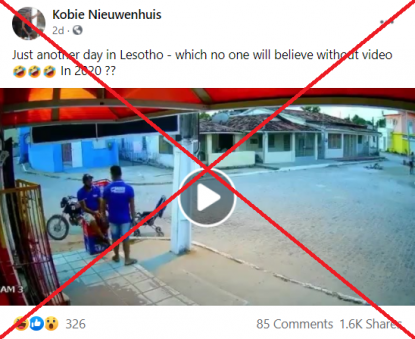 The video shows two masked men riding on horseback arrive at a store wielding a shotgun. They dismount and the one holding the shotgun runs into the store, while the other stays with the horse in front of the entrance. Two men dressed in blue T-shirts standing outside the store put their hands behind their heads.

The man with the shotgun then comes back out of the store holding what appears to be a black pouch, and he and his partner ride away from the reach of the CCTV camera recording the footage.

Most people commenting on the video found it hilarious and seemed to accept the claim that it showed an event in Lesotho. However, not everyone was ready to believe the claim; one Facebook user suggested the action was a scene from a movie by asking for the film’s title while another posted a GIF animation of US President Donald Trump and the phrase “fake news”.

Video not from Lesotho

We discovered reports (see here and here) in Portuguese about the armed robbery, which included links to the video and screenshots of the footage.

Among the search results was an article in English by travel website Inspired Traveler, stating that the robbery seen in the video occurred in the small tourist town of Carne de Vaca, on the north coast of Pernambuco in Brazil.

This is the same location mentioned in the reports on Portuguese-language news sites.

The article on the travel site features a Google Street View screenshot of the location where the daring raid was said to have taken place.

The white post in the foreground of the image and the tiled patio just behind it are both visible in the video, which was taken from a security camera positioned over the entrance to the red-awned store. 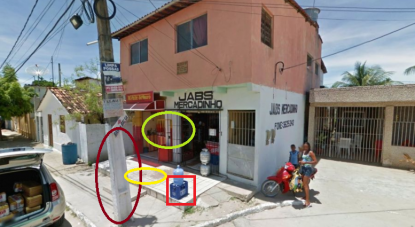 The store as seen on Google Street View 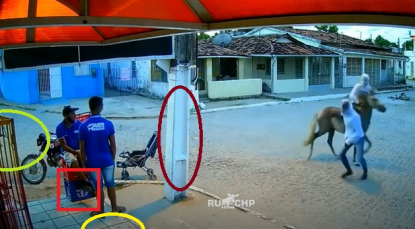 The images above compare elements from Google Street View and the video. It shows the electric pole right outside the store (marked in wine red), the crates in front of the store (marked red), the tiles (marked yellow), and red-and-yellow bars flanking the entrance to the next-door store (marked green). This confirms the location of the robbery.

We also searched YouTube for “horseback robbery in Brazil” and found this version of the footage, uploaded on December 11, 2020, by Russian news agency RT.

“A masked duo was caught on a CCTV camera committing a daring store robbery in a low-crime neighbourhood of Pernambuco, Brazil,” read RT’s report. “It wouldn't have been a particularly newsworthy event, if it wasn’t for the robbers’ choice of a getaway ‘vehicle’, which turned out to be … a horse.”

Pernambuco is a Brazilian state in which the town of Carne de Vaca is located.

Further details about the incident were reported here by Brazilian daily newspaper Folha de S.Paulo, including the fact that two suspects were arrested on December 11, 2020, a day after the armed robbery took place.

A spokesman for Pernambuco's military police confirmed the incident in an email to AFP Fact Check’s bureau in Rio de Janeiro, adding: “Yes, the video was shot in Carne de Vaca.”