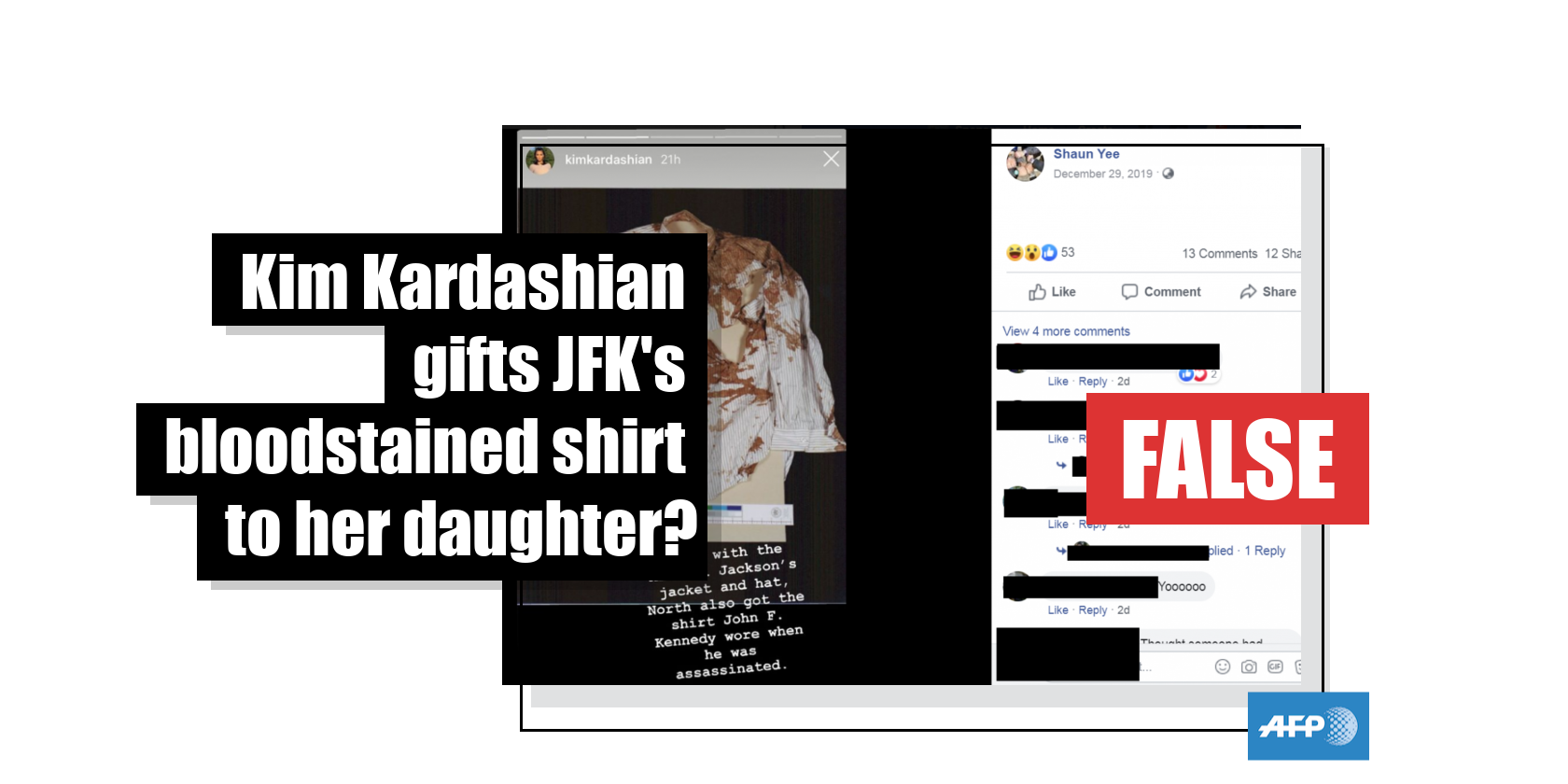 The US National Archives says it has preserved John F. Kennedy’s shirt -- Kardashian refuted the claim that she acquired it

An image of President John F. Kennedy’s bloodstained assassination shirt has been shared repeatedly on Facebook, Twitter and Reddit alongside a claim that US socialite Kim Kardashian gifted it to her daughter, North West. The image purports to show a screenshot of an Instagram Story on Kardashian’s official account. The claim is false;  the US National Archives states on its website that the clothing Kennedy wore when he was murdered remains preserved in its archives; Kardashian has publicly refuted the claim as a “sick joke”, stating on Twitter that the purported screenshot from her Instagram story was “obviously fake”.

The image was published here on Facebook on December 29, 2019.

The text in the screenshot of the purported Instagram story reads: “Along with the Michael Jackson’s jacket and hat, North also got the shirt John F. Kennedy wore when he was assassinated.” 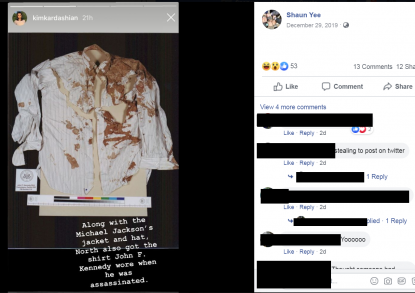 The image was also posted on Twitter here, where it has been liked for more than 1,700 times, and on Reddit here.

The claim in the posts is false. The clothing worn by Kennedy on the day he was assassinated remains in the “legal and physical custody” of the US government’s National Archives and Records Administration (NARA), according to this page on its website.

“The apparel is located in a secure area, under climate-controlled conditions, and stored flat in special containers for preservation purposes,” the agency’s website reads. “In addition, NARA created detailed color photos of these materials as part of a larger preservation effort to photograph the significant artifacts in the JFK Assassination Records Collection. Due to the restraints of the deed of gift under which the materials were transferred to NARA, NARA has not posted these photographs online, as we have with photographs of other JFK assassination related artifacts. However, the photographs of the clothing are available for examination in our research room in College Park, Maryland, or may be purchased for a fee.”

Below is a screenshot of the statement on the NARA’s website:

The image in the misleading post contains a card with this former seal for the US National Archives.

Below is a screenshot comparison of the seals: 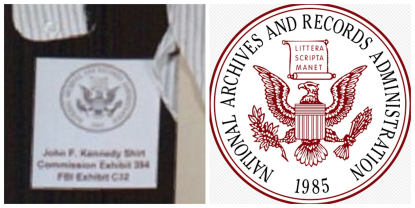 Screenshot comparison of the seals

Another photo of the same shirt, credited to the National Archives, was published here by Getty on January 1, 1995.

Kardashian refuted the claim that she had bought the shirt after Refinery29, a US-based news and lifestyle website, reported the story.

“WOW this is obviously fake!” Kardashian tweeted here on December 31, 2019. “@Refinery29 I did not get JFK’s shirt. That is a sick joke that someone tweeted as a fake ig story that I never posted.”

Refinery29 issued a correction in this article on December 31, 2019, which stated that an earlier version of the report included a “falsified Instagram image” that had been removed.

The correction states: “This story has been updated from the original version. Earlier, it included a falsified Instagram image, which has been removed.”

Below is a screenshot of the article and the correction: Screenshot of the Refinery29 article with a correction

Kardashian’s denial and the Refinery29 correction were reported here by US media site Insider and here by US tabloid the New York Daily News on December 31, 2019.