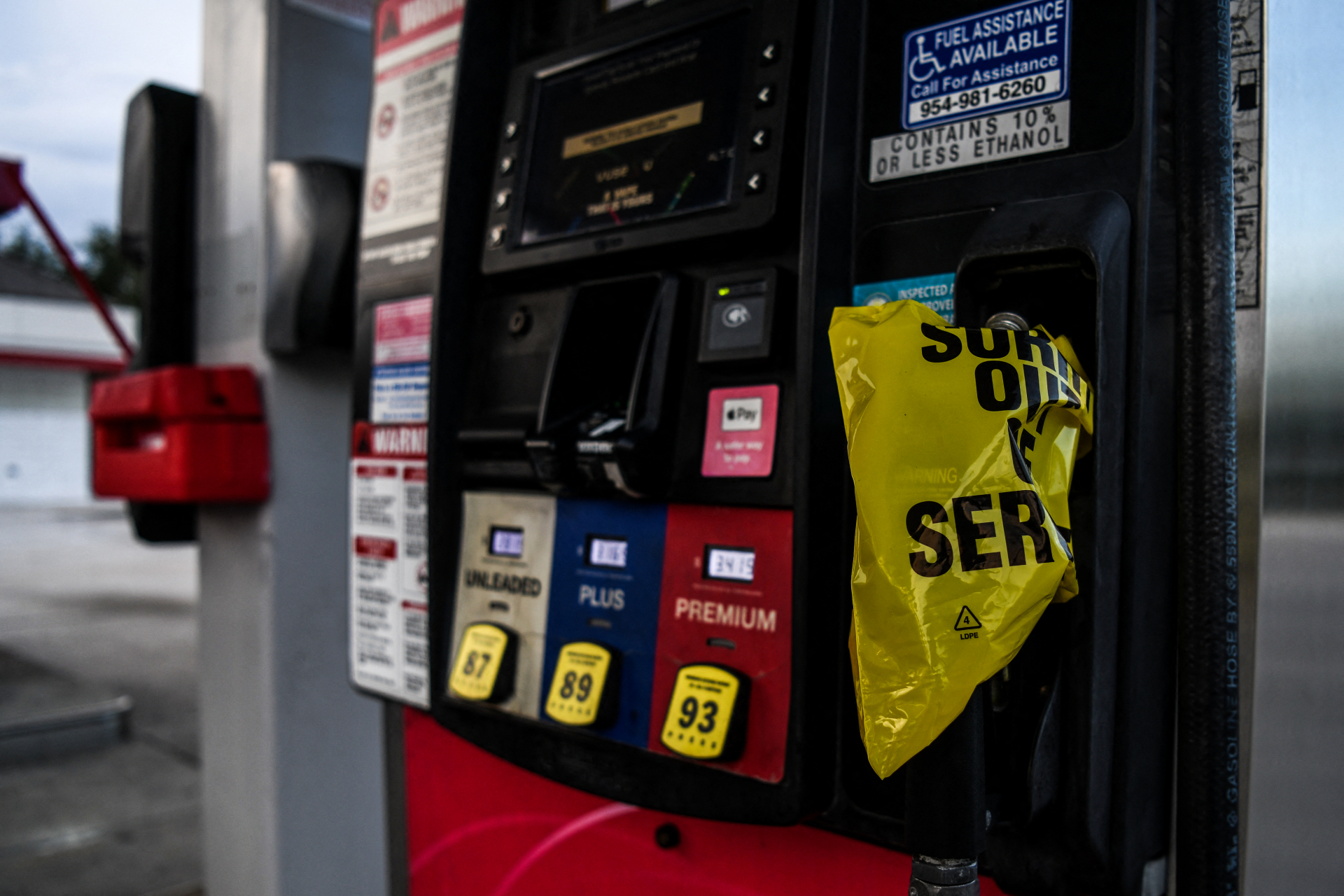 An empty gas pump is pictured at a station in Hollywood, California on May 12, 2021 (AFP / Chandan Khanna)

US drivers stockpile fuel, but photos of bagged gas are old

With southeastern areas of the United States suffering gas shortages, social media posts purportedly show drivers using unorthodox methods to stockpile fuel. Some of the images, which include people using plastic bags for storage, are real but old, and one is from Mexico, not the US.

“PLASTIC BAGS FILLED WITH GAS BY MORONS IN SOUTH CAROLINA,” reads a May 11, 2021 tweet shared as a screenshot on Facebook. The photo shows a car trunk filled with several large clear bags containing what appears to be gasoline. 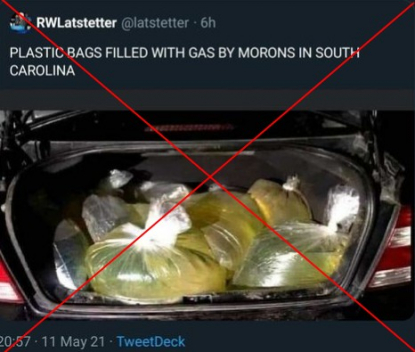 The photo was among those said to be US residents filling all manner of receptacles due to shortages and rising prices after Colonial Pipeline, which supplies nearly half of the East Coast’s gasoline, acknowledged it was hit by a cyberattack on May 7, 2021.

Other Facebook posts use photos such as this one of two hands holding a plastic bag full of gas, and another of a woman filling plastic bags at a petrol pump.

The latter is a screenshot of a video, which was reported on in a Georgia newspaper in 2021.

Its renewed virality prompted the US Consumer Product Safety Commission to tweet: “Do not fill plastic bags with gasoline,” on May 12, 2021. 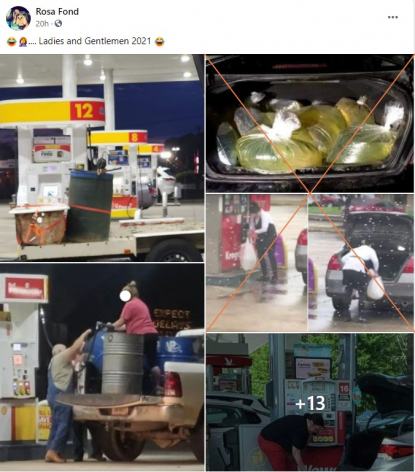 While most footage of people filling up barrels, fuel tanks and other containers with gas are authentic, the images featuring plastic bags are not from the current US shortage.

The image of the car trunk full of plastic bags was taken in Mexico in 2019. Police in the state of Puebla had arrested two men with more than 1,000 liters of gas in 67 plastic bags.

Mexican media Televisa, which reported on the story, credited the photo to a now-offline local police Twitter account. 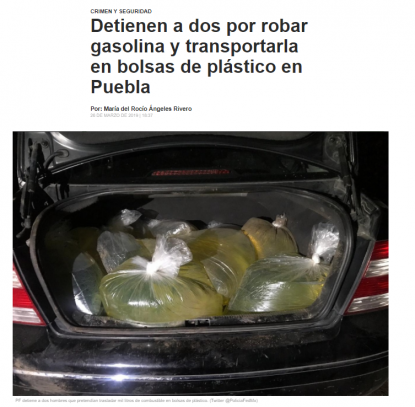 Screenshot of a 2019 Televisa article

A reverse image search shows that the oldest iteration of the photo of the hands holding a plastic bag full of gasoline is from a Facebook post published on February 23, 2018 on a Turkish page dedicated to cars and car maintenance. 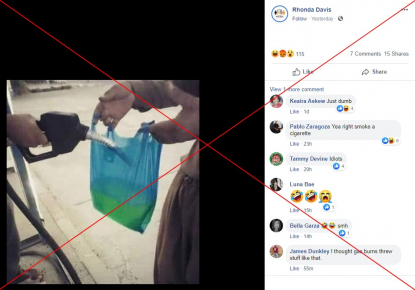 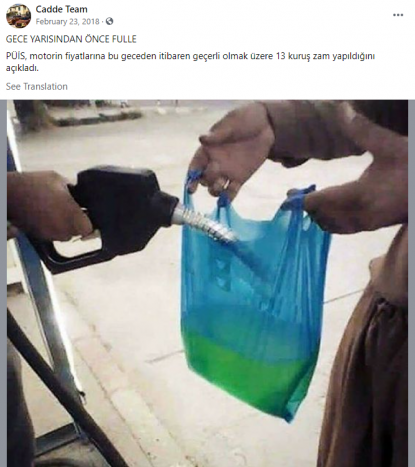 The caption mentions an upcoming increase in diesel prices, and advises motorists to fill up that day. It is unclear whether the photo was taken in Turkey or merely used as an illustration.

The footage of a woman filling plastic bags directly at the pump is from the US, but not from 2021.

The video was shot at a Kroger gas station. It was posted on Facebook on December 10, 2019, by a user whose Facebook profile says he is from Houston, Texas.

The Colonial Pipeline network resumed fuel deliveries on May 13, 2021, but GasBuddy, a company that tracks gas price data, reported that shortages remained widespread along the East Coast.

The national average price shot up above $3 a gallon for the first time since 2014.