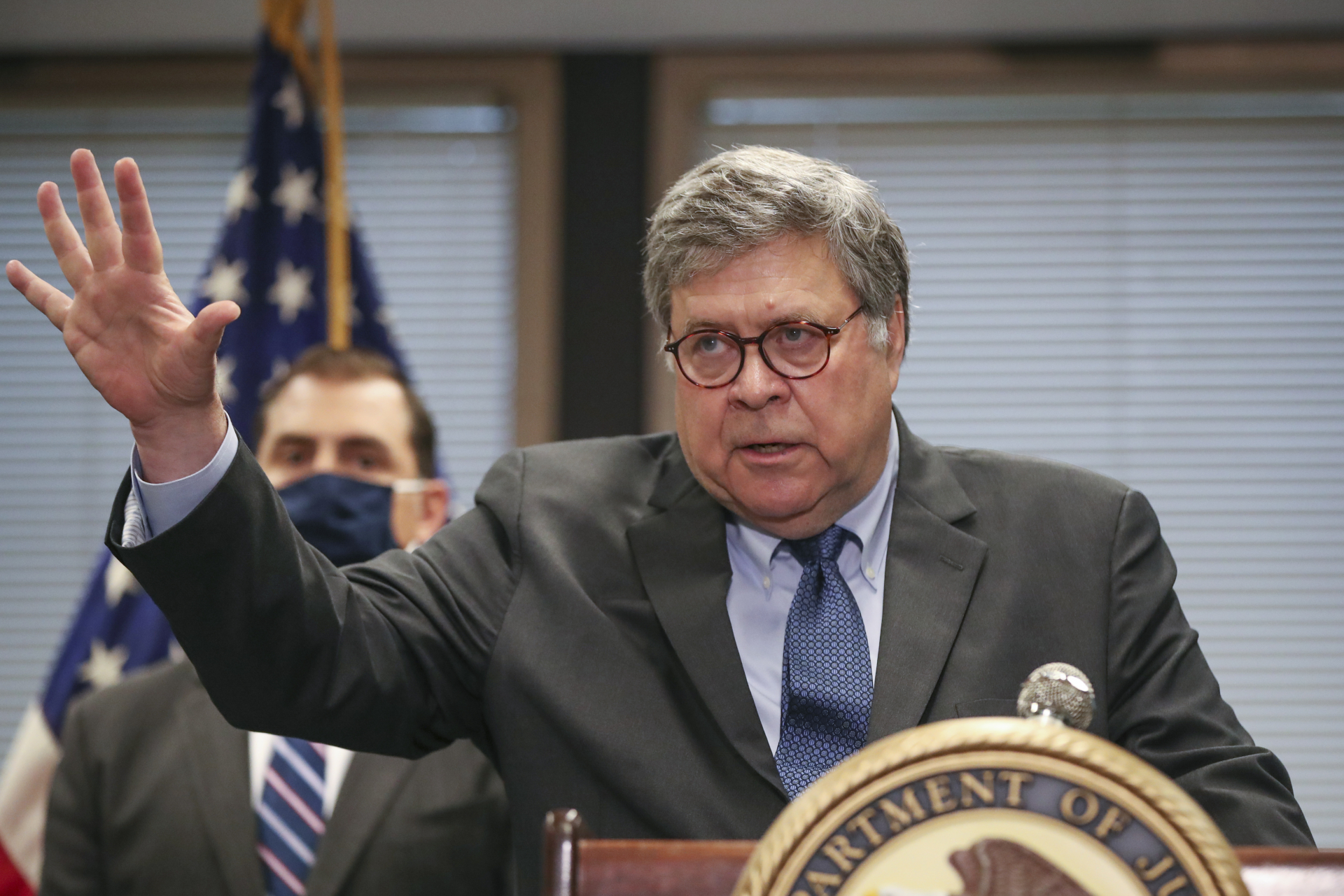 US Attorney General Bill Barr said a Texas man committed voter fraud with 1,700 mail-in ballots, a claim repeated more than 30,000 times on Facebook. This is false; Barr’s office said the nation’s top law enforcement officer was inaccurately briefed about the case, and a Dallas investigator said 700 ballots were tied to a failed scheme to try and sell votes to city council candidates.

“In Texas, we arrested one man who filled out 1,700 ballots. That’s what happens with mail-in ballots,” reads a quote attributed to Barr on social media that gained traction in late September 2020. 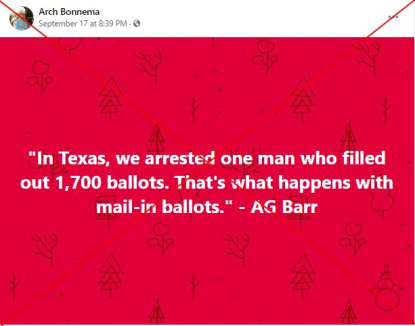 Barr’s reference to the Texas case comes after President Donald Trump repeatedly attacked mail-in voting’s reliability ahead of the November presidential election, despite experts’ assurances that it is safe.

While talking with CNN’s Wolf Blitzer about mail-in voting on September 2, Barr did claim that a Texas man was indicted for filling out 1,700 ballots for the candidate he wanted. “Elections that have been held with mail, have found substantial fraud and coercion,” Barr said before citing the Texas case.

However, Barr misrepresented a real example of suspected voter fraud in Texas.

“Prior to his interview, the Attorney General was provided a memo prepared within the Department that contained an inaccurate summary about the case which he relied upon when using the case as an example,” Kerri Kupec, Justice Department spokeswoman, told The Washington Post in a statement.

The Department of Justice did not respond to AFP’s request for comment.

A 2017 investigation led to the identification of nearly 700 possibly fraudulent ballots cast in Dallas’ District 6 City Council election in May of that year.

“What was so unnerving about Barr’s comments to me is that he would say that there were 1,700, and that number was wrong, but also, that’s not what the case was about,” Andy Chatham, the chief investigator on the case for the Dallas County District Attorney’s Office at the time, told AFP by phone.

After several people complained about receiving mail-in ballots without applying for them, Chatham and his team found around 700 ballots requested under the name Jose Rodriguez, “so at that point we really thought this was a case of voter fraud,” Chatham said.

However, upon opening the ballots and verifying their accuracy with the voters, they turned out to be mostly consistent with voters’ choices, and votes were cast for both candidates.

“They indicated that they had been contacted numerous times,” Chatham said, by people offering them to buy votes.

Both candidates said that they refused, which Chatham and his team believe is the reason why the ballots were split between the candidates.

In the end, “We didn’t have any actual voter fraud. We have a guy who was trying to defraud the candidates. He was trying to sell them this information,” Chatham told AFP.

Miguel Hernandez was eventually convicted for improperly returning a marked ballot that was signed ‘Jose Rodriguez’ and was sentenced to six months in jail.

Chatham said that Hernandez was “at the bottom level,” of this scheme, and claimed not to know who organized it.

Hernandez’ lawyer at the time, Bruce Anton, told AFP by phone that the 27-year-old was approached by “a neighbor,” who gave him a list of people from whom to pick up ballots. Hernandez was paid $8 per ballot and “did it for about 20 ballots.”

Anton said Hernandez pled guilty because the “state had evidence that he knew that the people he was giving the ballots to might be tampering with them, and that would make him party to that offense.”

Early voting has already begun in some states, and mail-in ballots are expected to be used in unprecedented numbers because they are considered safer than in-person voting during the Covid-19 pandemic.