Skip to main content
Prime Minister Justin Trudeau walks to the House of Commons on the opening day of parliament in Ottawa, Canada on December 3, 2015. AFP / Geoff Robins

Facebook posts claim that Elections Canada lied when it said it does not use Dominion Voting systems for federal polls, using a photo of Prime Minister Justin Trudeau voting with the company's technology as proof. The claim is false; the photo shows Trudeau voting during the Liberal Party of Canada leadership race in 2013, not a federal election, which uses paper ballots.

“Elections Canada just tried telling Canadians that these devices had not been used in Canadian elections. Well now we know that was just a lie, like everything these terrorists have said,” claims a November 19, 2020 Facebook post which has been shared 1,400 times. 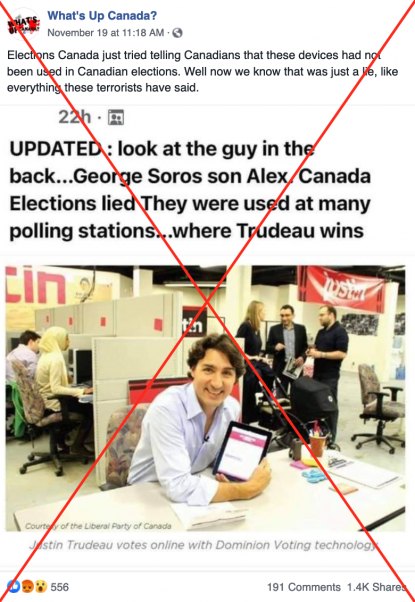 Other posts sharing the same photo can be found here and here.

The posts were shared after US President Donald Trump falsely claimed that Dominion Voting machines led to massive fraud in the November presidential election, which he lost to Joe Biden. AFP Fact Check has debunked numerous false and misleading claims about the US ballot.

Amid false claims of vote rigging by Dominion in the 2019 Canadian election, Elections Canada tweeted that the independent federal agency “does not use Dominion Voting Systems. We use paper ballots counted by hand in front of scrutineers and have never used voting machines or electronic tabulators to count votes in our 100-year history.”

Both the Liberal and Conservative parties have used Dominion to tabulate votes in their leadership races. 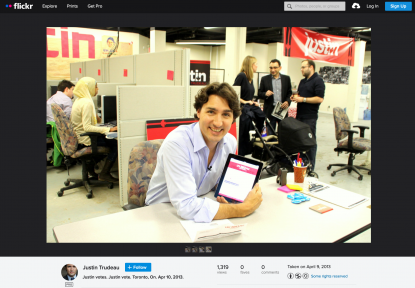 Screenshot taken on Flickr.com on December 3, 2020

The metadata on the Flickr page indicates that the picture was taken on April 9, 2013 and uploaded to the website the next day.

The election took place on April 14, and Trudeau was elected as the Liberal party leader. He was not appointed prime minister until after the federal election of October 2015.

There was no Liberal Party leadership race in 2019 and Trudeau retained the prime ministership after the October federal election, though his party lost its comfortable majority in the House of Commons.

A close look at the photo shows the 2013 date on the screen Trudeau is holding, and on the paper form in front of him. 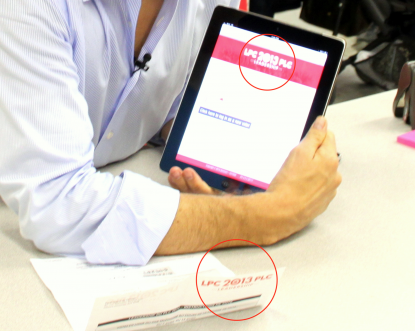 Liberal Party of Canada Senior Director of Communications Braeden Caley told AFP in an email that the picture shows Trudeau voting during the leadership race from his campaign office at the time in Toronto.

The caption on the photo also falsely claims that philanthropist George Soros’s son was connected to the voting, saying, “look at the guy in the back… George Soros son Alex.”

George Soros — a Hungarian-born American financier and philanthropist — has long been the target of right-wing and anti-Semitic conspiracy theories. AFP debunked a false article which claimed that he had been arrested for “election interference” in the United States.

Alghabra is currently a Liberal Party of Canada Member of Parliament for Mississauga-Centre.

Below is a visual comparison between the men in the background of the 2013 picture, Omar Alghabra and Brett Thalmann, and Alex Soros. 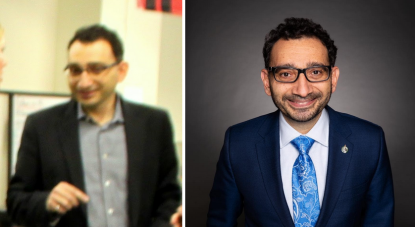 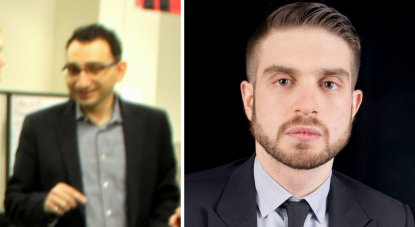 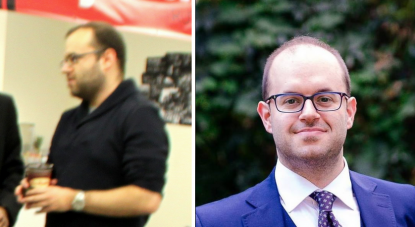 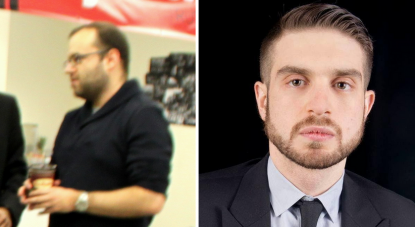 Contacted by AFP to comment on the picture, Alghabra and Thalmann did not reply.