A post purporting to show the harmful side-effects of sharing wigs is gaining traction on Facebook. The images are real -- however, they show the scalps of two people undergoing hair transplants.

Warning: Readers may find the images used in this post unpleasant, particularly those suffering from trypophobia. 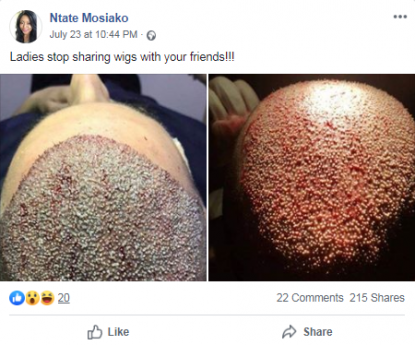 Comments on the post showed that some readers believed that sharing wigs could indeed result in the painful-looking condition seen in the picture, while others noted that the heads looked like they belonged to men.

The two images used to show the effects of sharing wigs are from Istanbul-based transplant rooms: Fue Hair Transplant Istanbul and the clinic of Dr Hamid Ayadin, as seen on their social media pages. 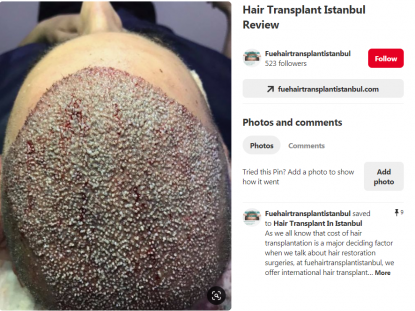 A screenshot taken on August, 1 2019 of the image posted on Pinterest

The hair transplant industry and the trade in wigs are both growing around the world.

The global market for wigs and hair extensions, meanwhile, is estimated to reach revenues of more than $10 billion by 2023, growing at a compound annual growth rate of approximately nine percent during 2017-2023 according to research by Arizton.