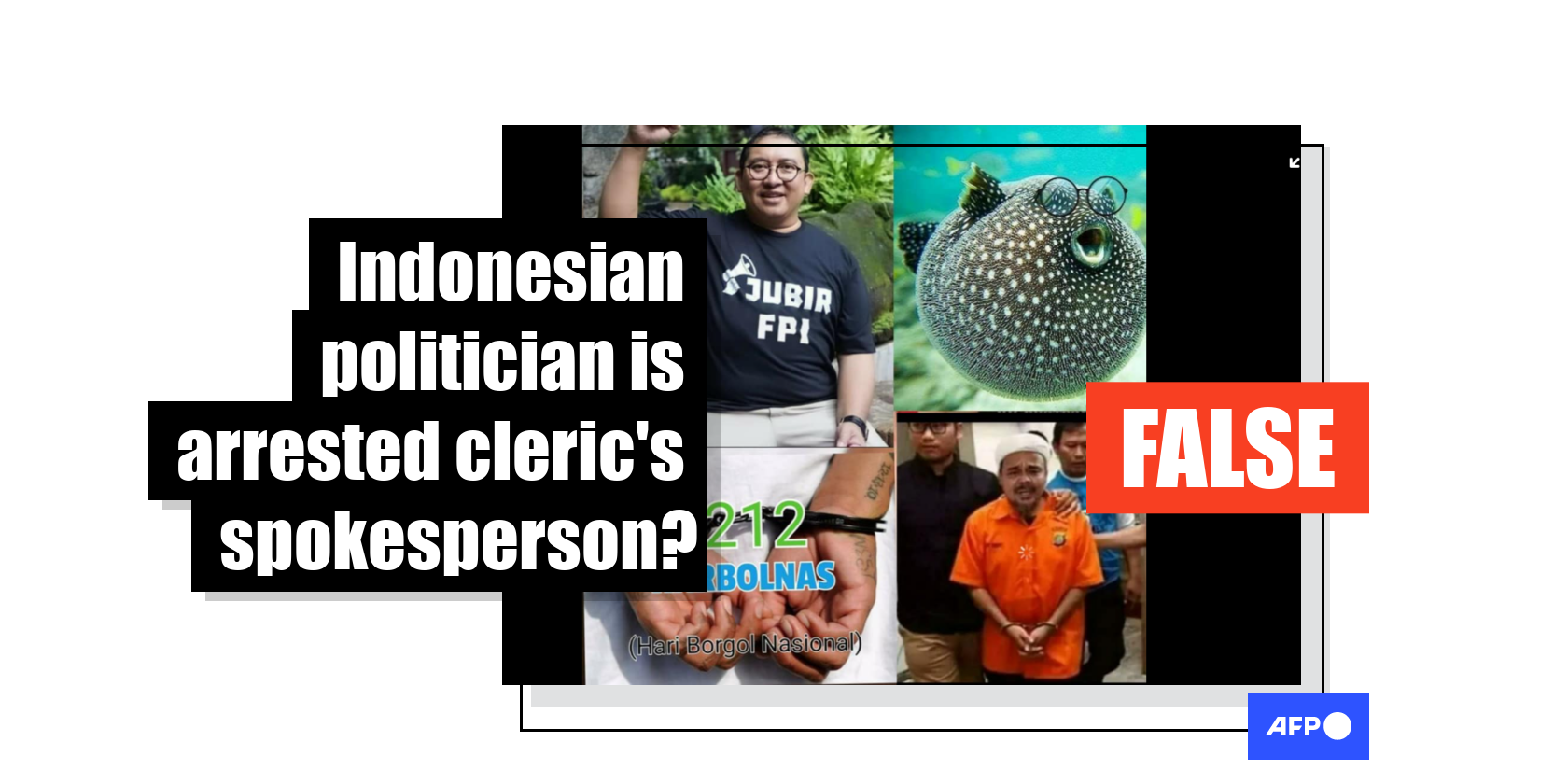 Two images have been shared in multiple Facebook posts purporting to show an Indonesian Muslim cleric and an Indonesian legislator alongside a claim that the legislator is a spokesperson for the arrested cleric’s organisation. The claim is false; both photos have been manipulated.

The photo collage includes an image in the top left-hand corner of Indonesian legislator Fadli Zon that purports to show him wearing a black shirt printed with an Indonesian-language text that says: “FPI spokesperson”.

The Indonesian-language caption translates to English as: “After financial supporters deserted HRS, there’s still an HRS defender from Gerindra Party in parliament.”

“HRS” is the abbreviation for “Habib Rizieq Shihab” – habib is an honorific commonly used to refer to Muslim scholars who are believed to be descendants of the Prophet Mohammed.

Gerindra Party is a political party in Indonesia.

Police arrested Rizieq on December 13, 2020, for allegedly violating Covid-19 health protocols after he held a series of events attracting tens of thousands of people in November 2020, AFP reported.

The same image of Rizieq was also shared here and here.

The same photo of Fadli also appears in other Facebook posts, such as this one and this one.

The images, however, have been manipulated.

A keyword search found the text on Fadli’s shirt actually reads: “People’s Spokesperson”, as shown in this photo published on his Twitter account on December 28, 2019. The photo was published alongside two other photos of him wearing the same shirt.

Below is screenshot comparison between the image of Fadli in the misleading post (L) and the original photo (R): 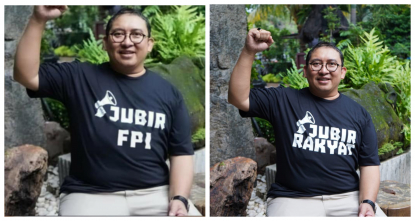 A reverse image on Google followed by a keyword search found the image that purports to show Rizieq in handcuffs has been edited. The original photo shows detained Indonesian social media influencer Jonru Ginting, published in this report by local media iNews in September 2017. 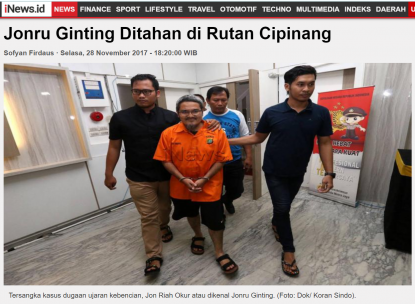 Photos of Rizieq when he was detained by police on December 13, 2020, can be seen here and here.