These are old photos taken before the Myanmar military coup

Three photos shared thousands of times on Facebook claim that they show Myanmar military’s helicopter shot down by the Karen National Union (KNU), one of the largest armed ethnic groups in Myanmar, on March 30, 2021. The photos circulated online following the recent armed clashes between the Myanmar army that staged the coup and the KNU along the Myanmar-Thailand border which fled thousands of people into Thailand. However, the claim is false. The photos in fact show a French helicopter and a different incident in Afghanistan in 2020.

The photos were published on Facebook here on March 30, 2021. The post was shared more than 13,000 times before it was removed. 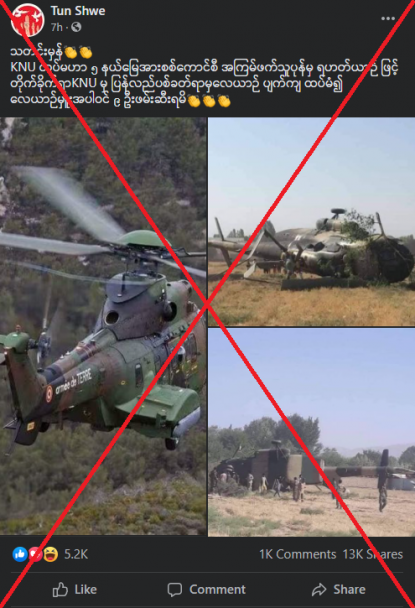 The Burmese-language caption translates in English as: “True news. Military Council terrorist insurgents attacked the KNU Brigade 5 area with a helicopter. Nine (soldiers), including the pilot, were arrested in the helicopter crash by the return fire of the KNU.”

The Karen National Union (KNU) is the oldest insurgent group in Myanmar and has waged armed conflict with the central government for decades. It is one of several armed ethnic groups to threaten Myanmar’s junta with retaliation for its deadly crackdown on demonstrators protesting against its power grab in February’s coup.

The photos were also published with a similar claim on Facebook here, here, and here.

A reverse image search on Bing found the first photo in the misleading post was published on French helicopter blog Helicopassion, in this blog post about the specification of the French military helicopter AS532 Cougar. 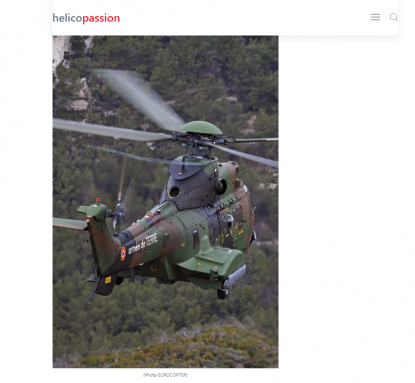 The text on the helicopter in the photo reads “armée de TERRE”, which refers to France’s ground army.

The photo was also published here in a post on Korean blog Naver in 2012.

Below is a screenshot comparison of the photo of the misleading post (L) and the Helicopassoon’s photo (R) : 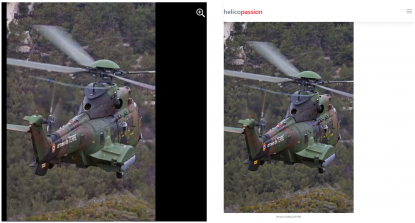 A Google reverse image search of the second and third images traced them to this report and this tweet by Afghan news channel TOLU News on November 11, 2020 about an Afghan army helicopter crash.

Screenshots of the two TOLOnews’s reports, taken on March 31, 2021

Below is a screenshot comparison of the photos of the misleading posts (L) and the photos in TOLOnews’s report (R) : 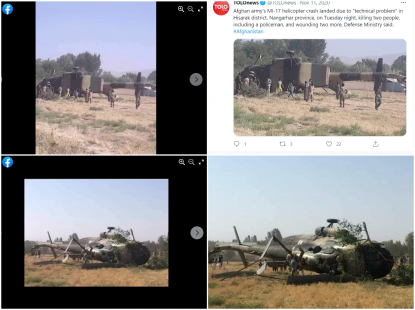