Skip to main content
This photo taken on August 6, 2020 shows people walking around a night market in Wuhan in Chinas central Hubei province. - The city's convalescence since a 76-day quarantine was lifted in April has brought life and gridlocked traffic back onto its streets, even as residents struggle to find their feet again. Long lines of customers now stretch outside breakfast stands, a far cry from the terrified crowds who queued at city hospitals in the first weeks after a city-wide lockdown was imposed in late January to curb the spread of the COVID-19 coronavirus. (Photo by Hector RETAMAL / AFP)

Social media posts circulating in China purport to show the country’s latest population statistics from 2020. However, the figures are false. They include outdated provincial figures from 2018 along with incorrect numbers for Hong Kong, Macau and Taiwan. China has not yet released its population data for 2020.

The claim was shared here on Chinese news app Toutiao on March 14, 2021.

The post shares an image apparently showing the population for each of China’s 34 provincial-level divisions, including special administrative regions Hong Kong and Macau, and democratic Taiwan, which Beijing regards as a rebel province.

“Latest update on China’s population in each province in 2020,” the Chinese-language title in the image reads. The red text under the list reads: “1.42 billion in total”. 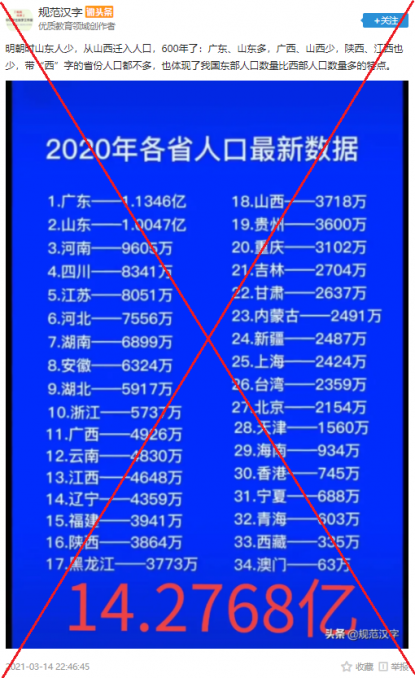 Screenshot of claim shared on Toutiao, taken on April 1, 2021.

The same image was also shared on Facebook here, here and here, and on Chinese online portal QQ.com.

Most of the figures in the list the numbers in the misleading post’s image correspond to China’s population data from 2018, not 2020.

The figures for all places in the list except Taiwan, Hong Kong and Macau appear in this news report by Chinese state media CCTV from June 16, 2019.

The list’s title reads: “The total permanent resident in the 31 provinces''. It compares the population between 2018 and 2017. 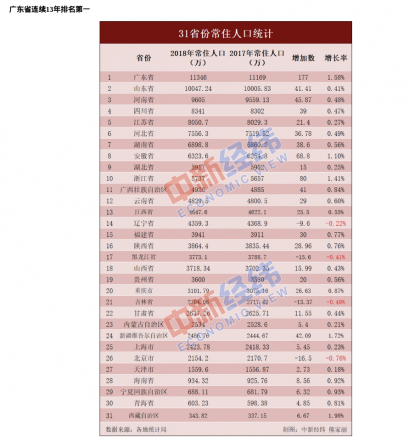 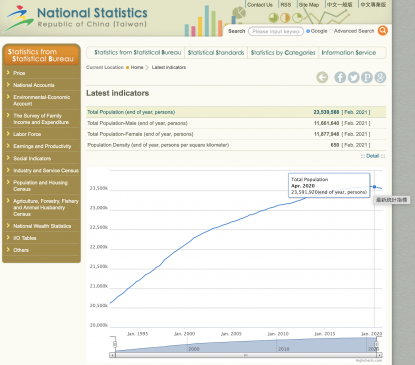 A screenshot, taken on April 1, 2021, of the Republic of China Taiwan National Statistics.

The 2020 population for Hong Kong is also incorrect. This is listed in the misleading post as 7,450,000, although the official figure was reported as 7,474,200, according to the Hong Kong Census and Statistic Department. 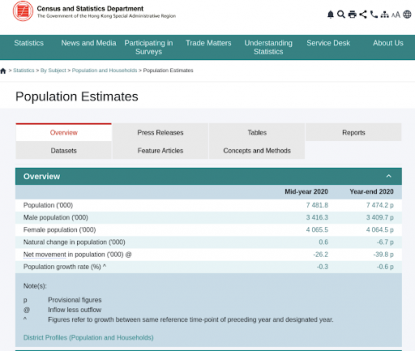 A screenshot, taken on April 1, 2021, of the Hong Kong Census and Statistic Department.

The population in Macao is also incorrectly stated in the misleading post. Macao’s population was reported as 683,100 rather than 630,000, as shown here in the Government of Macao Special Administrative Region Statistics and Census Service.

A screenshot, taken on April 1, 2021, of the data from Government of Macao Special Administrative Region Statistics and Census Service.

The latest population in China in 2020 has not been released yet by the National Bureau of Statistics.