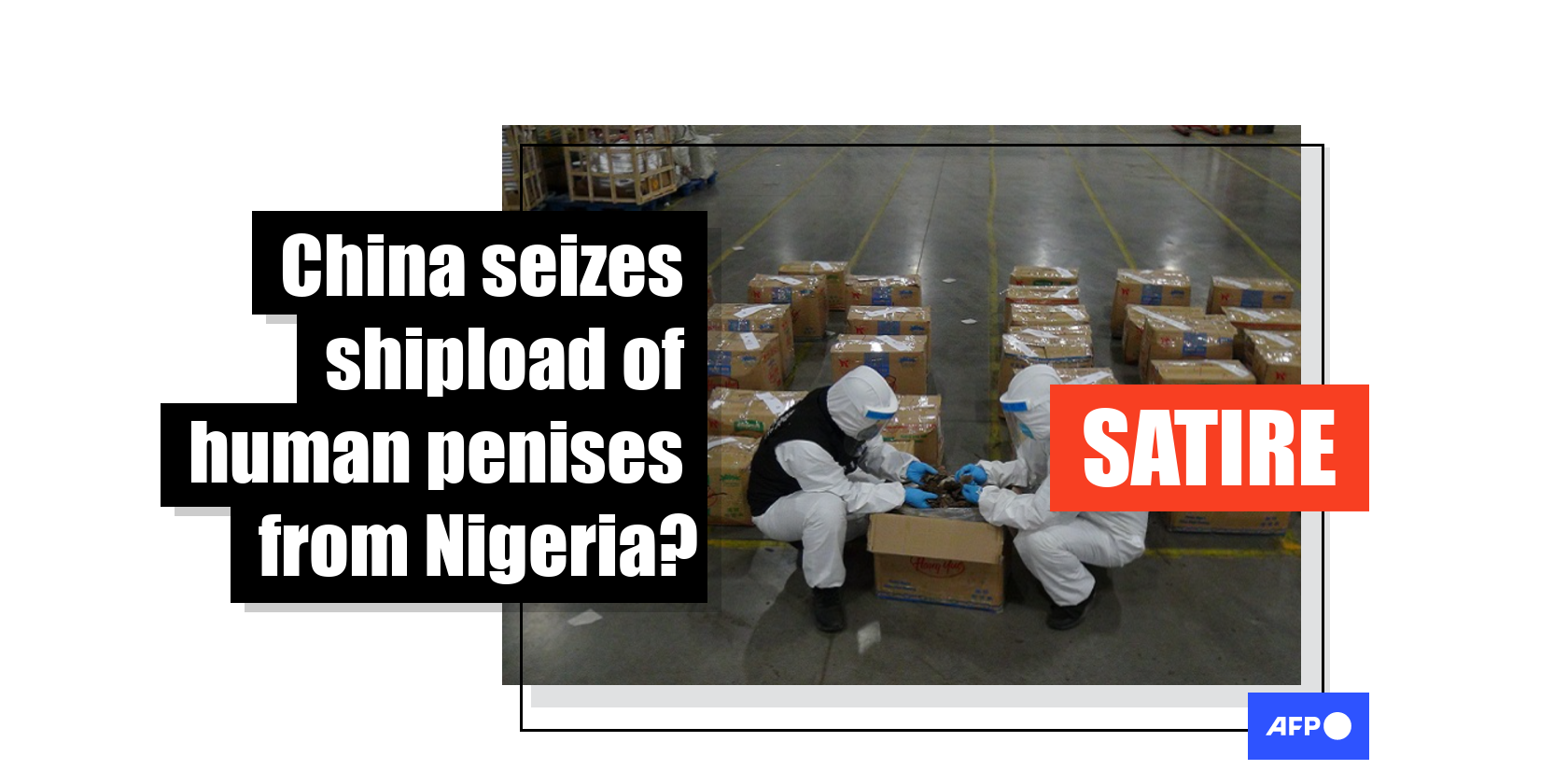 A story that has been shared multiple times on social media, including WhatsApp, claims that thousands of human penises shipped from Nigeria in a refrigerated container were intercepted in China. The claim is false; the story originated on a satirical website, and the accompanying photo was published in an article about a pangolin seizure in 2020.

The article was first published by World News Daily Report (WNDR) on March 19, 2021, according to data provided by social media monitoring tool CrowdTangle.

It has been shared nearly 700 times on Facebook and reposted by online news sites including Naija Tell, The Podium, Gbetu TV, Town Crier and Sundiata Post.

This article surfaced about a year after AFP Fact Check debunked a different story from the same satirical website, whose slogan is  "facts don't matter".

The Biafra separatist group has been pushing for an independent state in southeastern Nigeria since 1970, which has resulted in repeated clashes with Nigeria’s security forces and heightened tensions in the region.

“This is What Our Leader IPOB Mazi Nnamdi Kanu Was Saying....That Nigeria Security Agencies ...Esp The DSS And SARS Arrest Our People, kill them and Harvest Their organs and Sell to Chinese.....(sic),” reads the caption of a post on this Facebook account.

“If there is any proof needed for this allegation...this is it....Security Agencies In Nigeria Esp SARS Unit Funded by the British Are Predators!” the caption continues. 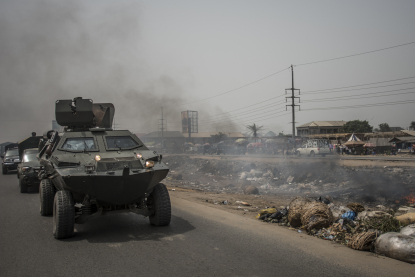 Nigerian military patrols with a tank in Nigeria’s southeastern city of Aba on February 15, 2019 (Photo by Cristina ALDEHUELA / AFP)

WNDR’s story was also published on WhatsApp and Instagram, as well as on Twitter. Twitter user Savn Daniel previously shared a claim about the supply of French weapons to Nigerian Islamist group Boko Haram that AFP Fact Check debunked.

This recent article has also circulated in other African countries, including Malawi, Uganda, Kenya, Ghana and the Democratic Republic of Congo.

However, the entire story is fabricated.

The World News Daily Report is a satirical website, which it explains in a disclaimer in its “About Us” section. The site assumes “all responsibility for the satirical nature of its articles and for the fictional nature of their content.” Screenshot of the disclaimer on World News Daily Report’s website, taken on April 12, 2021

The disclaimer also states that “all characters appearing in the articles in this website – even those based on real people – are entirely fictional and any resemblance between them and any persons, living, dead, or undead is purely a miracle.”

Although the photo used in the fictitious article was taken in China, it is unrelated to the story’s purported seizure.

AFP Fact Check ran a Bing reverse image search and found the picture in a 2020 report on the website of China's customs agency. The report details a joint customs operations interception of 820 kilograms of pangolin scales that were smuggled into the country.

Screenshot of the website of Chinese customs, taken on April 12, 2021

“Customs seizes suspected smuggled pangolin scales at a logistics warehouse,” reads the Chinese caption of the photo translated into English.

Another reverse image search of the other image in the WNDR article led to a photo of four uniformed men that was published through stock photography agency Alamy on April 15, 2019.

"Vice Minister of the General Administration of Customs of China (GAC) Hu Wei (2nd L) speaks at a press conference in Beijing, capital of China, April 15, 2019," reads the caption on the photo without identifying the other three people. 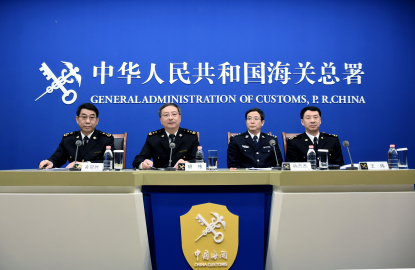 Furthermore, AFP's journalist in Hong Kong confirmed that none of the names plaques in front of the four Chinese officials read "Li Wu", who was identified as the customs spokesman in the satirical article.

As of April 13, 2021, the spokesman for the General Administration of Customs of China is Li Kuiwen, according to Chinese state-owned Xinhua news agency.