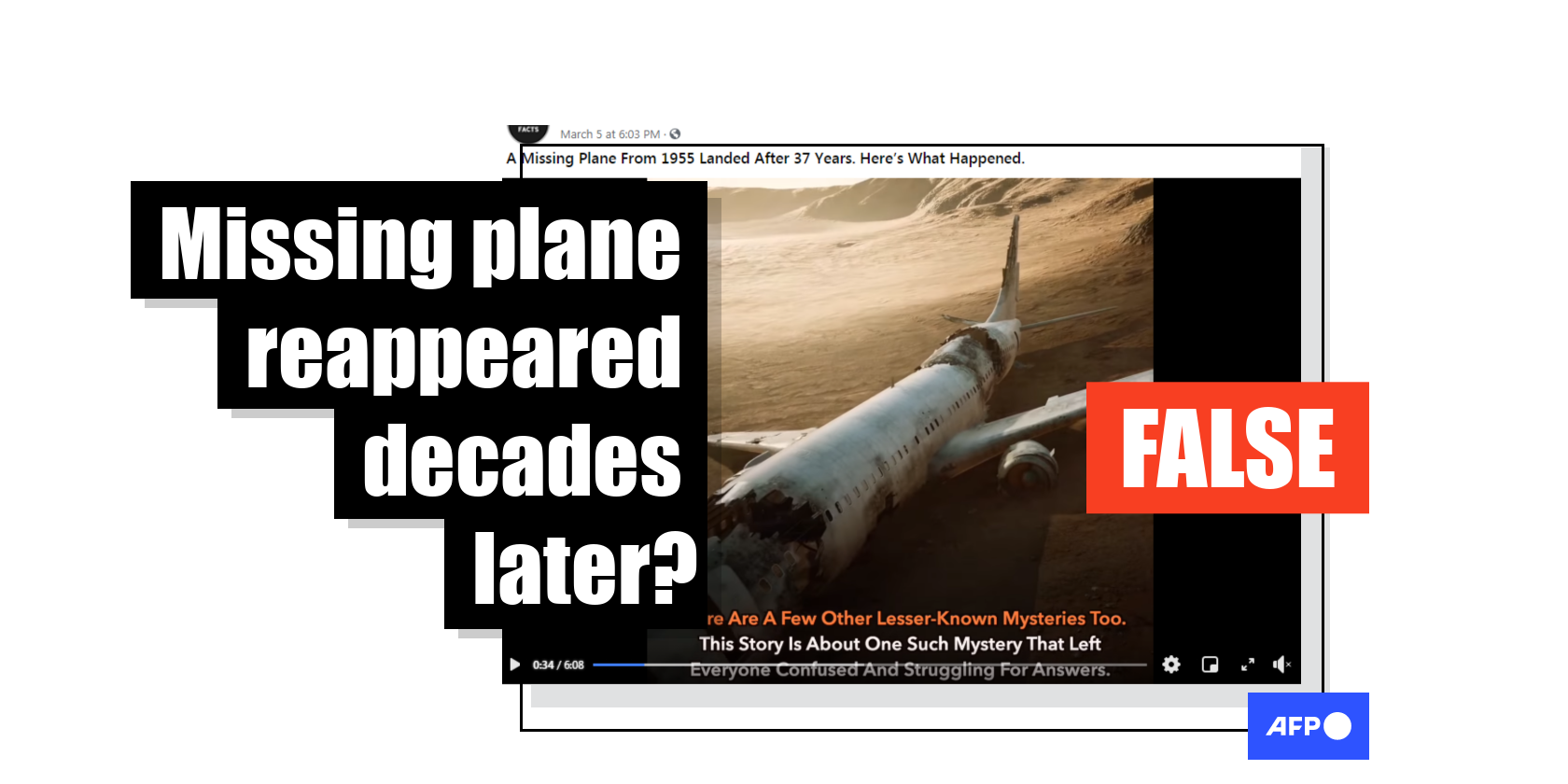 A post shared more than 75,000 times on Facebook in Kenya and India claims that a plane that went missing in 1955 appeared again 37 years later. The claim is false; this story was first published in an American tabloid known for its fictitious stories. Furthermore, in the video accompanying the post, the narrator notes that the story is likely a myth.

The text is accompanied by a video that claims Pan Am Flight 914 took off from New York in 1955, slipped from radar and then vanished, until its unexplained return 37 years later when it landed in Miami, Florida. 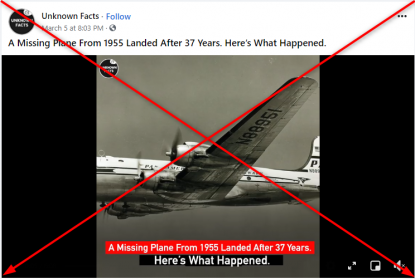 The story originated in an article published in May 1985 in the Weekly World News, an American print-based tabloid that was in circulation between 1979 and 2007. It relaunched online in 2009. 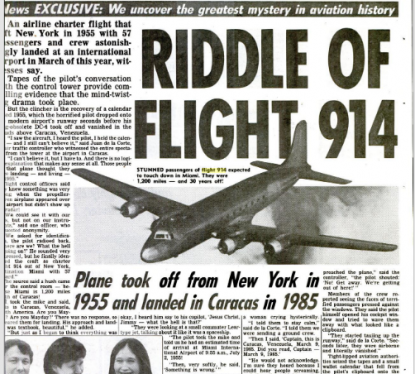 However, the story of Pan Am Flight 914, much like other tales published by The Weekly World News, is bogus.

Snopes previously debunked the story in 2019, the same year that a YouTube page called “Bright Side” breathed new life into the myth when it published a viral video that has been viewed more than 19.2 million times.

Even the video itself casts doubt, with the narrator noting after seven minutes of rehashing the claim that “the story just seems to be an elaborate fabrication”. 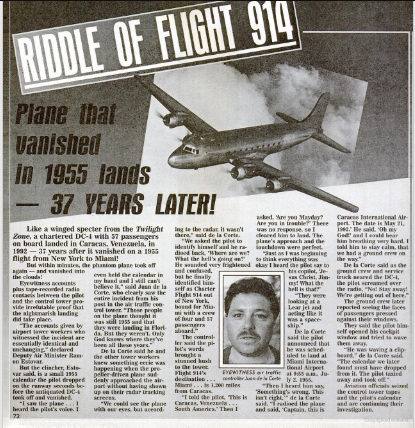 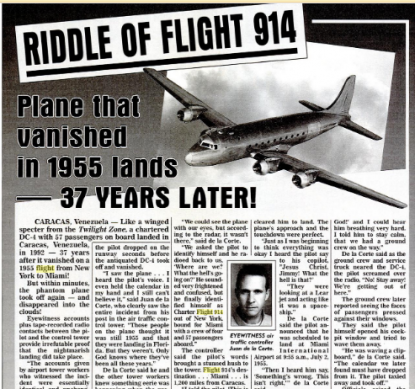 A reverse image search shows that the picture of the plane used by the Weekly World News is actually a stock photograph on Alamy of a DC-4  sporting the livery of rival airline TWA in about 1935.

And not only are there no credible news reports to support the claim, but there is also no mention of the flight in the US department of transport’s records of investigations into aircraft accidents from 1934 to 1965.