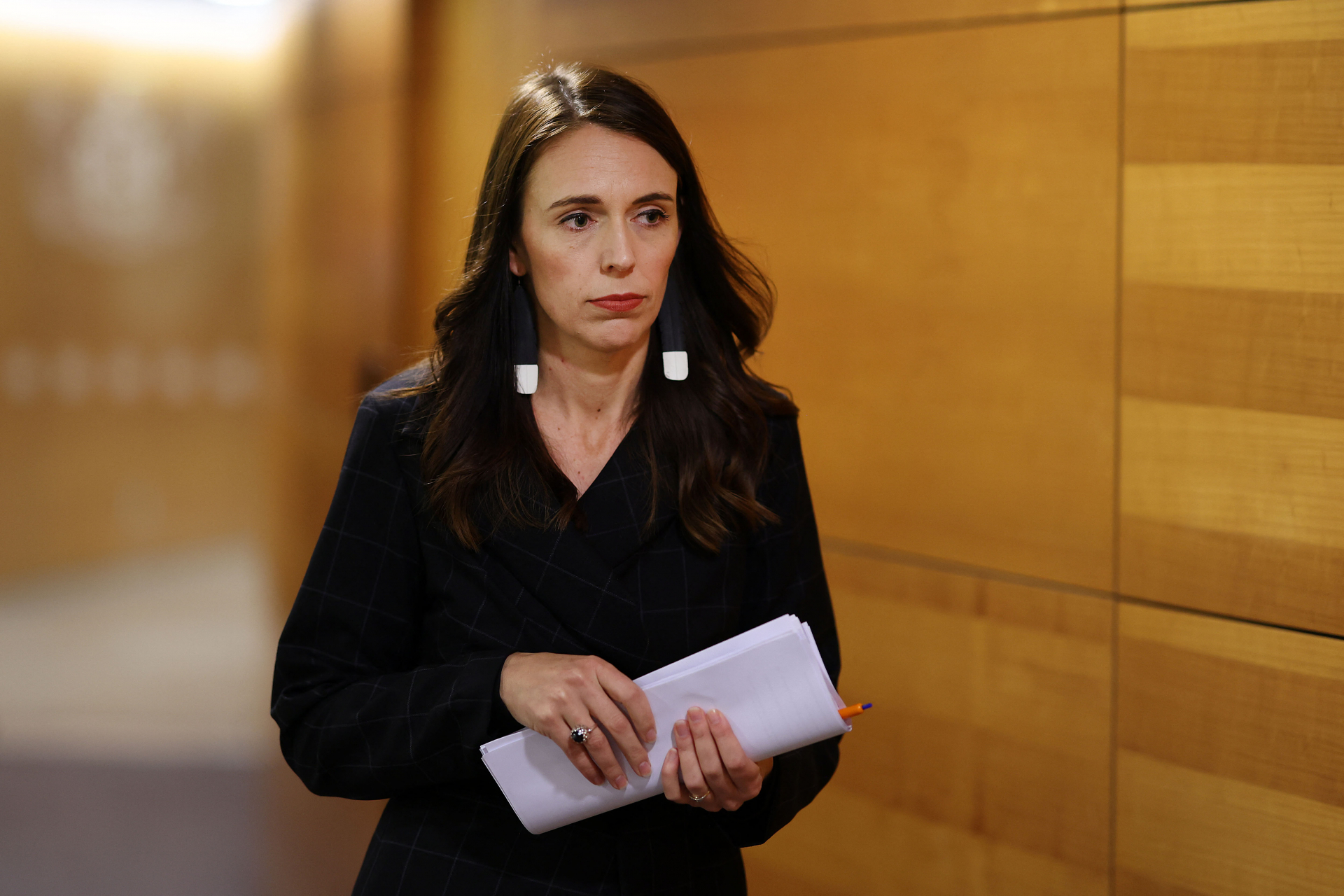 New Zealand's Prime Minister Jacinda Ardern arrives for a press conference to speak about the charges laid over the 2019 White Island volcanic eruption, in Wellington on November 30, 2020. (AFP / Marty Melville)

Multiple Facebook posts claim US-based company Dominion Voting Systems, which has been the centre of conspiracy theories and false claims of voter fraud in the United States, was used in New Zealand’s 2020 election. The posts question whether Prime Minister Jacinda Ardern was legitimately elected. The claims are misleading: the New Zealand Electoral Commission told AFP they do not use machines or software from Dominion Voting Systems. In October 2020, Prime Minister Ardern won a landslide victory in New Zealand's general election, leveraging success battling Covid-19 into an unprecedented majority.

The claims were shared by a New Zealand-based user here. 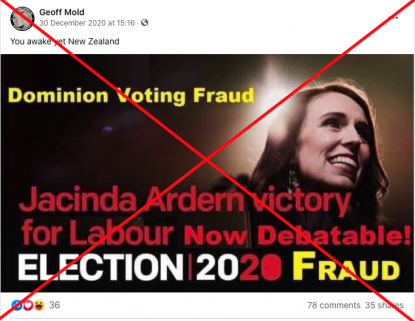 The image also features a logo at the bottom which reads: “ELECTION | 2020 FRAUD”.

Ardern's centre-left Labour Party took 64 seats in the 120-member parliament with 49 percent of the vote in October 2020, as AFP reported here.

Dominion Voting Systems is a Denver-based voting software company that has become the focus of false claims and conspiracy theories propagated by former US President Donald Trump and Republican ally Sidney Powell about the 2020 US Election.

AFP has previously debunked conspiracy theories and rumours surrounding Dominion, including claims that an explosion in Nashville was connected to an audit being conducted on the company and an image showed a Dominion employee improperly storing voting data.

The misleading image has been shared by other users here, here, here and here.

“In New Zealand, votes in parliamentary elections are counted by hand. We do not use machines to count votes at general elections, including the 2020 election,” the January 11, 2021 email reads.

According to the Electoral Commission, once votes in parliamentary elections have been counted the results are recorded manually and entered into the Election Management System which produces the official results for the election.

“The Election Management System was developed for us by a New Zealand company, Catalyst. The Commission owns the system and maintains it with technical support from Catalyst."

In response to a question on Twitter about the voting system used in New Zealand, the Electoral Commission reiterated in this tweet the New Zealand-based company called Catalyst designed and implemented the country’s Election Management System.

The developer of our Election Management System is Catalyst.

According to the company’s website, the “core election management system used by the Electoral Commission is built by Catalyst” which “performs the MMP calculations and provides detailed voting data to all the major media organisations”.

MMP is an acronym for mixed member proportional, the voting style used in New Zealand which allows each eligible voter two votes in parliamentary elections, a party vote and electorate vote.