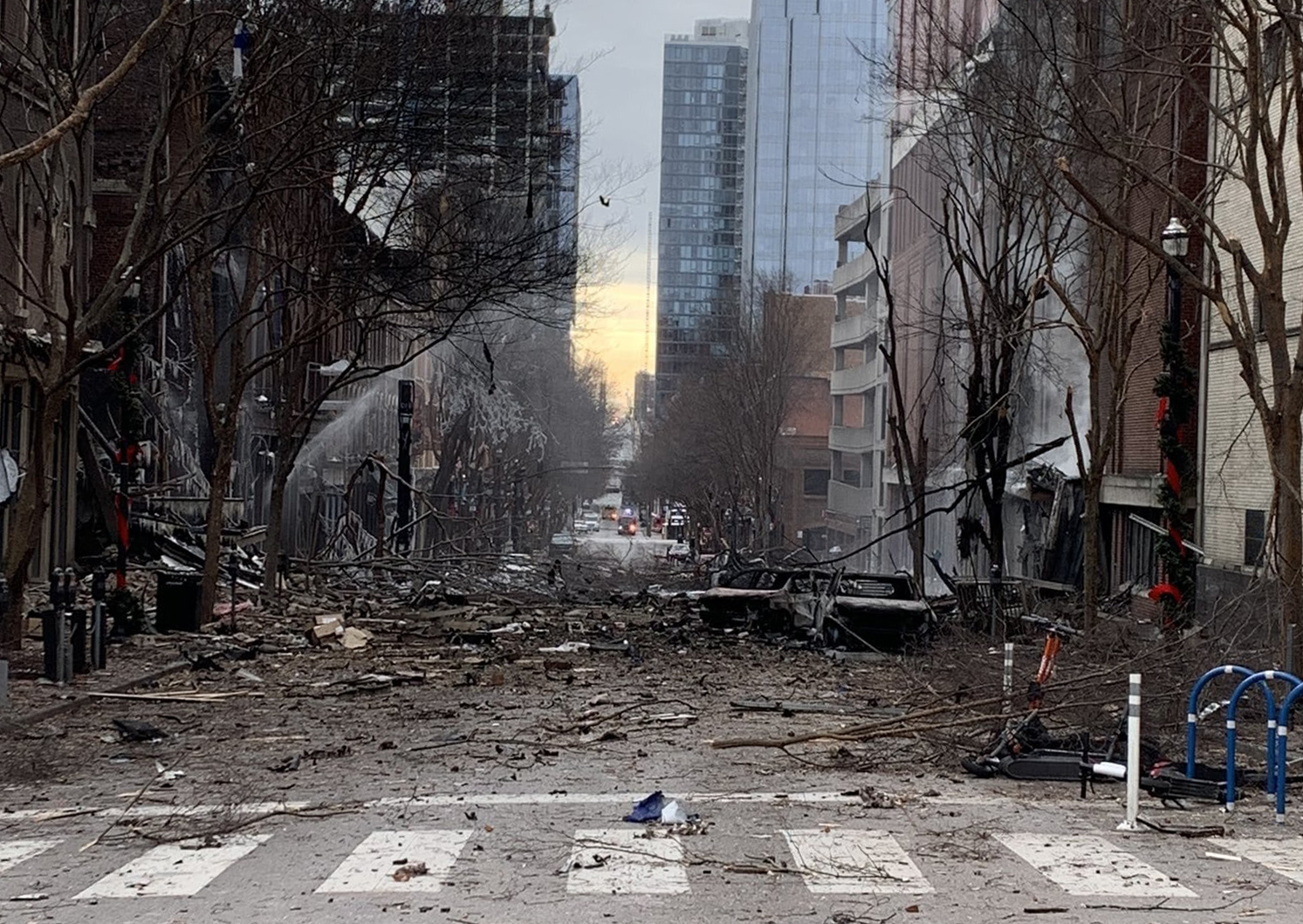 Social media posts shared thousands of times claim AT&T was contracted to conduct a “forensic audit” of machines from election technologies firm Dominion Voting Systems, linking this to a bombing near one of the telecommunication company’s facilities in the US city of Nashville. But AT&T and Dominion say the audit claim is false.

“AT&T got a contract to do forensic audit on Dominion voting machines and those machines were being moved to Nashville this past week,” says a December 27, 2020 Facebook post.

“The explosion ‘just happened’ to be at the AT&T location where they ‘just so happen’ to control the cooling system for the super computer and house the dominion voting machines and drives for forensic audit,” it says. 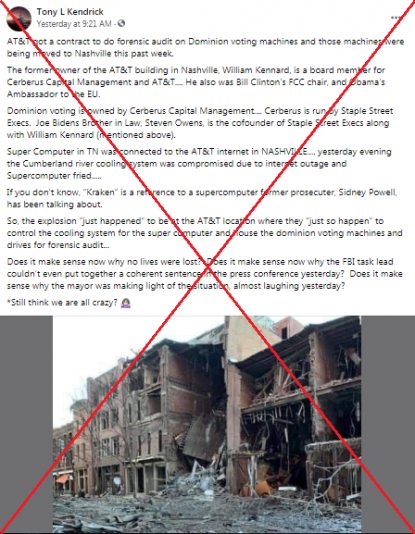 An explosion ripped through downtown Nashville on Christmas Day, killing the man suspected of setting off the bomb in the southern city, according to federal prosecutor Don Cochran.

Dominion Voting Systems has been repeatedly targeted by US President Donald Trump and his supporters with unfounded accusations of involvement in election fraud. AFP Fact Check has debunked other inaccurate claims about the company here.

AT&T said it is not conducting an audit of the firm.

“That is not true,” Jim Greer, AT&T associate vice president for corporate communications, told AFP by email when asked about the audit claim.

And Dominion said the claim is false.

“This is another bizarre lie being spread by known conspiracy theorists. It has zero credibility, and should be ignored by any credible media outlet,” a spokesperson for the company said by email.

Dominion was “acquired by its management team and Staple Street Capital,” according to this 2018 statement. Staple Street was co-founded by Stephen Owens -- not the husband of Biden’s sister Valerie, whose name is Jack Owens. 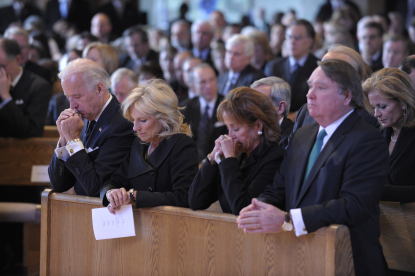