A video has been shared repeatedly in multiple posts on Instagram, Facebook and Twitter in December 2020 alongside a claim it shows an assistant of US President-elect Joe Biden being arrested for spying on Donald Trump. The claim is false; the video actually shows Ivan Klein, mayor of Russian city Tomsk, being detained in November 2020.

The video was posted here on Instagram on December 19, 2020.

It was viewed more than 20 times. 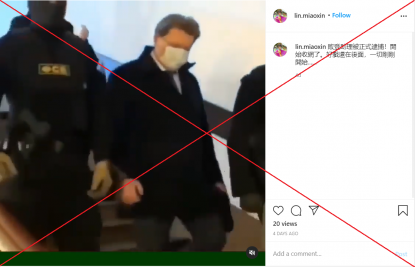 The clip shows a handcuffed man being escorted down a flight of stairs by a group of people wearing uniforms.

The post’s caption, written in traditional Chinese language, translates to English as: “Biden's assistant was officially arrested! Start to draw the net. The good show is yet to come, and it's just the beginning...”

The video was also shared with a similar claim here, here and here on Facebook; and here on Twitter.

Corresponding visuals can be seen at the three-second mark of the YouTube video. 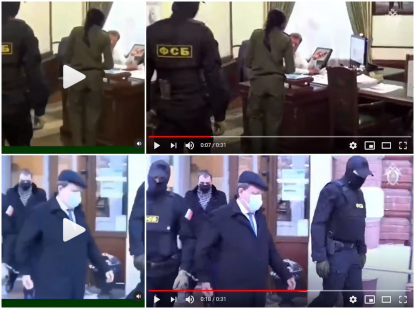 The Russian-language headline of the YouTube video translates to English as: “How Tomsk Mayor Ivan Klein was detained”.

The same video about Ivan Klein’s detention was also published such as by Russian television channels RBC TV here and Mir 24 here.

A statement on the detention was published here on November 16, 2020 by the Investigative Committee of Russia.

The title translates to English as: "Why was Tomsk Mayor Ivan Klyain arrested?"

The report translates in part as: "The press service of the regional Investigative Committee arrested the regional head on suspicion of exceeding his commission".

As of December 29, 2020, there are no credible media reports that an assistant employed by Joe Biden has been arrested on suspicion of spying.