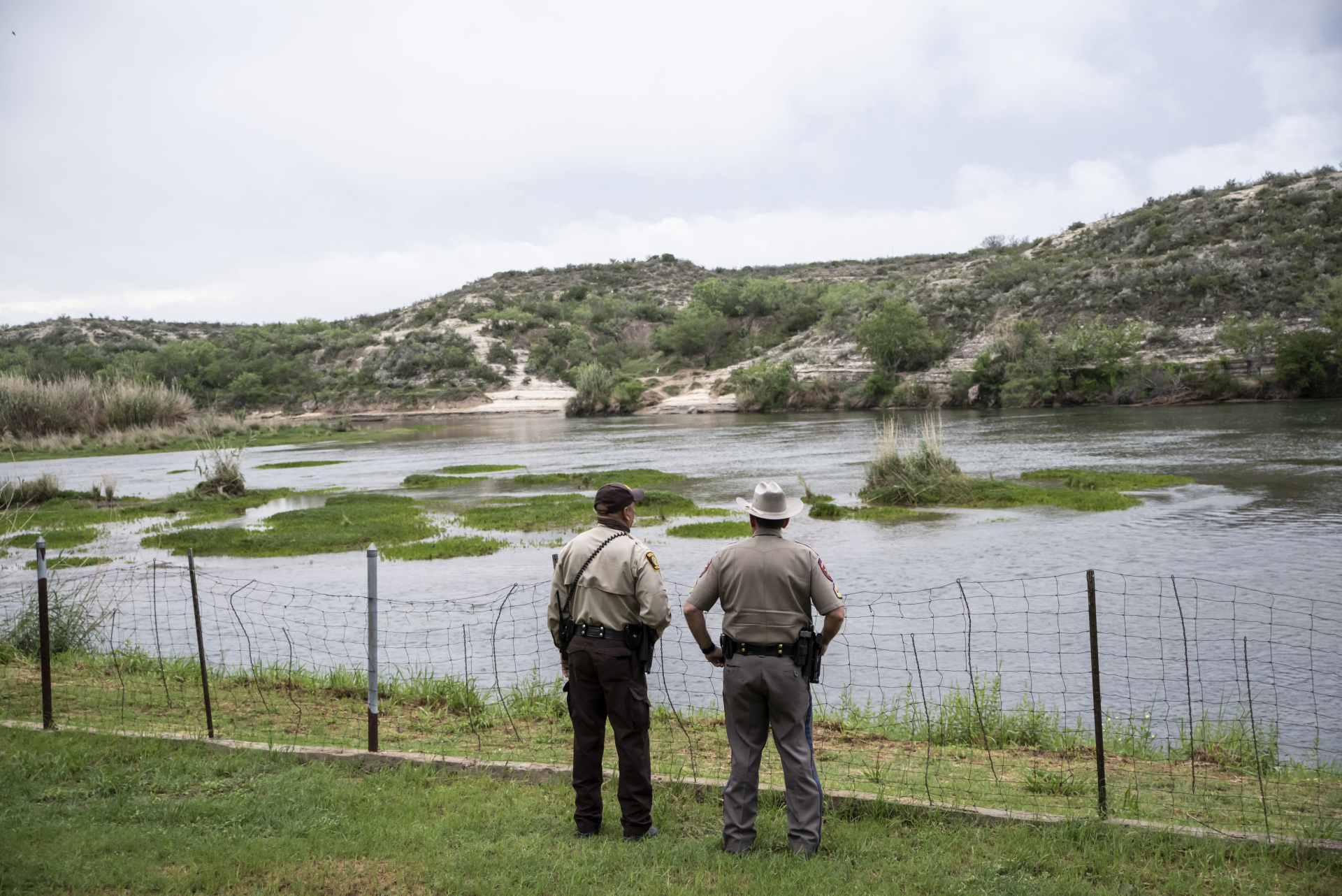 A pair of officers look out at the Rio Grande between Mexico and the United States in Del Rio, Texas on May 16, 2021 (AFP / Sergio Flores)

Social media posts claim President Joe Biden’s administration is resuming construction of Donald Trump’s border wall. The US government, in fact, is repairing the Rio Grande Valley flood levee because past border barrier work caused significant damage, and officials have repeatedly said the latest work in Texas is not a continuation of the wall project.

“Since the wall was racist when President Trump was building it, does that make Joe Biden racist since he’s continuing it?” says a May 14, 2021 Instagram post.

The post features a tweet from former White House social media director Dan Scavino that spread another tweet claiming the US Army Corps of Engineers (USACE) would restart border wall construction in the Rio Grande Valley, with Fox News cited as the source. 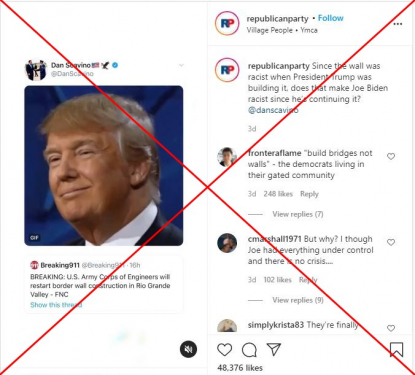 The claim also appears on Instagram here, and was spread on Facebook by Benny Johnson and on Twitter by Charlie Kirk, respectively the founder and chief creative officer of conservative student organization Turning Point USA, who have more than 2.7 million followers between them.

On January 20, 2021, Biden signed a proclamation pausing border wall construction. Biden has faced criticism from political opponents who blame an increase in undocumented migrants attempting to cross into the United States on the president rolling back several of Trump’s immigration policies.

“Construction under the prior administration blew large holes into the Rio Grande Valley’s flood barrier system to make way for a border wall,” it said, adding that the repair work “will not involve expanding the border barrier.” 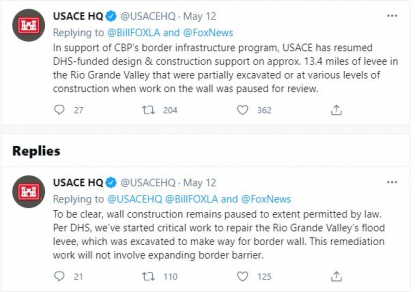 AFP Fact Check has debunked other inaccurate claims about the border wall here.