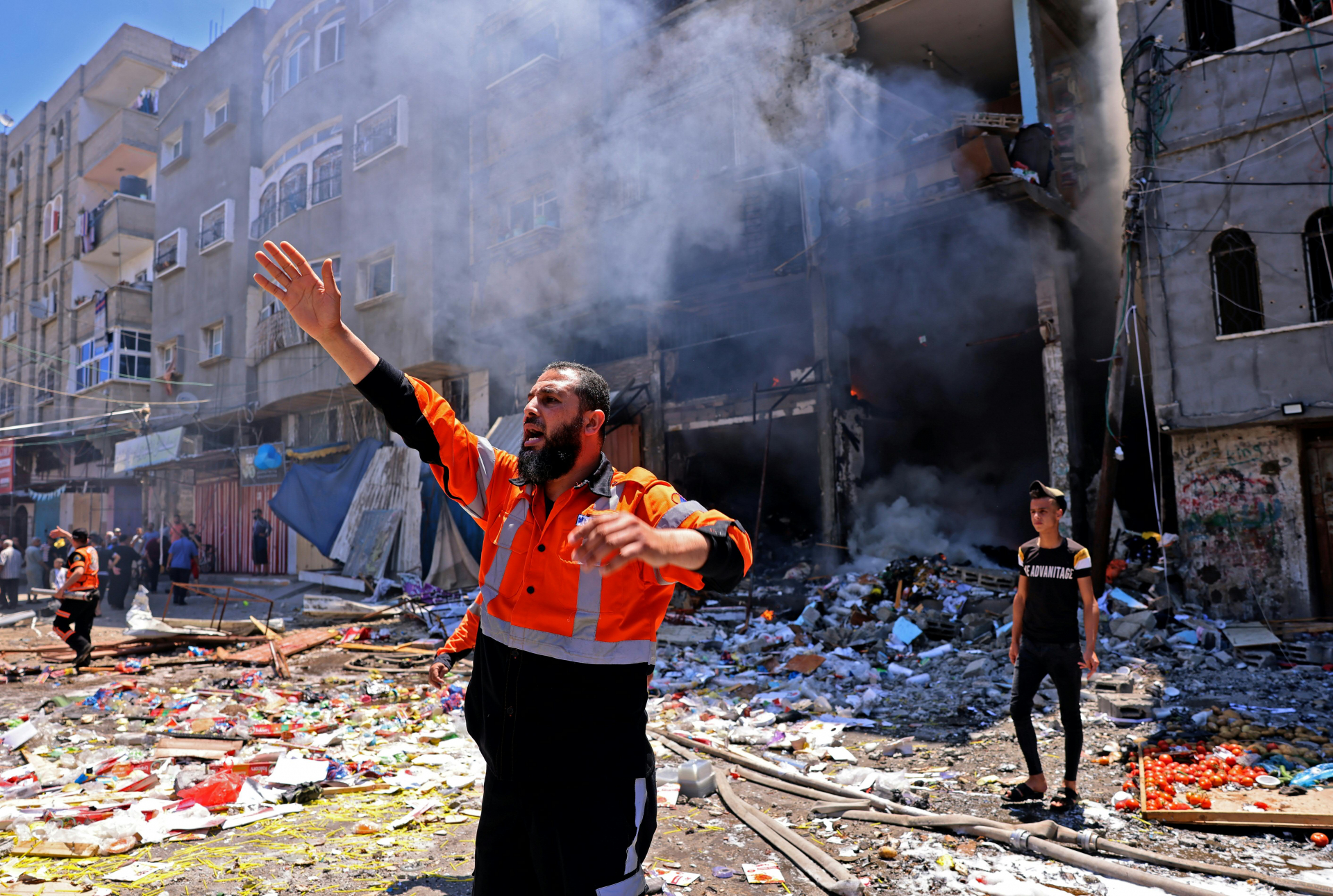 A Palestinian firefighter calls to colleagues after an Israeli strike on Rafah in the southern Gaza Strip, on May 15, 2021 (AFP / Said Khatib)

Photo of weeping Palestinian girl is not from latest conflict

A photo of a distraught Palestinian girl clutching her books following “the Israeli bombing” has been shared on social media during the current conflict in Gaza. But the image is a seven-year-old picture captured in the territory by Fadi Thabet, who confirmed the date it was taken and appealed for the photo not to be misused.

“These innocents search for their books and notebooks after the Israeli bombing,” says a May 14, 2021 Facebook post, appearing to link the photo, wrongly, to ongoing clashes. 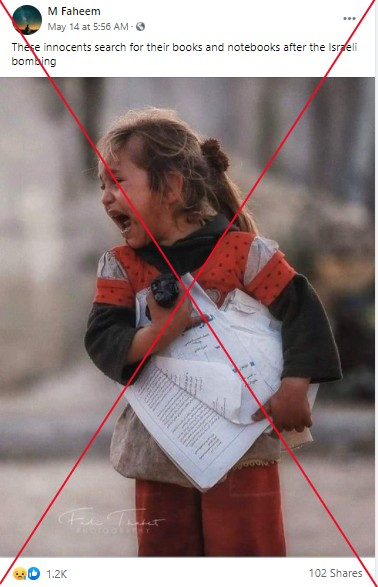 Although the posts do not specify which Israeli bombing they are referring to, they appeared four days after Palestinian armed groups started firing rocket volleys from the Gaza coastal strip toward Jerusalem, then Tel Aviv, sparking Israeli air strikes. The fighting followed unrest at Jerusalem's Al-Aqsa mosque compound.

But the photograph was not taken during the latest exchanges of fire between Israel and Hamas, Gaza’s Islamist rulers. It is from 2014, when Israel launched a military operation on the Gaza Strip aiming to end rocket fire and destroy tunnels used for smuggling.

That fighting left 2,251 dead on the Palestinian side, mostly civilians, and 74 among Israelis, most of whom were soldiers.

A Google reverse image search showed that the photo had circulated on social media in 2019, including on Twitter and YouTube. Further analysis using the InVid-WeVerify tool led to this copy of the picture which is clearly watermarked: “Fadi Thabet Photography.”

Online searches for “Fadi Thabet” and “Fadi Thabet Photography” led to a December 20, 2019 Facebook post by the Palestinian photographer, as well as to a YouTube interview with him dated August 6, 2019. 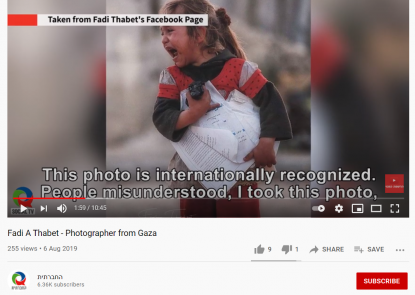 Screenshot taken May 17, 2021 of a 2019 video interview with photographer Fadi Thabet, showing his image of a Palestinian girl

During the video interview, when asked if there is a photo that constituted a turning point in his career, he cited the picture of the weeping girl.

“Thousands of people shared it,” but many thought it was from Syria, Iraq or Afghanistan, he said.

“People misunderstood. I took this photo. It belongs to me -- the photographer Fadi Thabet.” 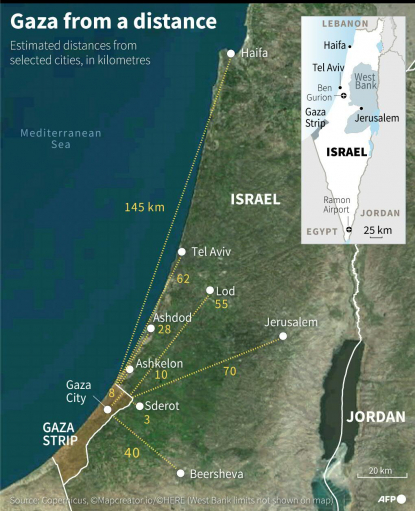 According to an English translation accompanying the video, Thabet said he was nearby after the Israeli army shelled the girl’s house, which she fled with only her books and those of her brother.

In his 2019 Facebook post, he also countered inaccurate claims about the photo of the girl, writing that “pictures of the Palestinian cause and the suffering of the people” should not be “exploited.”

Yet Thabet was forced to address the matter again on May 17, 2021, writing in a brief Facebook post accompanying the image of the girl that “this is an old photo, I took it, it is not new.”

The latest violence is the most serious since 2014. As of May 18, Israeli air strikes had killed 213 Palestinians, while rockets fired by Palestinian armed groups have claimed the lives of 12 people in Israel, according to officials on both sides.