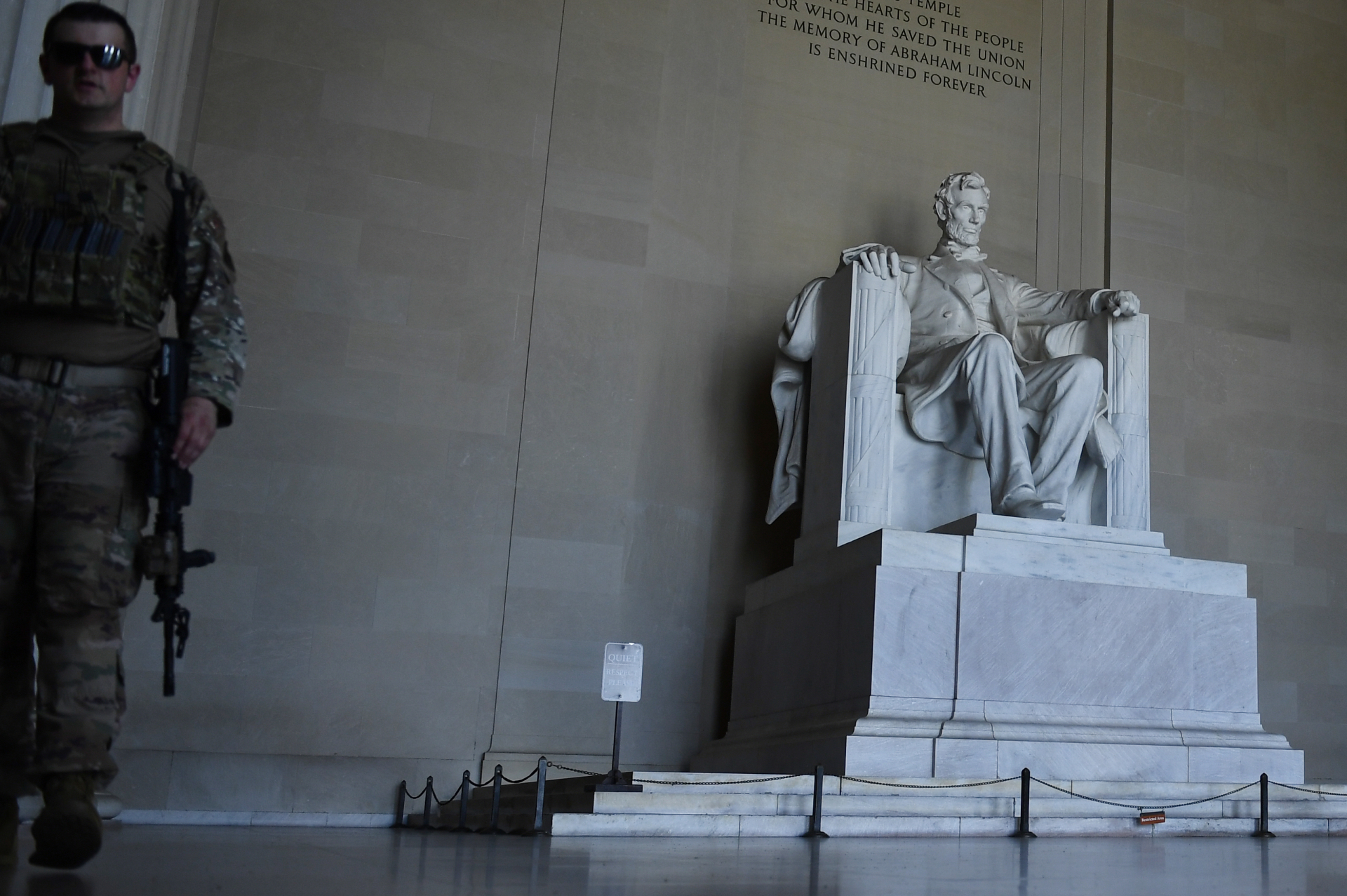 A member of the US military stands at the Lincoln Memorial in Washington, DC on June 4, 2020 (AFP / Brendan Smialowski)

Photo shows security at Lincoln Memorial, not US Capitol

Social media posts claim a photo shows security at the US Capitol during a Black Lives Matter protest, with some contrasting it with the failure of police to stop supporters of US President Donald Trump from storming the building where Congress meets. But the image shows members of the National Guard at the Lincoln Memorial, not the US Capitol, seven months before.

“Just a reminder, the 1st image was the capitol’s security during a Black Lives Matter protest, the second is from today,” says a January 6, 2021 Facebook post. 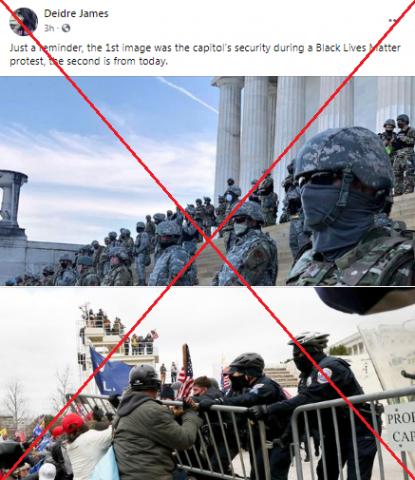 Trump supporters on January 6 stormed a long planned session of Congress meant to certify Joe Biden's victory in the 2020 election, which the president has repeatedly and falsely claimed was plagued by widespread fraud, including in a speech shortly before the Capitol was breached.

Security forces have been criticized over the US Capitol break-in, while their failure to keep the Trump supporters out has been contrasted with the often heavy handed response faced by Black protesters in the country.

But the photo in the post does not show greater preparedness at the building during protests against racism and police brutality that followed unarmed Black man George Floyd’s death in police custody in 2020 -- it was taken at the Lincoln Memorial, a landmark at the opposite end of Washington’s National Mall.

The image was taken by ABC News. Its caption reads: “National Guard deployed on the steps of the Lincoln Memorial during peaceful protests,in Washington, June 2, 2020.” 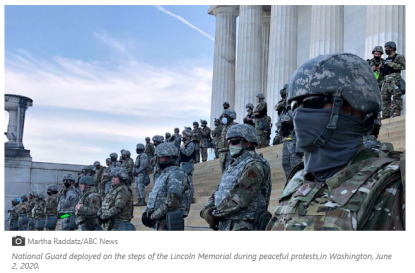 A screenshot taken on January 7, 2021 shows an ABC News photo

AFP Fact Check has debunked other false or misleading claims related to Floyd’s death and the protests that followed here.