This photo shows a road in a national park in South Australia, not in Kenya

A photo has been shared hundreds of times on social media in Kenya alongside a claim that it shows a road connecting two towns in Kenya’s Rift Valley province. However, the claim is false: the image features a winding tree-lined road that cuts through the Flinders Chase National Park in South Australia. 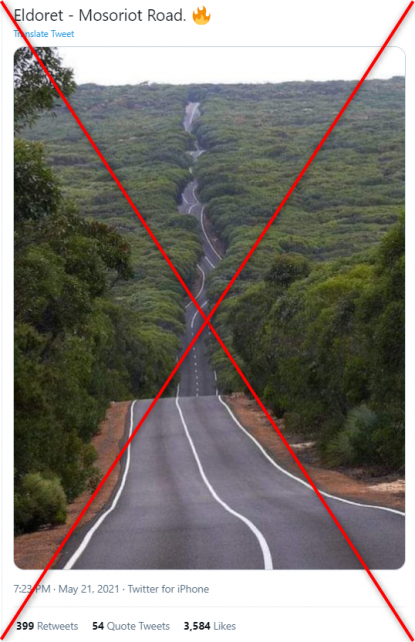 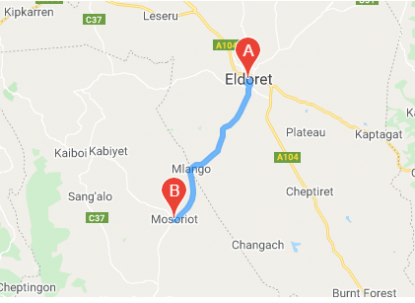 Screenshot of a map showing the road linking Eldoret to Mosoriot town, taken on May 31, 2021

But the claim that the photo shows the road linking both towns is false.

By performing a reverse image search, AFP Fact Check found the picture in the online archives of Getty Images. It was taken by photographer Ryan Newton and shows the road to Cape du Couedic, in the Flinders Chase National Park in the state of South Australia.

Other websites including the BBC, Alamy and Flickr have also published the same photo.