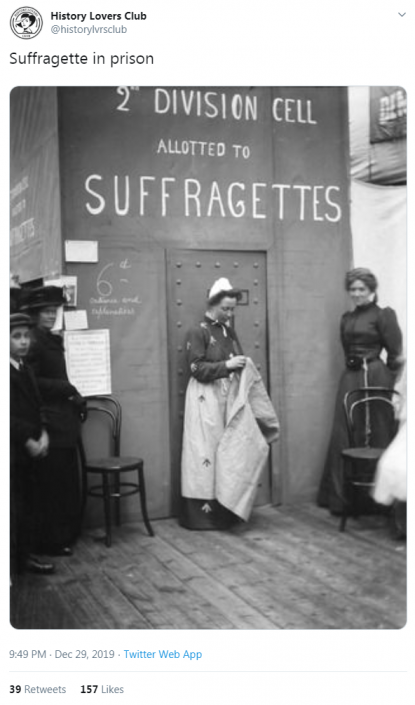 “Suffragette” refers to women who campaigned for women’s rights, primarily the right to vote in political elections, from the 19th century to the late 20th century in the UK and the US.

The claim is misleading; the photo actually shows a mock prison cell which was by suffragettes at the Women’s Exhibition in London, England in 1909.

The same photo was published here by the Museum of London. 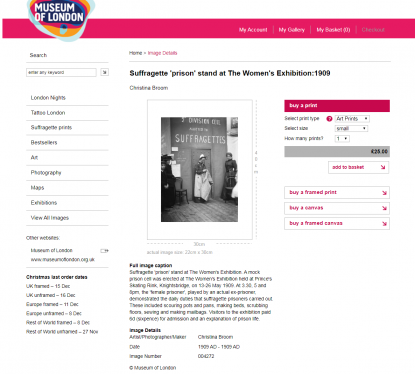 A screenshot of the photo used by the Museum of London

The caption states: “Suffragette 'prison' stand at The Women's Exhibition. A mock prison cell was erected at The Women's Exhibition held at Prince's Skating Rink, Knightsbridge, on 13-26 May 1909. At 3.30, 5 and 8pm, the 'female prisoner', played by an actual ex-prisoner, demonstrated the daily duties that suffragette prisoners carried out. These included scouring pots and pans, making beds, scrubbing floors, sewing and making mailbags. Visitors to the exhibition paid 6d (sixpence) for admission and an explanation of prison life.

Here is an article about Broom, who frequently photographed suffragettes, published on the museum’s website on December 14, 2017.

Other images of suffragettes credited to her can be found here, here and here on the museum’s website.

MailOnline, the website for UK tabloid The Daily Mail, used the same photo of the mock prison stand in this report published on August 22, 2017.

The photo caption states: “A mock prison cell for Suffragettes erected at The Women's Exhibition held at Prince's Skating Rink in Knightsbridge, May 1909”.

Below is a screenshot of the image in the report highlighted in red by AFP: 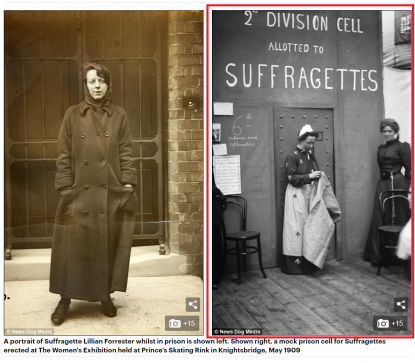 A screenshot of the photo used in the MailOnline's report

No, it is a Chinese rocket doctored with the Ethiopian flag