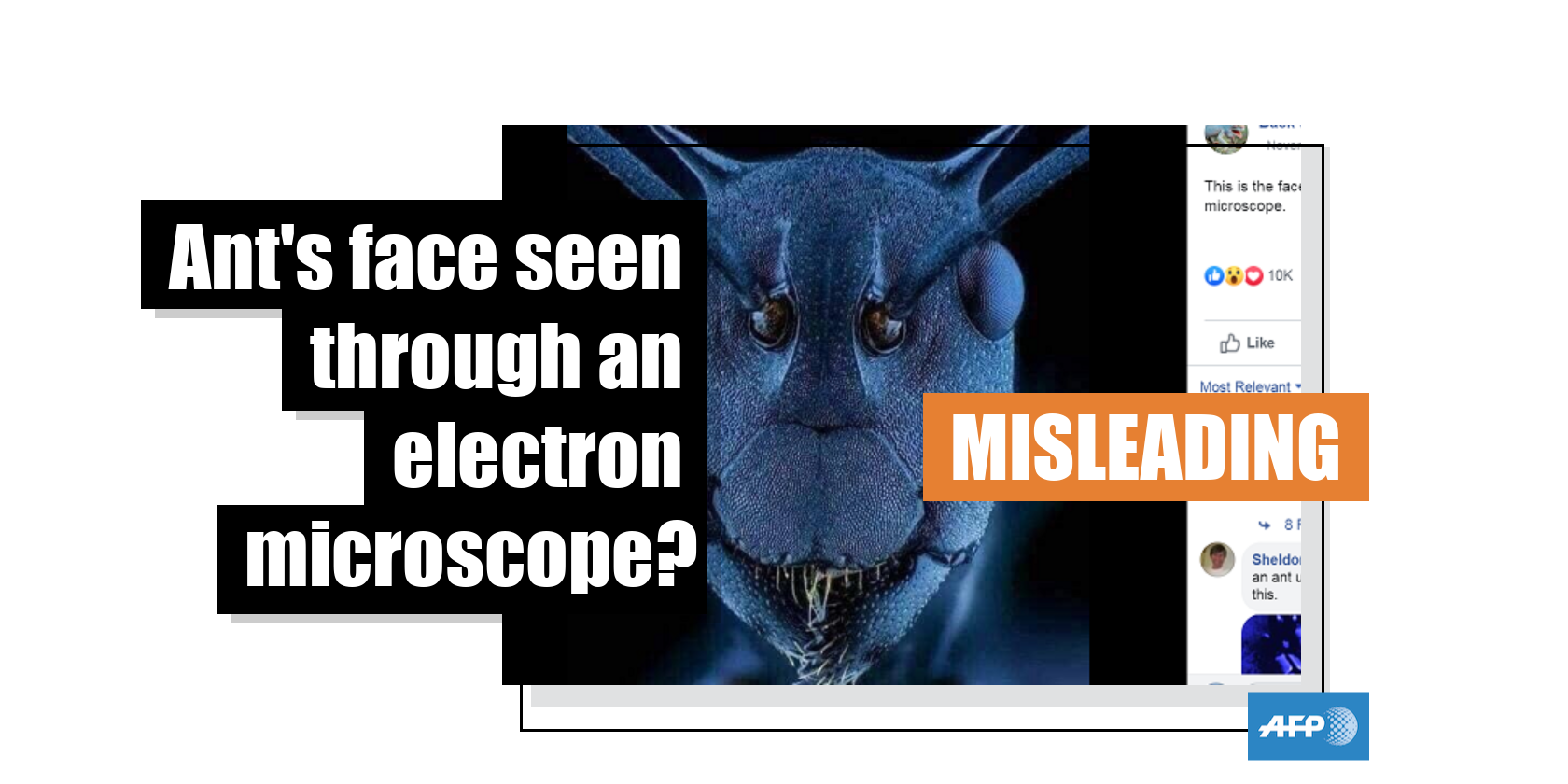 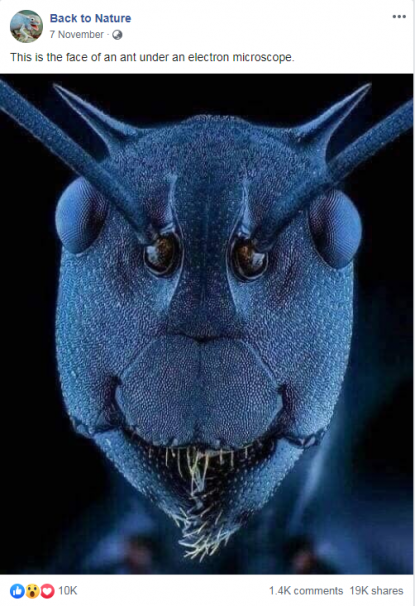 The post’s caption states: “This is the face of an ant under an electron microscope.”

The claim is misleading; the photographer told AFP that he did not use an electron microscope to take the photo.

A reverse image search on Google for the image in the misleading posts found the original photo published here on January 22, 2018 on the Instagram account for Indonesia-based photographer Abdul Latif. 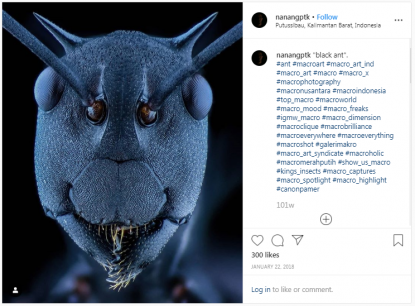 A screenshot of the original photo, published by the photographer

Latif told AFP he did not use an electron microscope to take the photo, which he called “black ant” in January 2018.

“The photo was not taken under an electron microscope but with a mirrorless camera and an additional lens so that it gets the desired magnification,” he said via email on January 1, 2020.

“I took the photo using a Canon EOS M3 camera with EF-M 55-200 MM lens, and the addition of Raynox DCR-250 lens at the tip to get the maximum focus distance to the subject.

Latif added that this stacking of lenses was a technique typical to macrophotography.

“I used the stacking technique to get a wide enough depth of field… so that the details are more visible. This photo is macrophotography."

The Merriam-Webster dictionary defines macrophotography as “the making of photographs in which the object is either unmagnified or slightly magnified up to a limit often of about 10 diameters”. 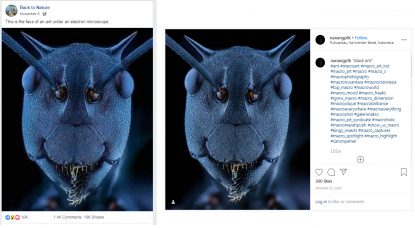 Latif also shared a side view macro photo he took of the same ant here.