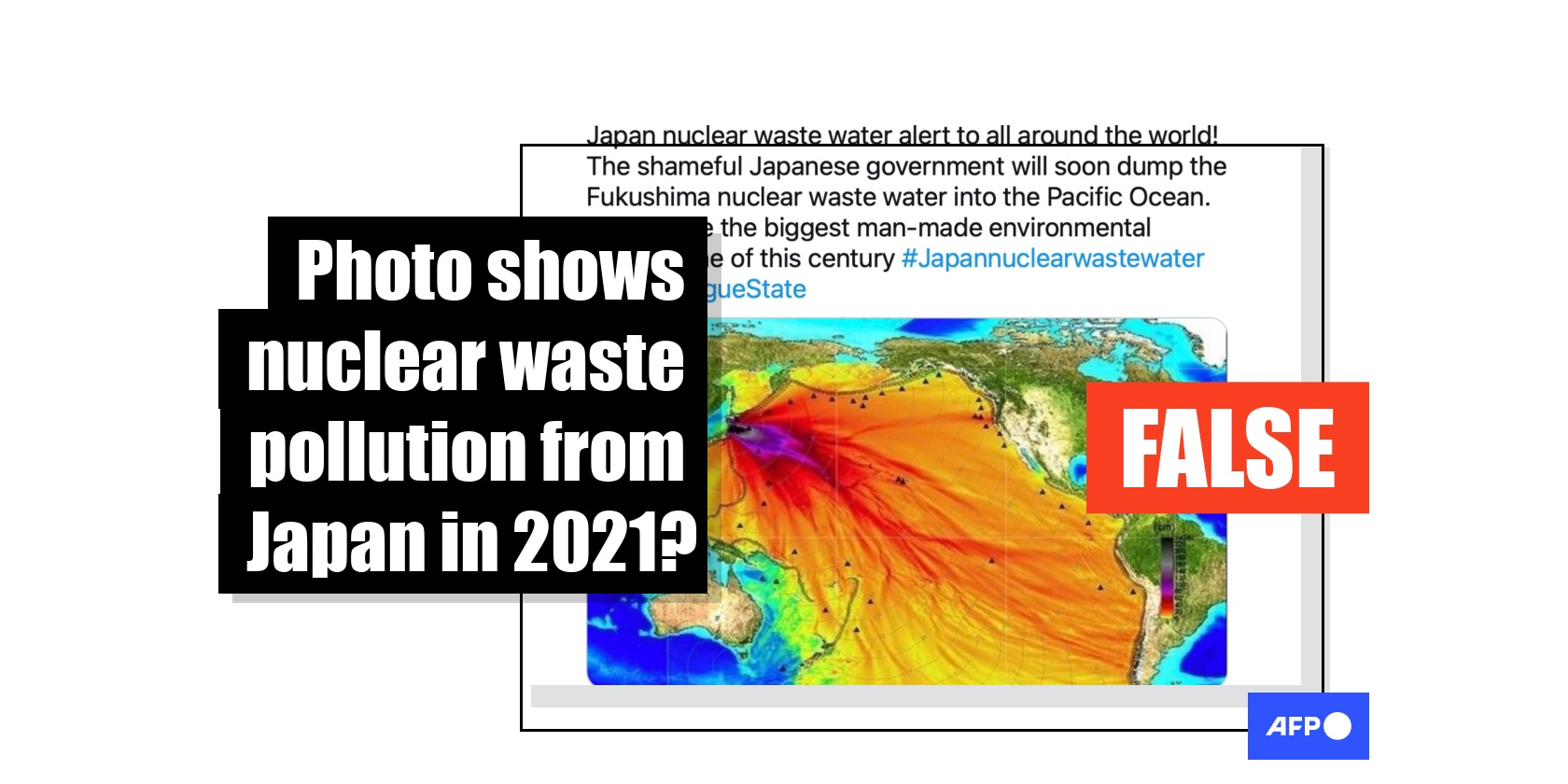 Photo shows forecast of tsunami path in Japan after 2011 earthquake

As the Japanese government announced it would release treated water from a nuclear plant into the ocean, multiple social media posts shared a purported satellite image of the resulting pollution. But the posts shared the image in a false context. In reality, the image shows a forecast by the US National Oceanic and Atmospheric Administration (NOAA) for a tsunami in March 2011 after a massive earthquake struck Japan's Tohoku region.

It shows various colour markings on a world map.

It is captioned: “Japan nuclear waste water alert to all around the world! The shameful Japanese government will soon dump the Fukushima nuclear waste water into the Pacific Ocean. This will be the biggest man-made environmental catastrophe of this century #Japannuclearwastewater #JapanRogueState”. 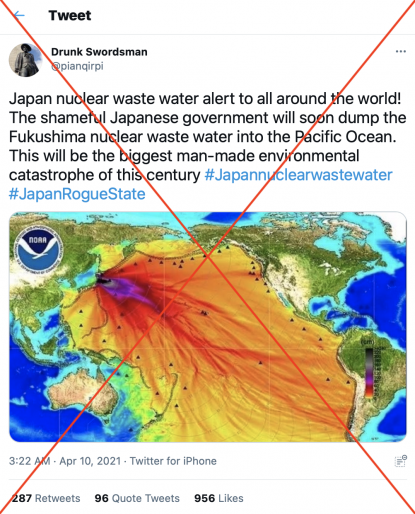 The post circulated online after Japan announced it would release more than one million tonnes of treated water from the Fukushima nuclear plant into the ocean.

The announcement triggered a furious reaction from countries including China and South Korea, AFP reported.

But the Japanese government argued the release is safe because the water will be processed to remove radioactive elements.

The claim is false: the photo is unrelated to nuclear waste pollution.

Combined reverse image and keyword searches on Google found the photo corresponds to several graphics published by the US National Oceanic and Atmospheric Administration (NOAA) following the massive earthquake that struck Japan’s Tohoku region on March 11, 2011.

According to the NOAA: “The graphics display forecast results, showing qualitative and quantitative information about the tsunami, including tsunami wave interaction with ocean floor bathymetric features, and neighboring coastlines.”

Below is a screenshot comparison of the photo in the misleading posts (L) and the NOAA photo (R):

A screenshot comparison of the photo in the misleading posts and the NOAA post.

The same photo was also posted with the correct caption by Getty on March 11, 2011.

In response to the misleading posts, a NOAA spokesperson told AFP in an email on April 16, 2020: “Obviously, the tweet greatly mischaracterizes the Tohoku tsunami map. [The map] is a plot of the maximum wave amplitude from the Tohoku tsunami of March 2011.”