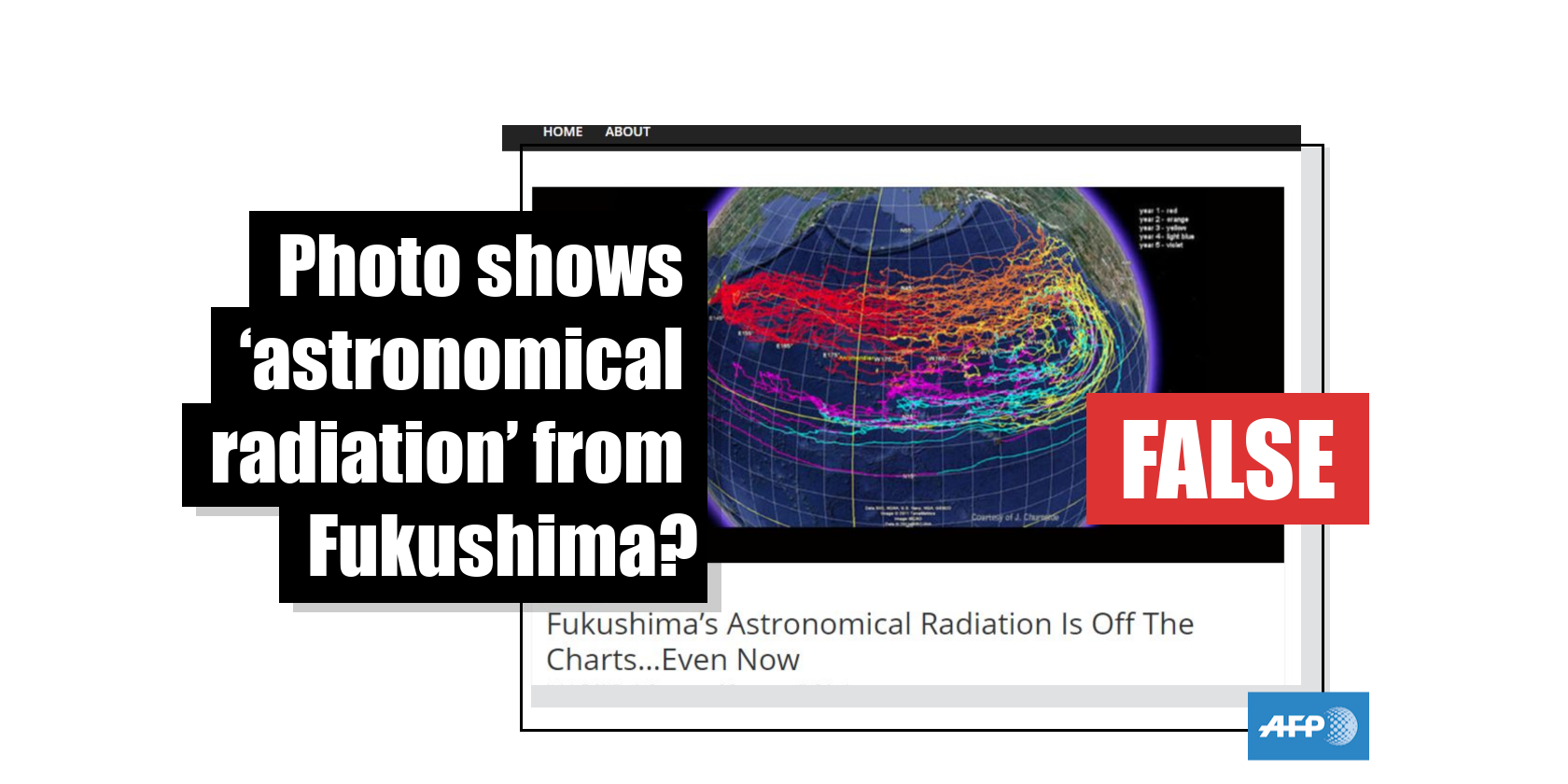 A photo has been published in an online article alongside a claim it shows “astronomical radiation” from Fukushima, Japan. The claim is false; the photo shows projections of where marine debris from the massive earthquake and tsunami that rocked Japan in 2011 could circulate; its creator said it has “nothing at all to do with radiation”.

The photo was published in here in an online article on July 7, 2017, by a website called “Science Vibe.”

It shows a map of the Pacific ocean and contains a superimposed text at the bottom which reads: “Courtesy of J. Churnside”.

The online article's headline states: “Fukushima’s Astronomical Radiation Is Off The Charts… Even Now”. 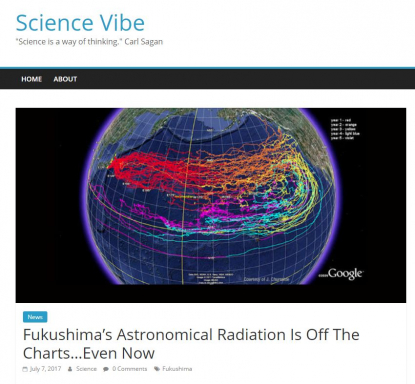 Strong tsunami waves triggered by a magnitude-9.0 earthquake that rocked eastern Japan on March 11, 2011, swamped power supplies at the Fukushima Daiichi nuclear plant, causing reactor meltdowns that released radiation, according to this AFP report. The earthquake and tsunami left some 18,500 people dead or missing in the country.

The same link was shared on Twitter here on November 7, 2019 with a similar claim.

The claim is false. The photo has been used in a misleading context; the map shows projections made by a scientist from the US National Oceanic and Atmospheric Administration (NOAA) of where marine debris from the 2011 tsunami in Japan could circulate.

Below is a screenshot of the image in the magazine:

Screenshot of image from magazine

The article's first paragraph states: “Of all Earth’s natural hazards, tsunamis may be among the most infrequent, but they pose a major threat to coastal populations, particularly in the seismically active Pacific Ocean. The tragedy of the March 11, 2011 earthquake and subsequent tsunami in Japan could have far-reaching effects to areas like the U.S. West Coast and Hawai‘i. As the tsunami receded from land in northern Japan, it washed much of what was in the inundation zone into the ocean. Heavier materials sank closer to shore while buoyant materials made up debris fields that were seen briefly in satellite imagery and aerial photos of the waters surrounding Japan.”

The same image also appears in several other reports about marine debris from the 2011 tsunami, for example the PBS report here, the Oregon State University blog post here, and the Alaska Ocean Observing System post here.

James Churnside, the NOAA scientist credited with creating the map, told AFP on November 7, 2019, in an email that the image relates to marine debris, not radiation.

Churnside said: “This is a projection of where the marine debris would be likely to circulate after the earthquake and tsunami. It has nothing at all to do with radiation from that event.”

An interactive version of the NOAA marine debris projections has been published here.

Below is a screenshot of the interactive map: 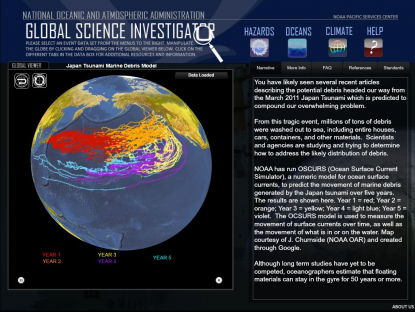 NOAA also has an online page here about marine debris from the 2011 Japan tsunami.

An FAQ item in the page reads: “Is the tsunami marine debris radioactive?”

NOAA’s answer reads: “NOAA is not actively involved in monitoring radiation related to Fukushima, however the EPA continues to monitor air and the FDA is testing fish. Some marine debris has been tested by the states, including items known to be from the tsunami, and no radioactive contamination above normal was found.”