A photo of a street strewn with litter claims to show the aftermath of the September 27 climate march in Toronto. The same photo has been used to decry the protesters’ behavior in Milan, and Rome, but was actually taken in Naples, Italy. Although its author says he took it on the day of the climate march, locals say the street is often littered with trash during rush hour.

A photo of a crowded cobblestone street with a single garbage can so full of trash that it spills onto the surrounding pavement has been shared more than 6,100 times. Why? It allegedly shows the aftermath of the Climate March in Toronto, which took place on September 27 alongside many other cities around the world. “#hypocrites,” denounces the Facebook account that first linked the image to Canada. 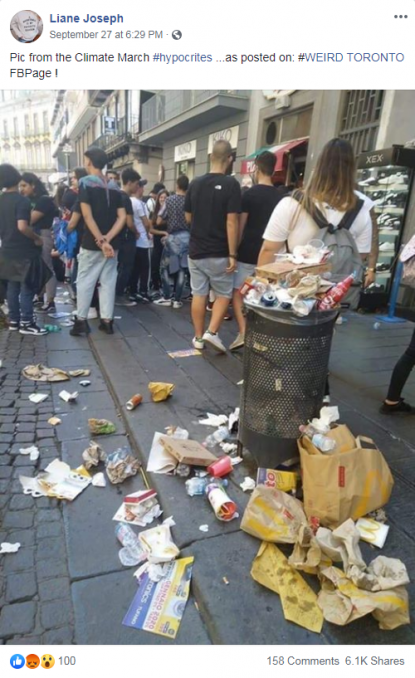 Before thousands of Canadians began to share the photo thinking it showed a Toronto street, Facebook users across the Atlantic Ocean shared it believing it was a street, in Rome or in Milan. However, the photo was not taken in any of those cities.

The photo was taken in the southern Italian city of Naples, on Toledo Street. A Google Street View search confirms this, as several visual markers appear in both the Facebook photo and the Google image of Toledo Street, including the trash can, a storefront marked “Kiko,” a shoe store named “XEX,” a pizzeria awning and a “T” sign. 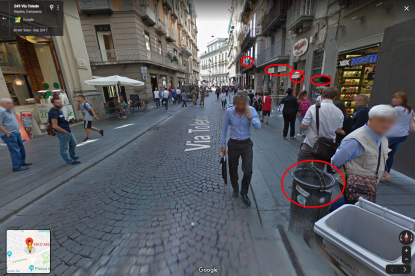 Screenshot of Via Toledo on Google Street View

“I wanted to share with my Facebook friends what I saw with my own eyes: a bunch of guys who, after the protest, descended on the shopping street to have lunch, and behaving in ways that contradicted the slogans they had just sung,” Carotenuto told AFP in French.

Carotenuto shared with AFP various other photos he took of Via Toledo that day, including photos of signs from the climate march left on the ground, and a screenshot of the image information on his phone as proof that the photo is his. 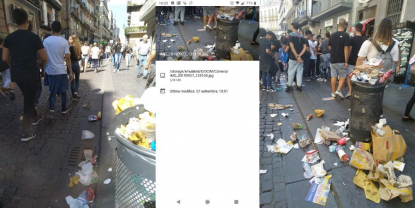 The march began that day at 9am on Piazza Garibaldi, about a 30 minute walk from the XEX footwear store visible in the photo, according to Google Maps. The march followed an itinerary that did not include Via Toledo, though it did come near it. It is likely that some of the protesters found their way to the street during or after the march.

However, other Facebook posts and a local paper report show that Toledo street is regularly plagued with overflowing garbage cans, particularly on Saturdays, due to the high density of shops in the area.

One social media user complained that garbage trucks servicing the street often pick up litter inside the trash cans, but not around it. 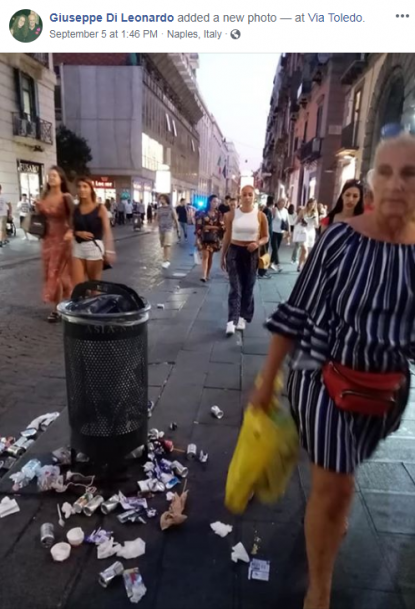 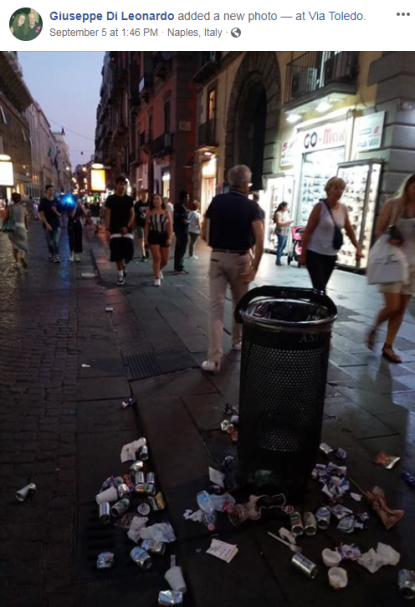 Multiple social media posts decried litter left behind by climate protesters on September 27, but many, like this one, were found to be images posted out of context. AFP Fact Check found a picture of London's Hyde Park which was falsely said to be both a park in Australia and New York.