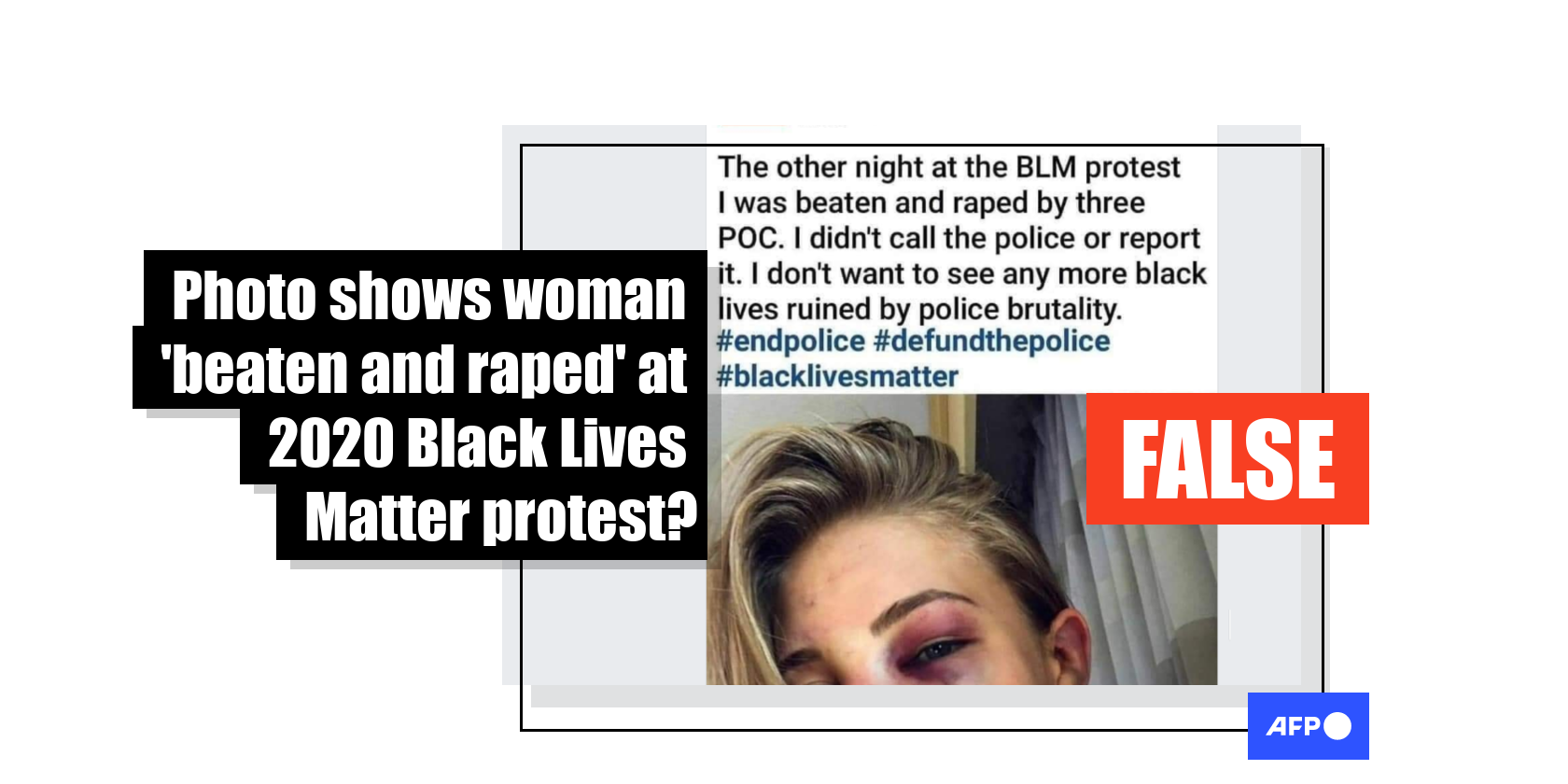 A photo of a person with a bruised face has been shared in multiple Facebook posts in June 2020 alongside a claim that they were “beaten and raped” at a Black Lives Matter protest. This claim is false; the photo was published online in September 2016 by a Russian mixed martial arts fighter.

The photo was posted here to the Australian Meme Cult Facebook group on June 24, 2020. The group has nearly 22,000 members.

The post reads: "The other night at the BLM protest I was beaten and raped by three POC. I didn't call the police or report it. I don't want to see any more black lives ruined by police brutality. #endpolice #defundthepolice #blacklivesmatter". 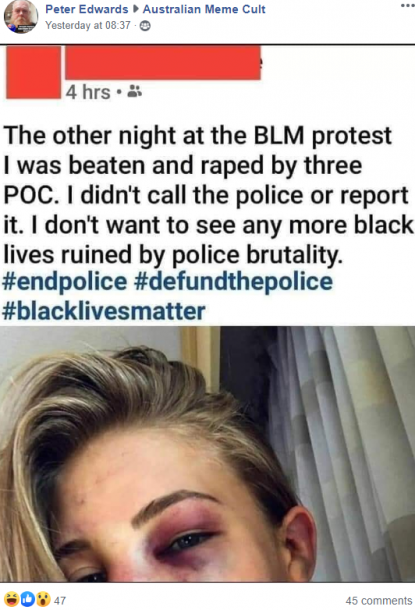 The photo was also shared on Facebook here, here, here and here alongside a similar claim.

The posts were published in June 2020 as anti-racism protests,  which were sparked by the police killing of unarmed black man George Floyd in Minneapolis on May 25, 2020, continued across the US. Many of the rallies brandished the Black Lives Matter (BLM) slogan. Here is an AFP report on the ongoing protests.

However, the claim is false; the photo was first published online in September 2016, at least three years before the 2020 mass protests.

A reverse image search on Google found an identical photo that shows the rest of the person's face published here on the verified Instagram account of Russian mixed martial artist Anastasia Yankova on September 18, 2016.

Below is a screenshot comparison of the photo in the misleading post (L) and Yankova’s 2016 Instagram picture (R):

The Instagram post carries the caption: “This is MMA, babe” and various hashtags related to mixed martial arts and Bellator 161, a MMA competition held in Texas on September 16, 2016.

Yankova uploaded the Instagram photo of her bruised face two days after she won a fight at Bellator 161.

"It’s sad how people [are] using the picture for fake news," Yankova told AFP via Instagram Direct Messaging on June 24. "It's my picture, which I took after my fight at Bellator 161. This fight was not easy, and I took the pic, cause I wanted to show this part of professional fighters life too."