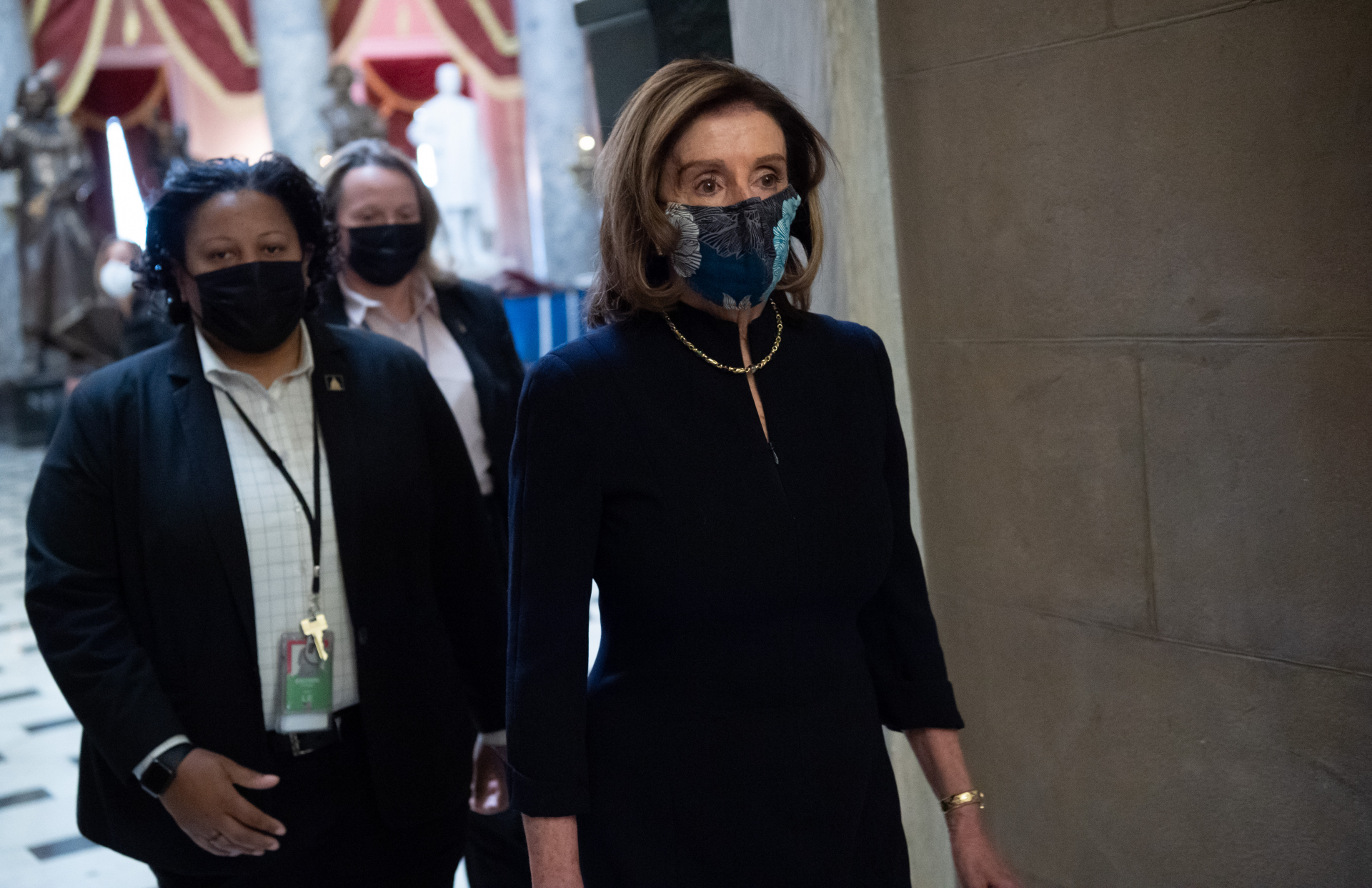 Speaker of the House Nancy Pelosi walks to her office at the US Capitol in Washington, DC, January 13, 2021, ahead of the vote impeaching US President Donald Trump (AFP / Saul Loeb)

Pelosi is not in US Marshals Service custody

Social media posts claim Speaker of the House Nancy Pelosi was arrested and is under the supervision of US Marshals, providing a photo of her surrounded by a security detail in the US Capitol as evidence. But both Pelosi’s office and the US Marshals Service said the claim is inaccurate, and the image does not show her in custody.

“This is Pelosi yesterday for her photo op after impeaching Trump. The interesting part is members of Congress don’t get secret service details. Think about that for a moment,” said a January 14, 2021 Facebook post which is no longer available.

“If you zoomed in closely you can see that these are US Marshalls. Anyone care to guess why they’re all female? When you are under arrest with 24 hour supervision and are female, they don’t put a man on your details,” it said, adding that “Nancy Pelosi is 100% arrested.” 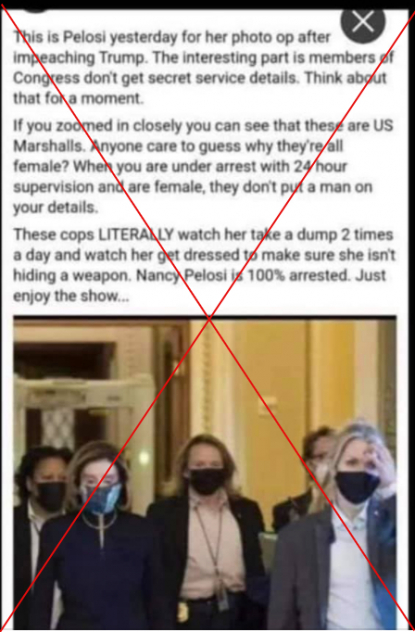 Examples of the claim can be found on Facebook here, here and here, and in an online article here. 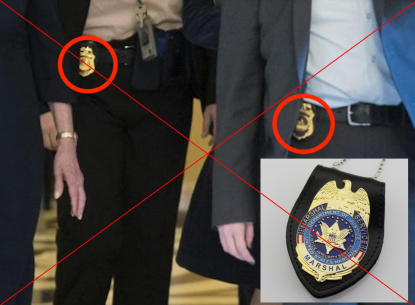 A screenshot taken on January 19, 2021 from an online article about “rumors” that Nancy Pelosi could be in US Marshals custody

While the image is authentic, it does not show Pelosi under arrest.

A Google reverse image search located the original version of the photo in the posts, which was taken by Associated Press photographer J. Scott Applewhite.

Its caption says it shows Pelosi returning to her office after opening House debate on the impeachment of then-president Donald Trump on January 13, 2021.

The Democrat-controlled House of Representatives impeached Trump with support from 10 Republicans for "incitement of insurrection,” after a deadly January 6 riot by his supporters at the building where Congress meets.

Drew Hammill, Pelosi’s deputy chief of staff, told AFP in an email that the claims about Pelosi being arrested or under supervision of the US Marshals Service were “false.”

And William Delaney, Chief of Congressional and Public Affairs at the US Marshals Service, said by email: “I can confirm that any report that we have arrested Speaker Pelosi is absurd and false.”

He added: “The law enforcement officers that are in your photograph are not deputy US Marshals. Our deputies have badges that are considerably different, with a large silver star.”

A photo of the current badge for US Marshals can be seen here.