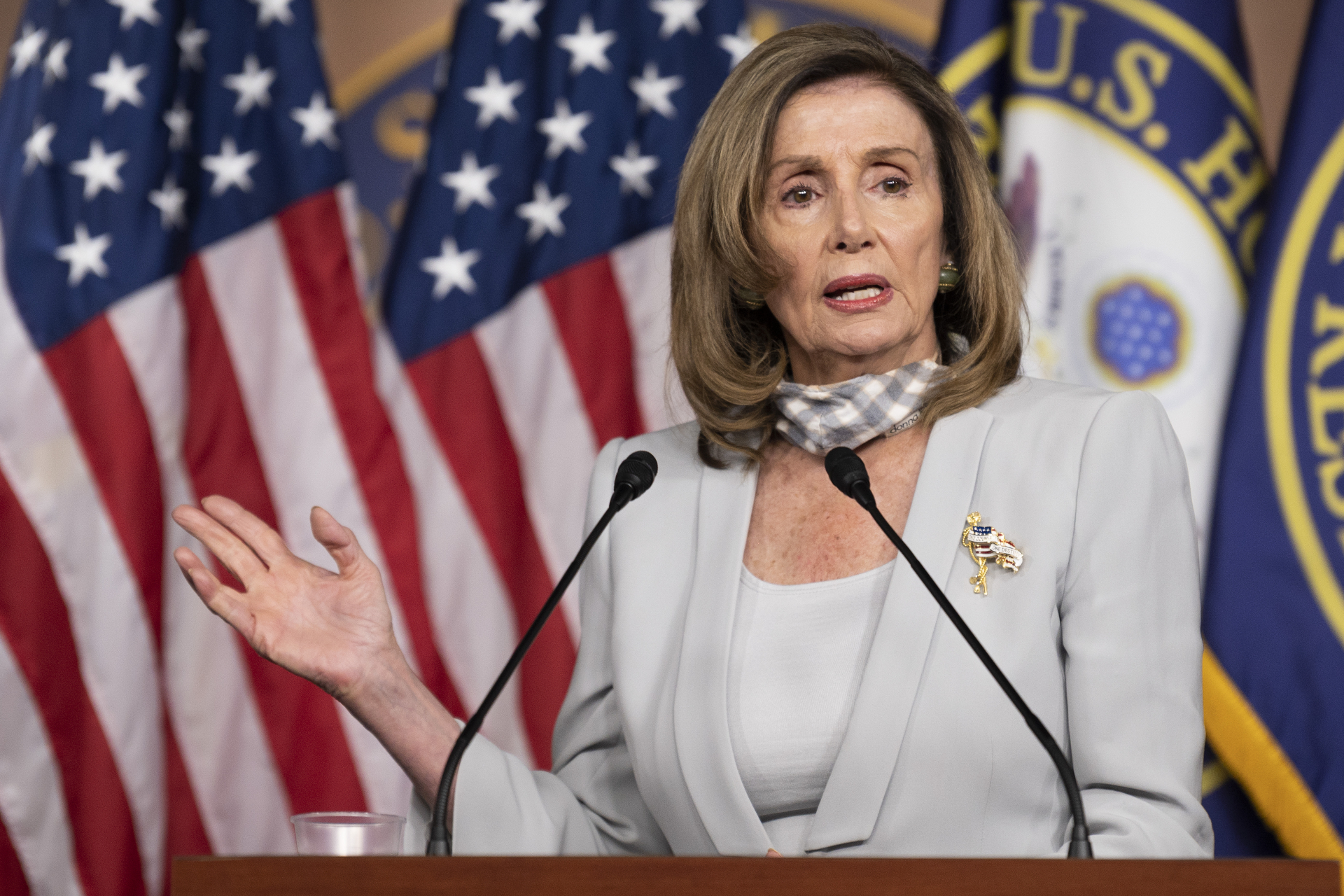 US Speaker of the House, Nancy Pelosi, Democrat of California, holds her weekly press briefing on Capitol Hill in Washington, DC on August 13, 2020 (AFP / Jim Watson)

Social media posts claim that US House of Representatives Speaker Nancy Pelosi will step down if President Donald Trump is reelected in November. This is false; the claim originated on a satirical website and her office said it is not true.

“Pelosi said if President Trump wins she will resign,” claims a short message published by dozens of Facebook users in August 2020.

Identical posts featuring the same claim and a portion of The Lord’s Prayer, jokingly hinting at approval, were also posted on Instagram and Twitter, and shared tens of thousands of times. 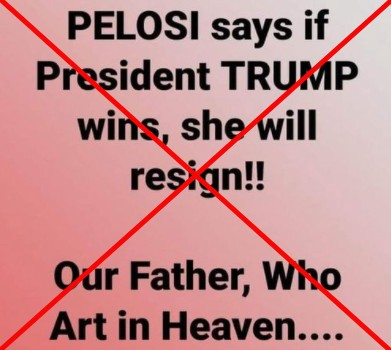 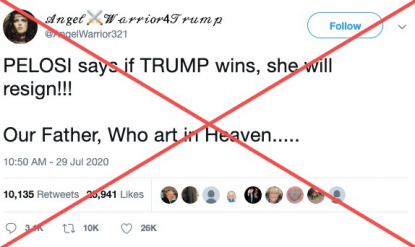 However, the San Francisco representative never mentioned plans to resign in case of a Trump victory.

Drew Hammill, deputy chief of staff for Pelosi, told AFP in an email that the claim was “false.”

The posts seem to be inspired by an April 12, 2020 article published on satirical news website bustatroll.org. Written by “Harry Helmet”, it is headlined “Pelosi Promises to Resign if Trump is Re-Elected.”

“I am here today to make an important announcement. If Donald Trump wins in November, I will immediately resign my position as Speaker of the House and as Congresswoman,” the article claimed she said in a speech.

But a disclaimer on the website’s “About Us” section warns: “Everything on this website is fiction.”.

The disclaimer adds that bustatroll.org “is a subsidiary of the ‘America’s Last line of Defense’ network of parody, satire, and tomfoolery.” The ambiguous nature of this network’s tone has led much of its content to be taken seriously by online users.

A search for the word “resign” on the Speaker’s Twitter and Facebook accounts, as well as through her official press releases, statements, and press conference transcripts shows many results, but none concerning herself. All of those official statements called for the resignation of Trump administration officials like former EPA chief Scott Pruitt, former Secretary of Labor Alexander Acosta, or former Attorney General Jeff Sessions.

On August 23, 2020, Pelosi told CNN that she would accept Trump’s re-election, “But that doesn’t mean that we will not shout out against his initiatives,” she said. Pelosi made no mention of resignation then.

In March 2020, Pelosi evoked the possibility of another Trump term during a women’s summit where she stated the country “cannot withstand” it. Again, she did not mention a resignation.

The House speaker’s strong stances against Donald Trump, particularly by initiating in December the president’s impeachment, have made her a regular target of Trump and his supporters.

AFP debunked a similar hoax in January 2020, when online users claimed that Pelosi would resign if the impeachment process against the president failed. The claim had also originated on bustatroll.