An online post shared thousands of times purports to show people raiding a store during the George Floyd protests sweeping the United States. While the photo does capture looters in action, it was taken in 2015 amid protests following the death of Freddie Gray, a black man who fell into a coma while in police custody in Baltimore.

The image shows a group of people running out of what appears to be a shop with goods in their hands.

“Look at the pain and grief on all of their faces as they mourn the tragic loss of George Floyd,” the caption reads. 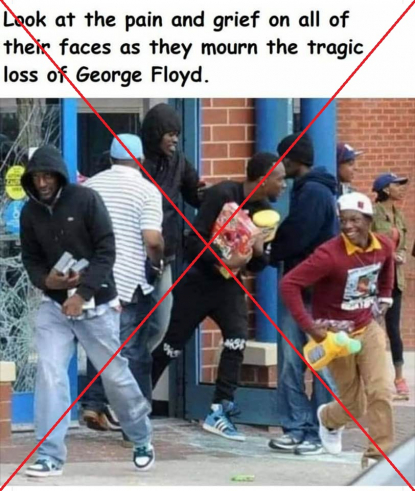 It surfaced as protests against racism and police brutality erupted across the United States and abroad following the death of George Floyd in police custody in Minneapolis on May 25, 2020.

Floyd, a 46-year-old black man, suffocated after police officer Derek Chauvin knelt on his neck for almost nine minutes, as shown in a horrifying video now seen by millions.

While the protests have seen outbreaks of violence and looting, the post does not show what it claims.

A reverse image search of the picture on TinEye revealed that the photo has been circulating online since at least 2016. 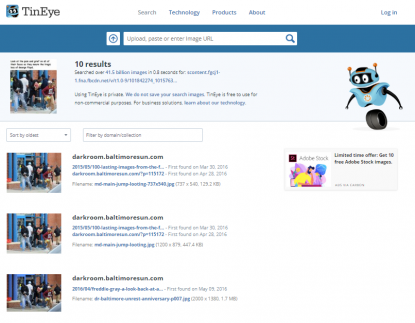 A screenshot taken on June 10, 2020 of the image search on TinEye

The source, however, is a photo gallery on the Baltimore Sun's website from May 8, 2015, titled: “100 lasting images from the Freddie Gray protests and aftermath in Baltimore”.

The image, taken by Baltimore Sun photographer Jerry Jackson, is captioned: “Looters empty the CVS at Pennsylvania and North Ave during Monday’s riot.” 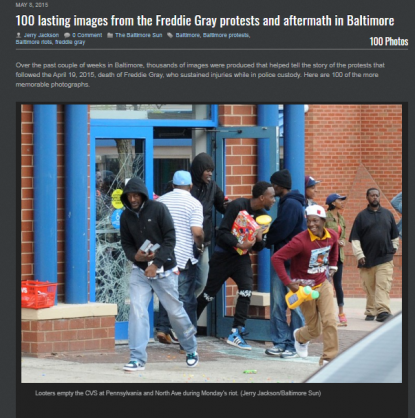 AFP Fact Check confirmed the location of the photo using a Google Maps Street View captured before the looting, which shows the pharmacy's blue entrance and brick wall.

Freddie Gray, a 25-year-old black man, died on April 19, 2015, a week after suffering serious spinal injuries in a police van after being arrested by Baltimore officers. His arrest was captured on video and broadcast online, sparking rioting and looting in Baltimore.

AFP Fact Check has debunked dozens of claims related to George Floyd and the protests surrounding his death in recent weeks.