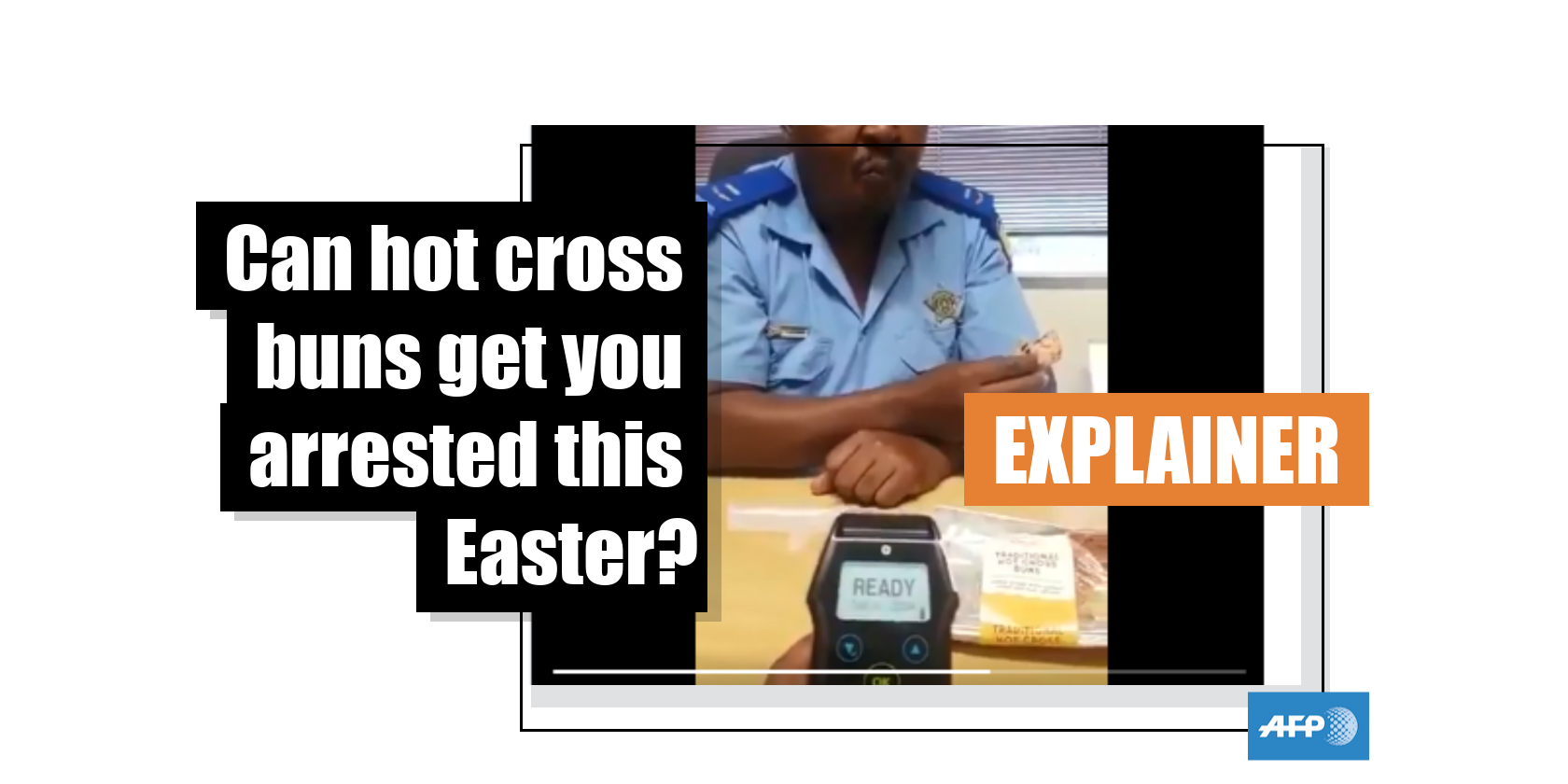 No, you won’t get arrested for eating hot cross buns this Easter, nor can you use them as an excuse for drunk driving

Social media users in South Africa have expressed concern and amusement at the possibility of getting arrested this Easter for eating hot cross buns.  A video shared online showed a police officer testing positive in a breathalyser test after eating a hot cross bun. However, the device was used incorrectly in the demo; detecting alcohol in the mouth, not in the blood.

The video, archived here in a tweet shared over 5,000 times, shows an officer first taking a breathalyser test giving a negative result. Then he eats a hot cross bun and takes the test again, giving a reading of 0.21mg.

The experiment provoked a lot of discussions, as well as jokes, on social media.

Especially during the Easter Weekend with Hot Cross Buns ?

Surely there must be some malfunction here?

If this is true, imagine the unlawful arrests!

You eat 3 of these buns, you’re done!

Can the authorities clarify please! pic.twitter.com/T9k4dmrV5C

I Diana will not be held liable for any tweets after this one ! #hotcrossbuns pic.twitter.com/Zh07l2Jyy1

Even South Africa’s transport minister, Blade Nzimande, got drawn into the debate, warning that people could not use eating a hot cross bun as an excuse to avoid getting arrested for testing positive with a breathalyser.

"People must not hope that they are going to drink, get onto the road and when they are caught they then say: 'Oh sorry officer, all I had was a hot cross bun,” Nzimande said in a video posted on the Twitter account of South African journalist Lirandzu Themba.

Supermarkets joined in on the fun too, using the marketing opportunity to explain why the breathalyzer test was inaccurate, and adding that their buns were alcohol-free.

It may have fooled a breathalyzer, but you won’t get a #HotCrossBuzz from our buns. The false-positive reading in the video is due to the yeast and fruit combination, which may cause inaccurate readings, as was first reported in Australia in January 2019 >>https://t.co/fNXmKAhwhD pic.twitter.com/eyowcag6d6

Our #HotCrossBuns are freshly baked, alcohol-free, Uber-friendly, and you save 25% when you buy any 2 packs ? https://t.co/SyuIRS4Vyi

In January, an Australian trucking company posted a similar video on Facebook in which the same experiment also showed a false positive on a breathalyser test.

Hot cross buns contain yeast, raisins and dough, and “putting that together in a little bit of a higher temperature will cause fermentation and that creates alcohol,” said Johannesburg Metro Police Department spokesman Wayne Minnar on talk show Radio 702.

If the machine is used correctly, by waiting approximately 20 minutes, the reading would again be zero, Minnar said.

The initial screening test records alcohol in the mouth and not the content in the body. The same effect can happen with other products such as mouthwash, he added.