No, this video does not show Lady Gaga reciting the Koran

A video featuring a blonde woman in sunglasses has been viewed hundreds of thousands of times in online posts claiming it shows US pop star Lady Gaga reciting verses from the Koran. The claim is false; the woman is actually Tunisian singer Sofia Sadek and the clip has been taken from a longer video released by a radio station in September 2016.

Multiple online posts contain the 43-second video, in which the woman, sitting to the left of a man in blue, sings into a microphone.

Translated to English, the Urdu-language caption alongside the video says:

A sourate, or sura, is a chapter of the Koran, Islam’s holy book, according to this Oxford Dictionary definition. Here is an online list of Koran chapters. Sourate al-Douha is number 93. 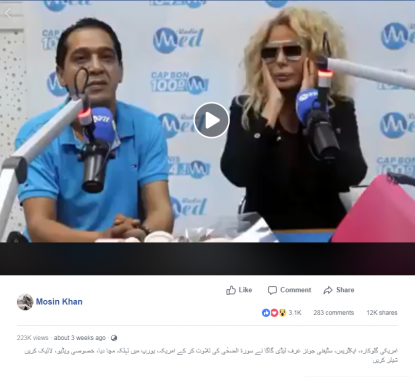 A reverse image search of a screenshot of the video led to news reports in Arabic about a Tunisian singer called Sofia Sadek. Here is her artist page on Spotify.

For example, this article on the website of Egyptian newspaper Al-Masry Al-Youm dated April 11, 2019, and this April 3 report on egysaudi.com include pictures of Sadek in reports about a controversy over her performance in a radio programme.

The Al-Masry Al-Youm report quotes an Egyptian cleric Ahmad Karimah as saying: “The Koran should be only recited by professionals in order to respect the rules of accurate pronunciation". 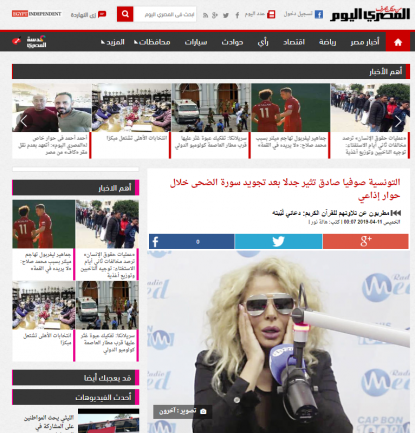 The backdrop seen in the video and images on the news websites features the words “Radio Med” and “Cap Bon”.

Searching for these keywords on Google led to the YouTube channel here of Radio Med, a radio station based in Cap Bon, northeast Tunisia.

Searching that YouTube account found this one minute, 18 second video dated September 24, 2016, with an Arabic-language title that translates as: “Sofia Sadek reciting Koran during an interview”.

The video contains the same footage from the clip in the false Facebook post between around 0:26 and 1:09.

The image below compares screenshots from the video in the false posts (L) and the original Radio Med video (R): 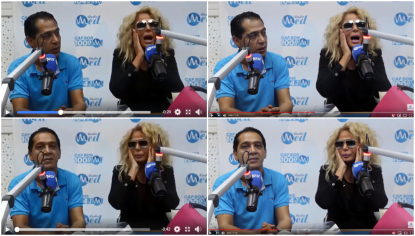 Below is a comparison of Sadek as she appears in that video (L) and an AFP photo of Lady Gaga (R):

A report on the original video was also published here at the time on the website of Egyptian newspaper Al-Youm Al-Sabeh. The article dated September 29, 2016, is headlined:

The video was also shared in this Facebook post published by a page called “Pakistan News International” on March 29, 2019, where it has been viewed more than 690,000 times.

However the caption has been edited to reflect the fact that the video shows Sadek, not Lady Gaga. It says, translated to English:

"Tunisian singer Sofia Sadek startled America and Europe by reciting Sourate al-Douha, special video, those readers who corrected this, may Allah reward them. Like it, share it."