No, this husband-to-be is not paralysed — his groomsmen are in a traditional fraternity pose

A meme-style image of a newlywed couple kissing, while friends interlock arms in a train behind the groom, has been shared hundreds of thousands of times online since 2016 and via a reappearance on Facebook again recently. According to the touching meme, the man is paralysed and his friends held him up to embrace his bride. But the pose is actually a traditional pose associated with a US-based college fraternity which has been around for over a century.

The text part of the meme reads: “He’s paralyzed and his friends held him up to kiss his beautiful bride. Much respect! This is true friendship. Don’t scroll without sharing”. The image can be seen shared over 320,000 times via various different Facebook posts, some of which we’ve archived here, here and here.

Reverse image searches show that the image has been widely shared since 2016. The searches also immediately lead to a debunk by fact-checking site Snopes in 2017, which explains that the image spread after a Reddit post on December 12, 2016.

A comment on one of the more widely shared Facebook posts congratulates the couple on their nuptials but not before explaining that the groom is not paralysed -- in fact, the pose is a tradition for Omega Psi Phi, a fraternity founded in 1911 at Howard University in Washington, DC. The pose “symbolizes how your brothers will always be there to support you,” the commenter wrote.

An article by the lifestyle website Diply, dated December 12, 2016, also appears high up in the results for the reverse image search. It reports that the bride, Rita Shaw, posted the original wedding picture on her Instagram account (which is now set to private) three weeks before it went viral, along with other photos from the big day.

Her caption on one of the photos said: "Happy Founders day to the good Bruhz #RQQ”.

An internet search shows that “RQQ Bruhz” is a reference to Omega Psi Phi. However AFP was told by the fraternity’s international executive director that the meaning could only be known by members.

“Please note that Omega Men understand the meaning of your questions and I am not at liberty to disclose to you because of your being a non-member of the Fraternity,” Kenneth Barnes told us.

Images obtained from the bride’s account by Diply, before it was set to private, show the groom standing without the support of his friends -- rather than being unable to do so as the claim would suggest. 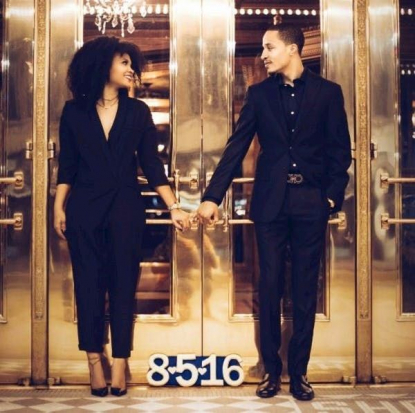 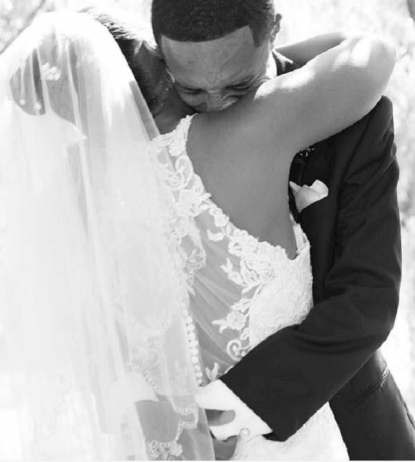 AFP Fact Check also looked for visuals of the interlocking arm pose, and found that it's commonly associated with the fraternity. An archive image of Omega Psi Phi men in a similar pose retrieved on Watchtheyard.com ... more examples of the Omega Psi Phi men in the pose

We have reached out to the bride on Facebook but have yet to receive a response -- we'll update this post if we hear back. However, photos publicly available on her profile include various shots of the couple showing her husband clearly able to stand without help. A screenshot from the bride's Facebook page, taken on October 29, 2019, shows her husband standing without help