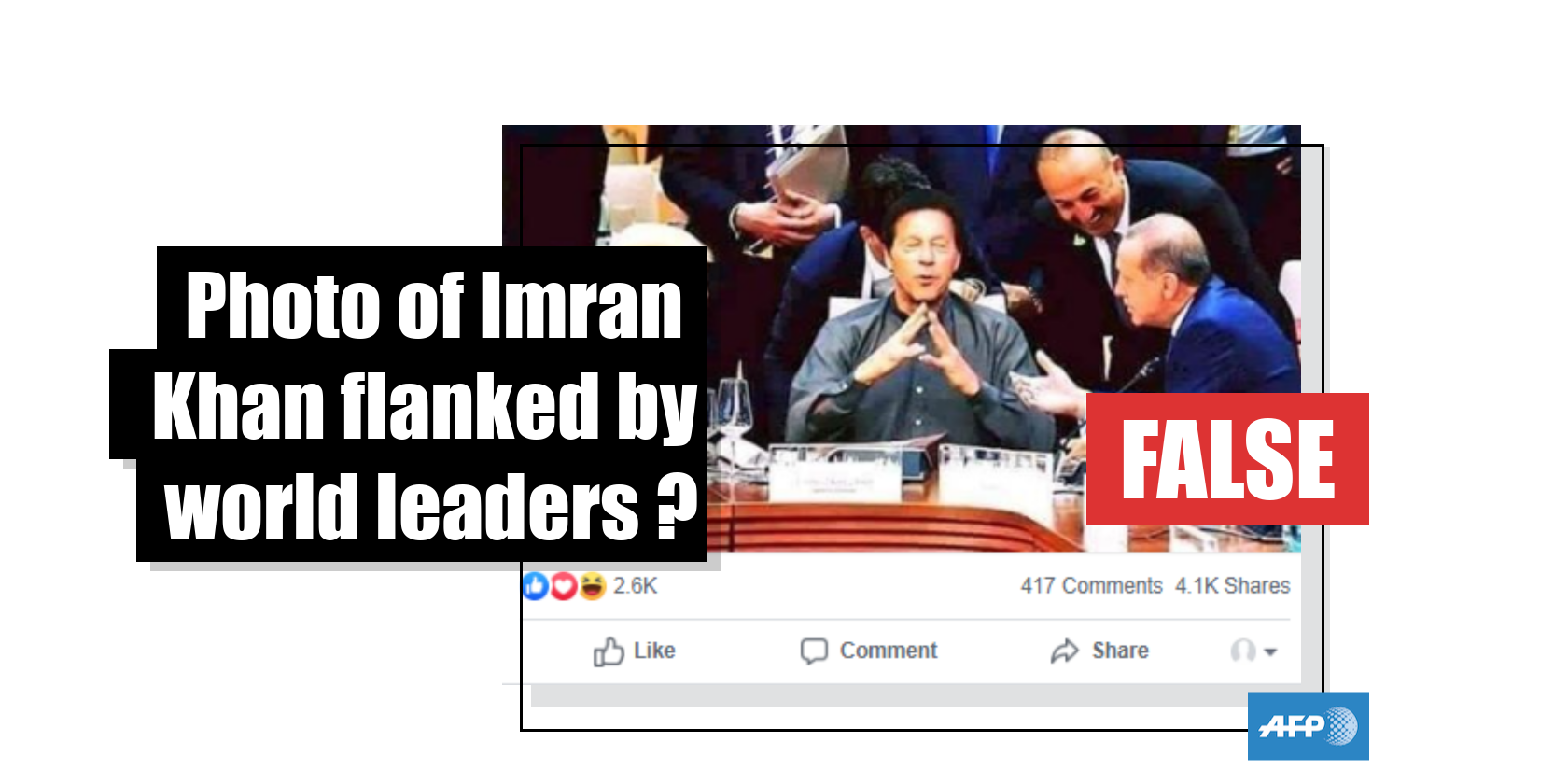 The photo has been doctored to include the Pakistani prime minister

A photo has been shared thousands of times in various posts on Facebook and Twitter alongside a claim that it shows Pakistani Prime Minister Imran Khan flanked by US President Donald Trump and Turkish President Recep Tayyip Erdogan. The claim is false; the photo, taken during the 2017 G20 summit in Hamburg, Germany, has been doctored to include Khan.

The post carries a photo that purports to show Pakistani Prime Minister Imran Khan sitting between US President Donald Trump and his Turkish counterpart Recep Tayyip Erdogan, while Turkish Foreign Minister Mevlut Cavusoglu can be seen standing behind Erdogan.

The caption of the post states: “Picture of the year. Proud moment for every Pakistani.

“Indian may use Burnol for this pic”.

Burnol is a burns cream. 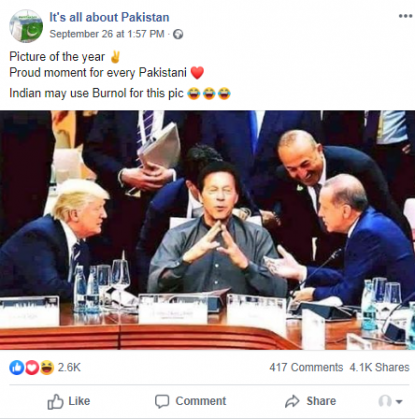 Some Facebook users who commented on the misleading post appeared to acknowledge that the photo had been doctored to include Khan, but others appeared to believe that the image was genuine.

Below is a screenshot of some of the comments from Facebook users who appeared to believe the misleading post: 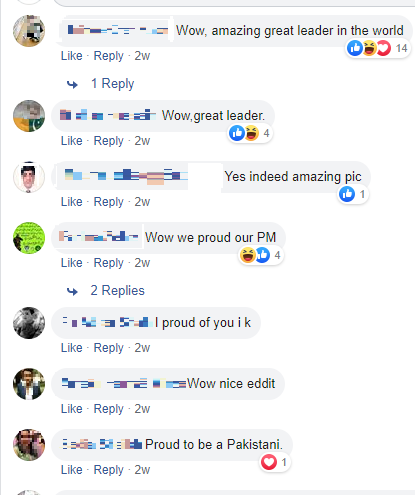 The claim is false; the photo has been doctored to add Khan to the space between Trump and Erdogan.

A reverse image search on Google led to a very similar photo published here on the website for Getty Images, a photo news agency, with credit to Turkish news agency Anadolu Agency.

The caption of the photo says: “G20 Leaders' Summit in Hamburg."

The photograph shows an empty chair in the position where Khan is seen in the photo in the misleading post.

Below is a side-by-side comparison of the doctored photo (L) and the photo taken by Anadolu Agency (R):

Pakistan is not a G20 member country, nor was Imran Khan included in this “family photo” taken by AFP at the 2017 edition of the summit.

The caption of the image reads: “GERMANY-G20-SUMMIT-FAMILY-PHOTO

“Participants of the G20 summit in Hamburg, northern Germany, pose for a family photo on July 7, 2017. Leaders of the world's top economies will gather from July 7 to 8, 2017 in Germany for likely the stormiest G20 summit in years, with disagreements ranging from wars to climate change and global trade. (Photo credit should read LUDOVIC MARIN/AFP/Getty Images)”. 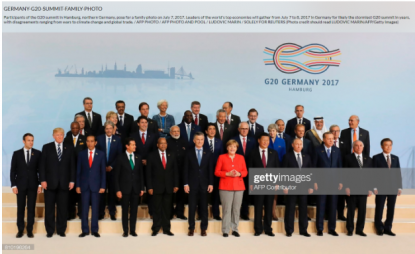 A screenshot of G20 family photo by AFP

The doctored photo was also debunked by Indian newspaper The Times of India in a report published here on September 30, 2019.

The original image taken by Anadolu Agency has been previously manipulated to add a photo of Russian President Vladimir Putin into the empty chair, as debunked here by Business Insider in 2017.