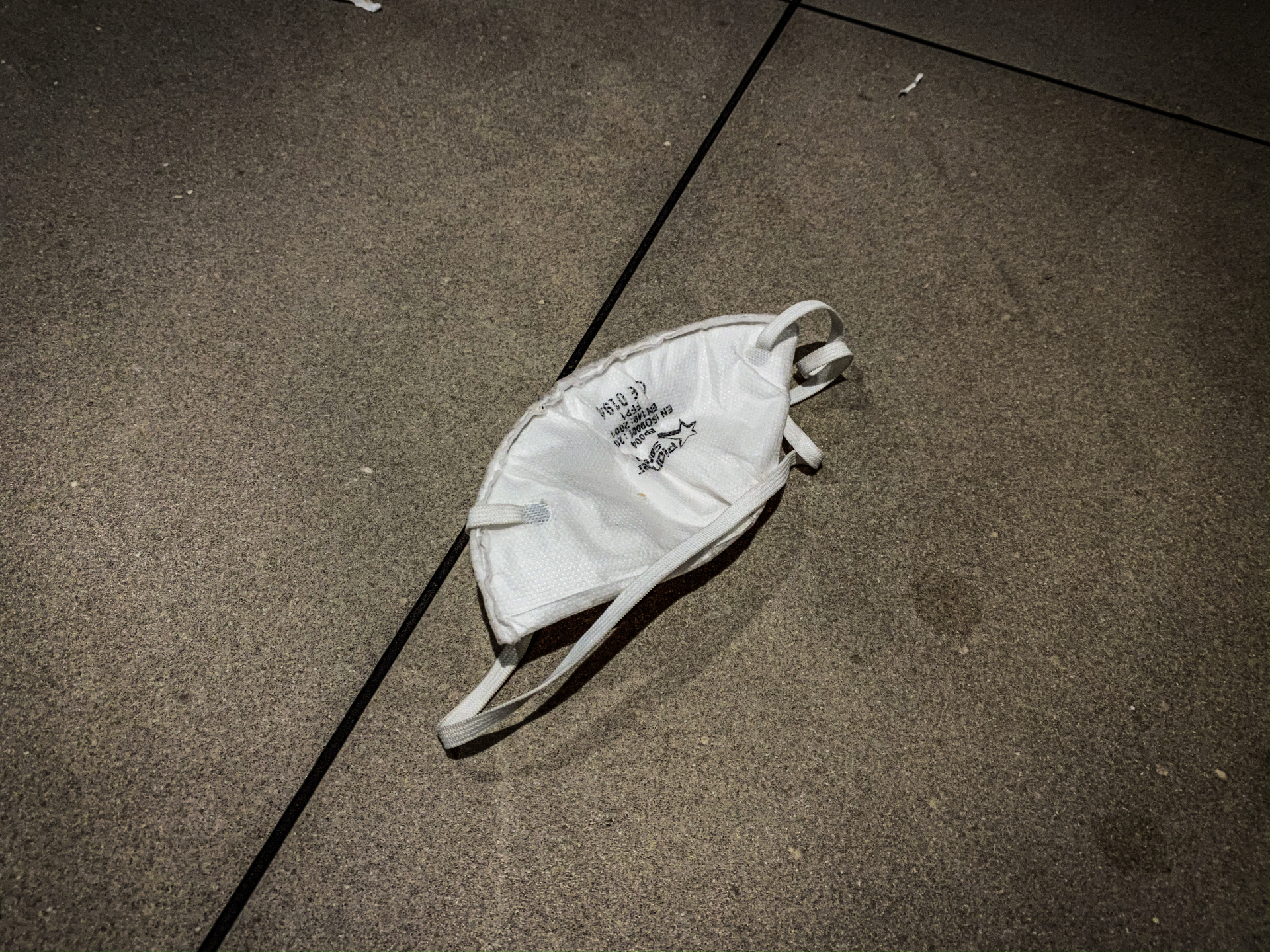 Facebook posts shared hundreds of times in South Africa claim that criminals posing as government officials are going around to people’s homes and distributing face masks that are laced with chemicals to knock them out and rob them. However, local police -- like their counterparts elsewhere in the world -- dismissed the claim as a myth.

It starts off with a purported warning from police about people going door-to-door handing out masks, claiming to be part of a municipal initiative.

“They will always ask you to please put it on to see if it fits you,” reads the post. “It has been doused with chemicals which knocks you out cold and once you're knocked out they proceed to rob you.” 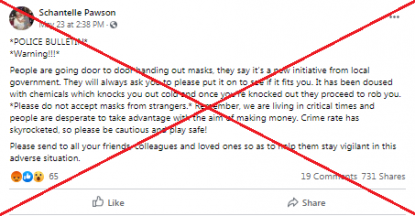 The same claim has also been shared a hundred times here on  Facebook.

Asked if this trend had been reported in South Africa, police spokesman Vish Naidoo said it was “an urban myth which started with people creating videos of motorists being hi-jacked under similar circumstances”.

“To date there hasn't been a single case reported to us,” said Naidoo.

Nor has crime skyrocketed in South Africa, as claimed in the post.

As happens with misinformation, the same claim has circulated in other parts of the world. It was refuted by police in Singapore, while AFP Fact Check also debunked the claim after it was shared in Dutch and in the US and Canada.