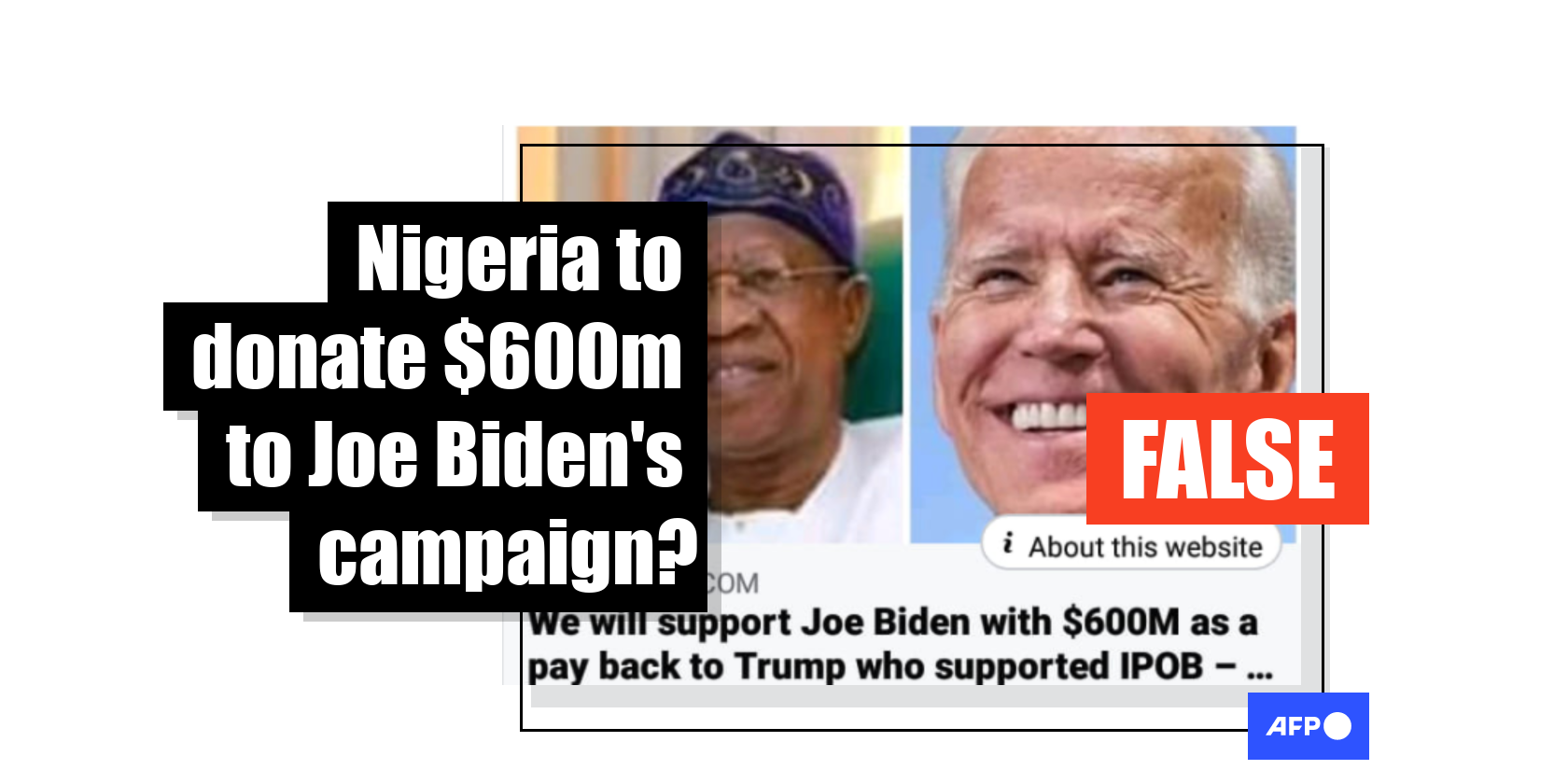 Multiple posts shared more than a thousand times on Facebook claim that Nigeria’s government has pledged $600 million to the campaign of US presidential candidate Joe Biden because incumbent Donald Trump had supported a separatist group in the west African country. But the allegations are false. There is no evidence that Nigeria has vowed to fund Biden, an act  prohibited by US law. Similarly, the claim that Trump had backed a separatist group in Nigeria is baseless.

“The Nigeria Minister of Information and Culture, Lai Mohammed has stated that the presidency will support Democratic candidate Joe Biden with $600m as a pay back to Trump who supported terrorists in Nigeria (sic),” reads this Facebook post from September 25, 2020.

It also alleges that Mohammed made the remarks at an event in the capital city Abuja where he purportedly urged “NIGERIA media to start from the first week of October to campaign for Joe Biden (sic)”.

No plans to donate $600m to Biden’s campaign

Foreign affairs ministry spokesman Ferdinand Nwoye told AFP Fact Check there was no government plan to back Biden. “To the best of my knowledge, there is nothing like that,” he said.

There is also no public evidence that Mohammed, the minister of information, made the statements in Abuja. Local journalists at major newspapers, who would typically receive such news, told AFP Fact Check the minister had issued no press statement expressing support for Biden in America’s election on November 3, 2020.

Obinna Chima, the group business editor of THISDAY Newspapers, said he did not get any message about government support for Biden, nor had he heard Mohammed say as much.

“It’s less than a month until the US presidential election and fake news about the election is booming. People should not just jump at anything they see on social media,” he said.

AFP Fact Check contacted Mohammed’s office and will update this report with any official comments.

Foreign governments forbidden from donating to US candidates

This type of misinformation is common in Nigeria in the lead-up to US elections. 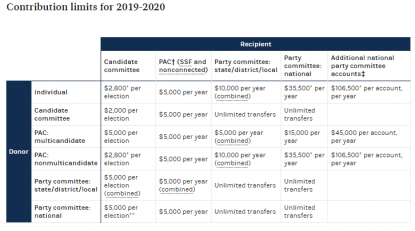 Screenshot taken on October 6, 2020 showing how much can be donated to US elections campaign -- it excludes foreign governments

In 2016, posts were circulating claiming that President Muhammadu Buhari donated $500 million to Hillary Clinton’s presidential campaign. Local media in Nigeria fact-checked the claim and found it to be false.

According to the US Federal Election Commission (FEC), foreign governments are not allowed to donate to any candidate in any elections.

“Foreign nationals are prohibited from making contributions, donations or expenditures in connection with any election — federal, state or local. Also, foreign nationals may not donate to any party committee building fund or fund electioneering communications,” the commission’s website reads.

There is also no official record of Trump endorsing the Indigenous People of Biafra separatists in Nigeria, as claimed in the false posts. AFP Fact Check debunked a similar claim involving the US president in January 2019.