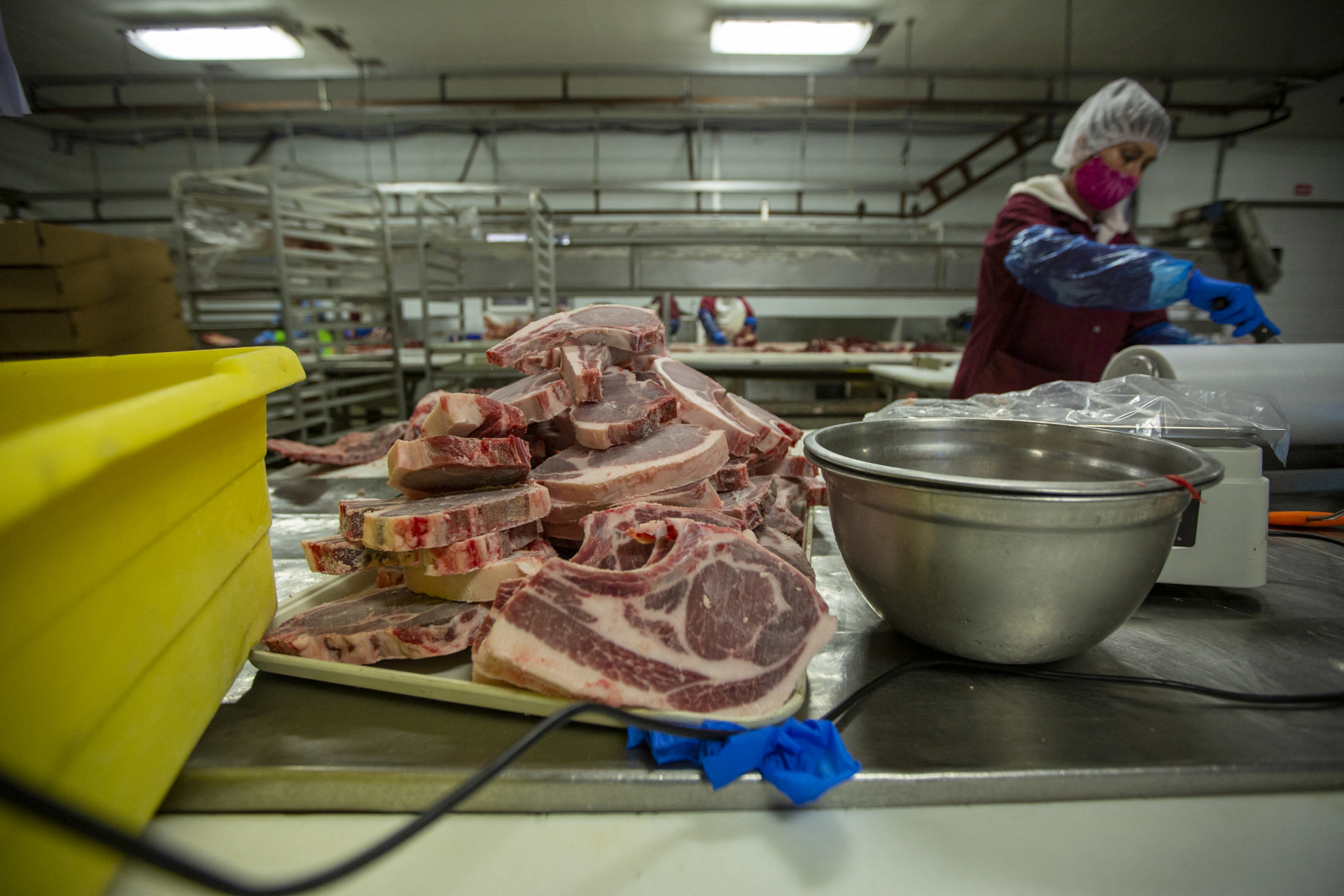 Social media posts claim chicken and beef have been injected with prion proteins, nanoparticles or other material that make them stick to fridge magnets. But the United States Department of Agriculture (USDA) says its surveillance measures guard against metallic contamination, while experts add that prions could not be responsible, and nanoparticles are not being added to meat. 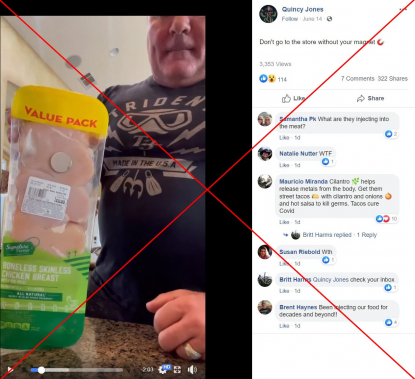 In the video, a man sticks a small round magnet onto the outside of a package of chicken. He says: “They’re just putting little prions in here,” suggesting that the prions -- an infectious protein -- are causing magnetic effects.

Multiple posts making similar claims about a variety of packaged and unpackaged poultry and meat products can also be found on Instagram, where the most popular iteration has topped 40,000 views. Videos on YouTube and Tik Tok, as well as compilation videos, have further spread the claim.

It comes after a series of false and misleading claims that linked Covid-19 vaccinations to magnetism spread around the world. These included a hoax, supposedly shown in videos, that people’s arms exhibit magnetic properties after they receive the shots.

Other posts claim a variety of reasons as to why magnets may stick to the meat. One says, “they are putting magnetic nano partials (sic) in our meat,” while another claims “they put heavy toxic metals in our food supply.”

Mick West, a British-American science writer, published a video on Metabunk.org, a website dedicated to debunking pseudoscience, demonstrating that magnets, coins, or other smooth objects will stick to various body parts, if one’s skin is slightly oily. “Remove the oil and the object will not stick,” he explains.

For similar reasons, magnets might stick to meat and poultry “due to the texture, angle or moisture of the product,” the USDA told AFP.

“However, this does not mean that there is metal in the meat or poultry. All meat and poultry products bearing the USDA mark of inspection have been inspected for safety, wholesomeness, and accurate labeling,” a USDA spokesperson said on June 21, 2021.

The spokesperson added that all establishments inspected by USDA’s Food Safety and Inspection Service are required to have a system in place “designed to prevent, eliminate, or reduce to acceptable levels any biological, chemical, or physical hazard that is reasonably likely to occur in the product.”

As a result, it is unlikely that an undetected piece of metal could contaminate meat products, the spokesperson said, with many establishments going so far as to “install metal detectors and/or X-ray devices for screening their final products to ensure no accidental/unexpected metal (shaving or a broken piece) is present”.

As for the social media claim that prions may be a magnetic component found in meat, “this suggested hypothesis has no foundation in science,” the USDA spokesperson said, adding: “They are organic matter. More specifically, they are misfolded proteins. Therefore, they would lack any sort of magnetic quality.”

Prions have an association with meat through the most well-known prion disease, BSE (bovine spongiform encephalopathy) -- also called mad cow disease -- which affects cattle and is believed to be related to variant Creutzfeldt-Jakob Disease in humans.

Dr James Mastrianni, a professor of neurology at University of Chicago Medicine, told AFP on June 17, 2021: “There is some association of prions in meat, but these came from diseased cows being inadvertently used in the preparation of bovine-derived food. They were never purposely injected into meat, although how could anyone disprove such a crazy hypothesis?

“Even if they were injected into meat, they are not magnetic and could certainly not perform the magic act of making a magnet stick to it.”

Some of the claims suggest that the phenomenon is caused by nanoparticles -- tiny materials invisible to the eye which can be of various types.

Iron is a natural component of beef and other meats but Jaydee Hanson, policy director at the Center for Food Safety, an activist group, told AFP on June 21, 2021: “While there is a remote chance that a powerful magnet could pick up on the magnetism of the iron in meat, it is really unlikely that most refrigerator magnets are that sensitive.

“As far as I know, no nano ingredients are being added to meats in the US.”