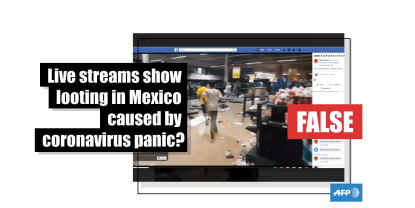 This footage of looting was filmed years before the pandemic

Published on Friday 27 March 2020 at 14:41
Footage purportedly showing a looting spree in Mexico prompted by panic over the novel coronavirus was aired on multiple Facebook live streams and viewed by tens of thousands of people during the week of March 23, 2020. Posts sharing the streams claimed that the chaotic scene was happening in real-time. The claim is false; the streams showed old footage from a 2017 looting incident in Mexico that was being played on a loop.
Read more 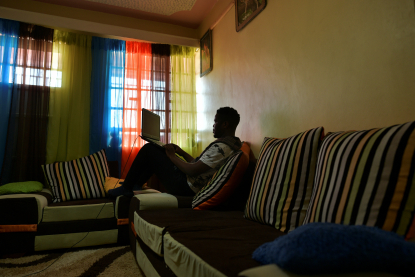 Published on Tuesday 24 March 2020 at 11:25
Posts circulating on social media claim that Ugandan and Kenyan authorities have instructed landlords to stop collecting rent due to the novel coronavirus. The claim is false; the countries have issued public guidance amid the pandemic, but there has been no official communication on rent payments and government officials dismissed the reports.
Read more 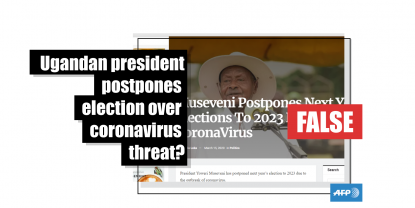 Published on Wednesday 18 March 2020 at 12:18
An article claiming Uganda’s President Yoweri Museveni has postponed next year’s general election to 2023 because of the global spread of the new coronavirus has been shared thousands of times in multiple Facebook posts. The claim is false; an electoral commission official issued a flat denial, labelling the claim “nonsensical”.
Read more 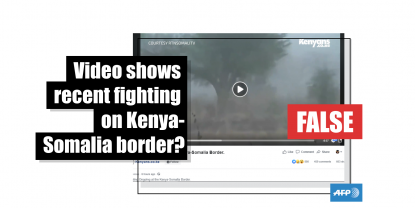 This footage has been circulating online since 2012

Published on Thursday 5 March 2020 at 11:36
Multiple posts on Facebook and Twitter have shared a video claiming to show a violent attack on the Kenya-Somalia border reported on March 3, 2020. However, the claim is false; the recording has been online since 2012 and used to report the conflict in Sudan.
Read more 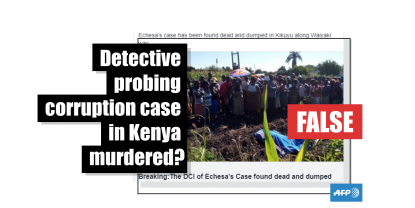 Kenya investigations head says there is no detective by that name; photo claiming to show the body is an old image

Published on Thursday 27 February 2020 at 13:47
An article claiming that a Kenyan detective assigned to probe a high-profile corruption case was killed and his body dumped on the outskirts of Nairobi has been shared hundreds of times on social media. Authorities, however, dismissed the claim as false while the image was first published at least two years ago.
Read more