This image shows a fire in Norway in 2006, not a recent blaze at Bamenda Central Prison

The image of a building engulfed by a massive fire has been shared hundreds of times on Facebook purporting to show a blaze at Cameroon’s Bamenda Central Prison on October 14, 2019. The claim is however false. The photograph of the burning building was taken in Norway, in January 2006. It’s a stock image that has been reused numerous times and on various websites to depict fire.

A Facebook post, which we’ve archived here, shares the image along with a caption reading: “Bamenda prison is on fire”. 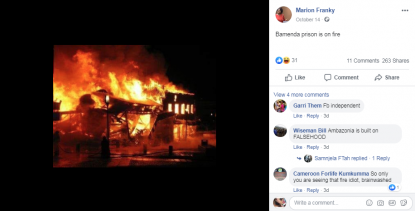 A reverse image search of the burning building on TinEye found over 580 references to the picture - the oldest being from 2009, which helped narrow down the search for the original. 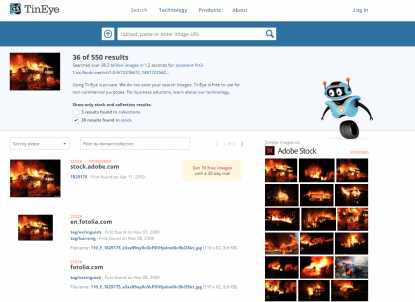 A screenshot taken on October 16, 2019 of the image reverse results on TinEye

A second reverse image search on Google, sorted by results “before 2009”, finds a 2006 collection of pictures on image stock collection site Dreamstime.

The image used in the misleading claim and a few more are attributed to a Norwegian based photographer, Harald Tjøstheim.

A couple of Tjøstheim’s pictures related to the fire are labeled “Tjemsland bygget at Bryne,'' referring to the A. Tjemsland AS built at Bryne -- a novelty and interior design shop in Norway.

The Tjemsland website and articles online also confirm that a fire took place at its Bryne location in January 2006 -- as seen here and here in Norwegian local reports.

According to the reports, damages related to the fire and water were estimated at between 20 and 25 million Norwegian kroner (approximately $2.1 - 3 million dollars) to the historical plot, with suspicions the fire may have been started by a couple of teenagers playing with fireworks.

Tjemsland corner reopened its doors six years after the fire in March 2012. 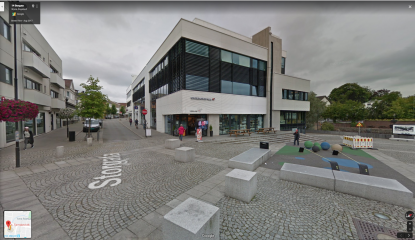 A screenshot taken on October 23, 2019 of a Google Maps Street View of Tjemsland on Bryne, Norway

“No that is not true, that information of a prison fire is fake news -- there is no fire in the prison,” he said. 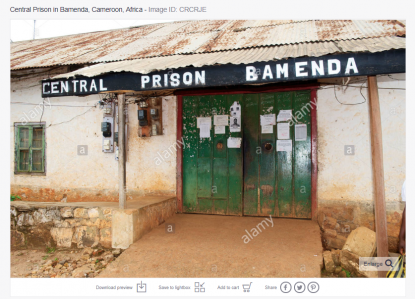 A screenshot taken on October 23, 2019 of Bamenda Central Prison on Alamy.com

No, flu shots do not make people contagious