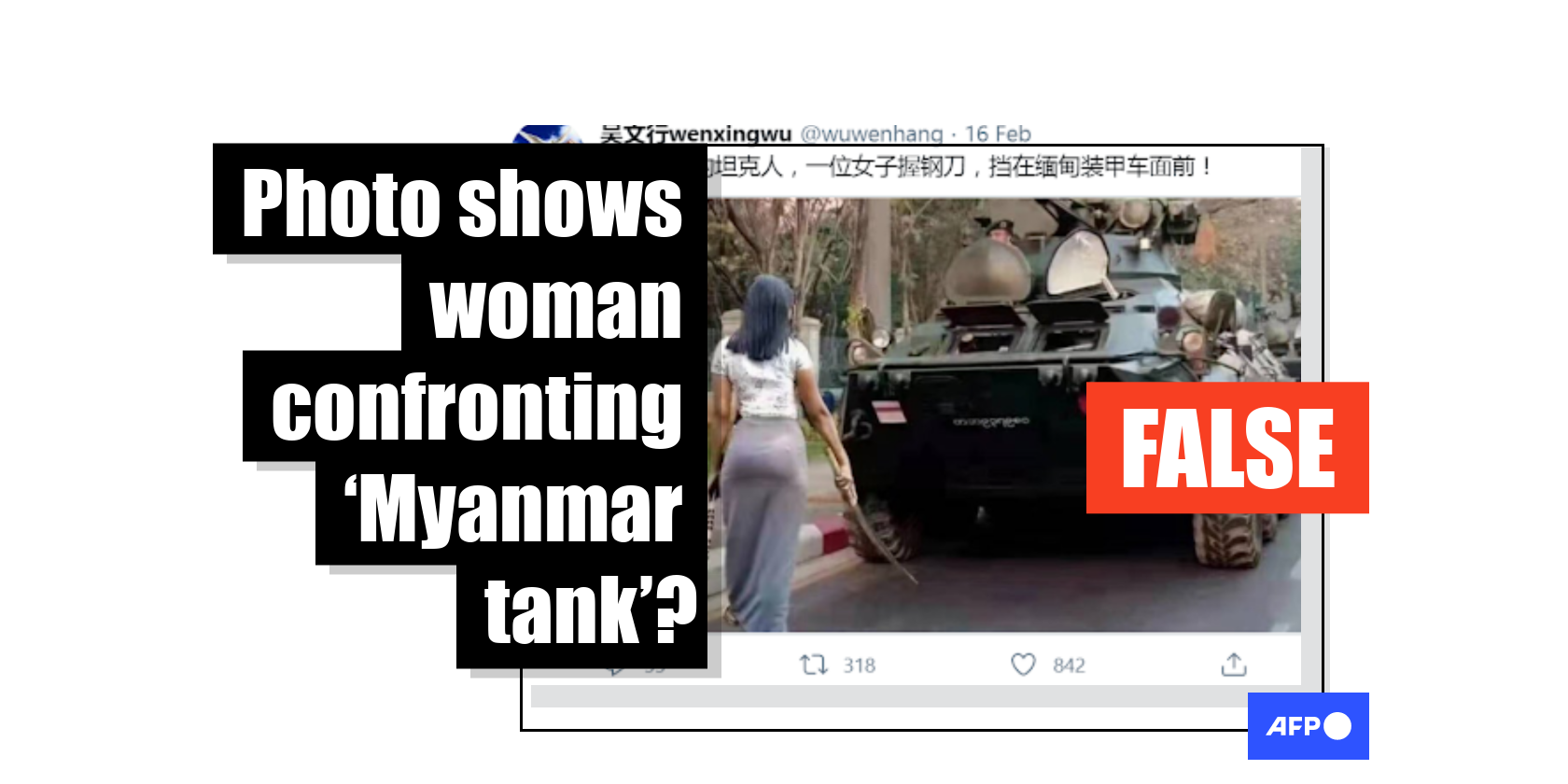 An image purportedly showing a woman with a sword confronting a tank in Myanmar has been shared on Facebook and Twitter as the junta intensifies a crackdown on anti-coup protesters. However, the image has been doctored from a photo of military vehicles patrolling Yangon in which the woman does not appear.

“Tank Man protesting against tyranny. A woman held a knife and stood in front of the Myanmar armoured vehicle!” the Chinese-language tweet reads.

The image shows a woman wielding a sword standing before an approaching armoured vehicle. 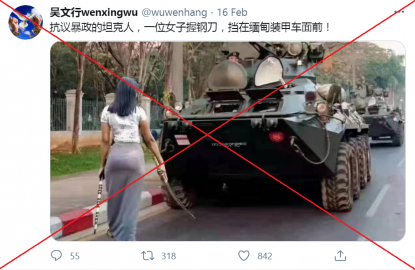 “Tank Man” is a reference to the iconic image of a man standing in front of a tank during the deadly Tiananmen Square crackdown in Beijing in 1989.

Protesters have taken to the streets in Myanmar since the military seized power in a coup on February 1, 2021, detaining civilian leader Aung San Suu Kyi.

Troops have been deployed around the Southeast Asian nation's biggest city Yangon to quell opposition to the new military junta, which justified its power seizure by alleging widespread voter fraud in November elections won by Suu Kyi's party in a landslide.

However, the picture has been doctored.

Below is a screenshot comparison between the picture from the misleading tweet (L) and the photo from the DVB TV News article (R):

The caption of the Facebook post written in Burmese and English says: “Some armoured vehicles are driving around Yangon today (February 14) / Photo - MPA”.