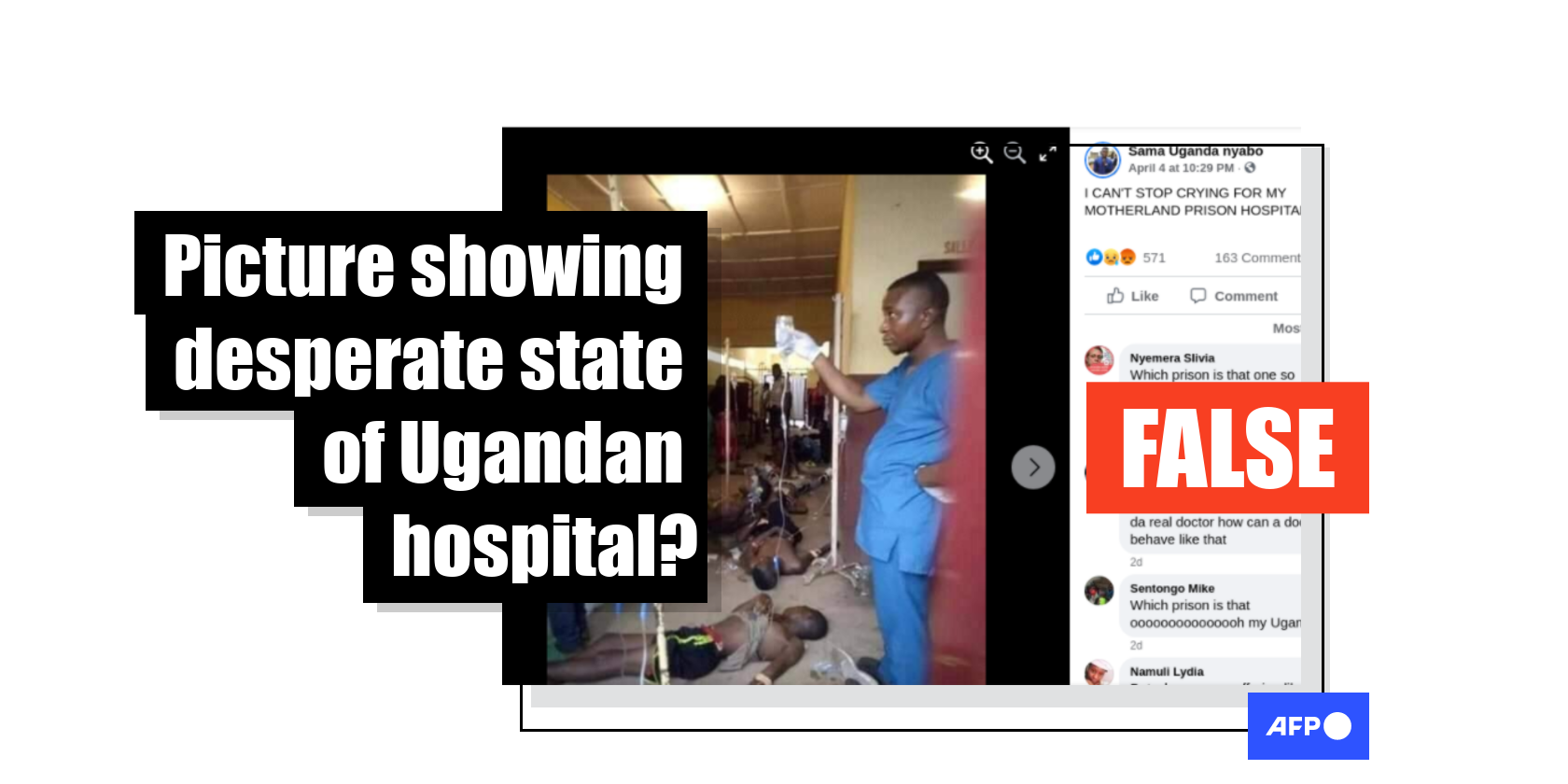 An image showing sick patients lying on the floor of a hospital hallway receiving intravenous (IV) treatment has been used in multiple Facebook posts alongside claims that the facility is located either in Uganda, Mali or Nigeria. In reality, AFP Fact Check found that the picture was taken inside the  N'zerekore hospital in Guinea. A medical worker at the facility and a former AFP journalist, who covered an anti-ebola vaccine campaign at the hospital, both corroborated our findings.

The post included an image showing half-naked patients scattered on the floor of what appears to be a hospital hallway. They are surrounded by medics dressed in blue and green scrubs. One of the medics is seen holding the IV bag for one of the patients.

The hospital's walls are painted in deep brown and cream. At the far right of the image (above the head of the medic in blue scrubs), you can make out the word “Salle” (the French word for “room”). 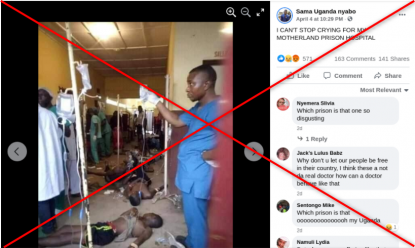 The same claim was shared on Facebook here, here and here as well as on Twitter. The posts condemned the Ugandan government for not sufficiently equipping medical facilities.

In 2020, similar posts featuring the image were circulated in Nigeria here and here.

However, AFP Fact Check found that the hospital is actually located in Guinea.

A reverse image search revealed news reports in Guinea (here, here and here) that used the picture in March 2020 to report deadly clashes that erupted in the town of N'zerekore, located in the southern part of Guinea, after a disputed referendum.

A report by Human Rights Watch confirmed the violence in Guinea, noting it was “at its worst in N'zerekore as long-standing intercommunal and ethnic tensions were ignited”.

A further search of hospitals in N'zerekore led to this article by the New Humanitarian, which showed an exterior picture of a hospital called N'zerekore Hospital. The building bears the same colours as the picture in the misleading posts.

Meanwhile, this video report by former AFP photographer Carol Valade showed both the interior and exterior of N'zerekore hospital. It displays the same colours and ceiling as those appearing in the photo used in the false Facebook posts. 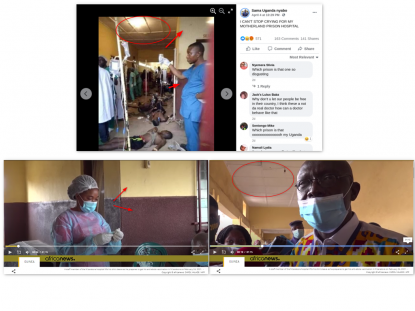 In the same video report, we spotted the French word “Urgence”  (“emergency room” in English) on the hospital’s walls -- a similar clue to the word Salle ("room" in English) which can be seen in the picture shared on Facebook. Guinea is a French-speaking country, hence the use of the language to name sections in the hospital. 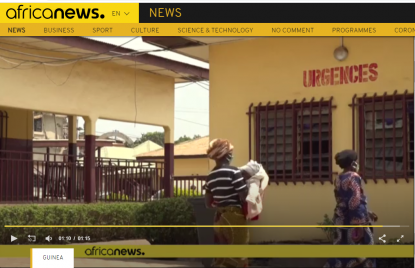 Valade, who in February 2021 reported from inside Nzérékoré hospital during the anti-ebola vaccine campaign, confirmed that the facility was in Guinea.

“It is the same spot (where) I captured images during the vaccination campaign. It is the emergency entry,” Valade told AFP Fact Check.

A medic working at the facility also told AFP Fact Check that he recognised one of the patients on the floor, saying they were brought in during post-election violence in March 2020.

"This image has been taken at the regional hospital of Nzérékoré. I do not remember exactly the date but the young person who is in this image, I recognise him. This image was taken during the movements after elections,” said the medic, who asked to remain anonymous as he still works at the facility.

During its search, AFP Fact Check obtained another image of the hospital hallway taken from a different angle by a local resident who asked to remain anonymous. The picture shows the full French phrase  “Salle de Soins” (“treatment room” in English) inscribed above the door.

The ceiling is also identical to the picture in the false post. 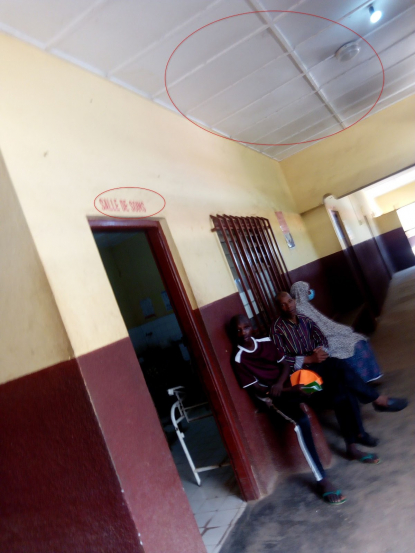 AFP Fact Check tried to contact the hospital management but has not yet received a response.