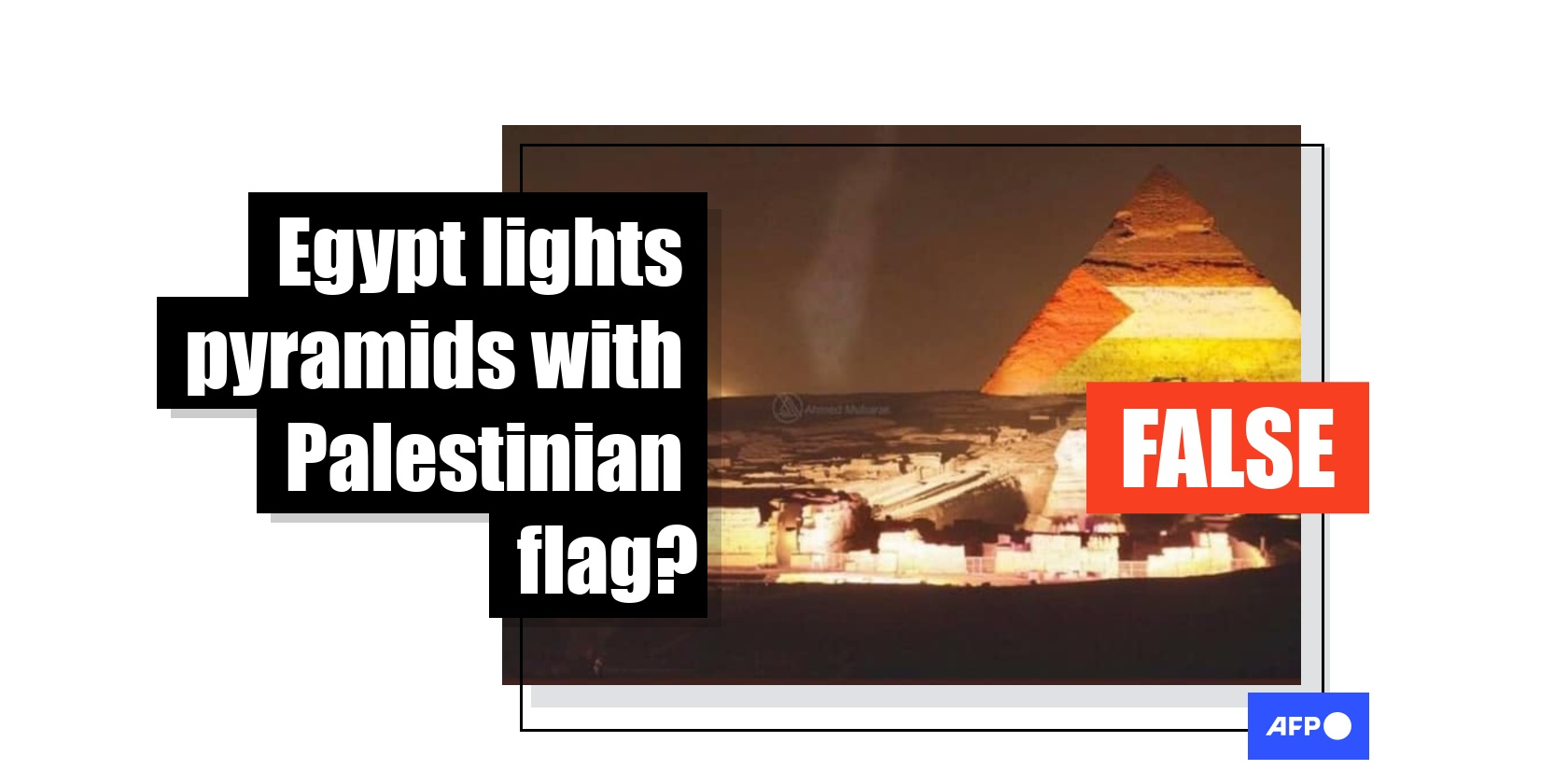 Images of Egypt's Pyramids of Giza lit with the colours of the Palestinian flag have been shared thousands of times on social media alongside claims that this was done as  a tribute to Palestine. The photos appeared as fresh violence erupted between Israeli forces and Hamas militants in the Gaza strip. But the claim is false: the picture is old and has been edited. Egyptian authorities also denied there was such a display of support on the pyramids.

The posts feature a nighttime image of the Pyramids of Giza, with the colours of the Palestinian flag projected onto them.

“Egypt showing the flag of Palestine on the pyramids,” reads the caption of a tweet that has been liked more than 35,000 times and retweeted 8,000 times since being posted on May 15, 2021. The tweet comes from an account called @Arabbeau, which has more than 145,500 followers. 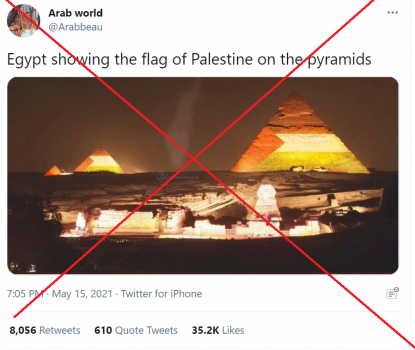 The photo has also been posted on Facebook, including this post shared nearly 350 times in South Africa since it was published on May 15, 2021.

The Facebook caption reads: “Egypt showing the flag of Palestine on the pyramids. Thank you Egypt!”

As AFP reports, the latest deadly conflict was sparked after clashes broke out at Jerusalem's flashpoint Al-Aqsa mosque compound -- one of Islam's holiest sites -- after Israeli forces clashed with stone-throwing Palestinians on May 7.

This followed a crackdown against protests over planned evictions of Palestinians in the Sheikh Jarrah neighbourhood of east Jerusalem.

Although Egypt has been offering humanitarian assistance to Palestinians in Gaza, the pyramids were not lit in a sign of solidarity.

Ashraf Mohi, the head of the Giza Plateau archaeological site, confirmed that no such lighting display occurred.

“The image circulating is composite, and the pyramids were not illuminated with the Palestinian flag,” he told the AFP bureau in Cairo.

An online search led to the original image on Wikimedia Commons, posted by user Ayah Ahmed in August 2014. The version on Wikimedia does not show the colours of the Palestinian flag.

A side-by-side comparison reveals key matching details from the original photo and the manipulated version being shared in the false Facebook posts, including the light on the horizon and light patterns in the lower corners of each image.

AFP Fact Check has previously debunked manipulated images of the pyramids of Giza, including a display of the Lebanese flag following the Beirut explosion in August 2020.