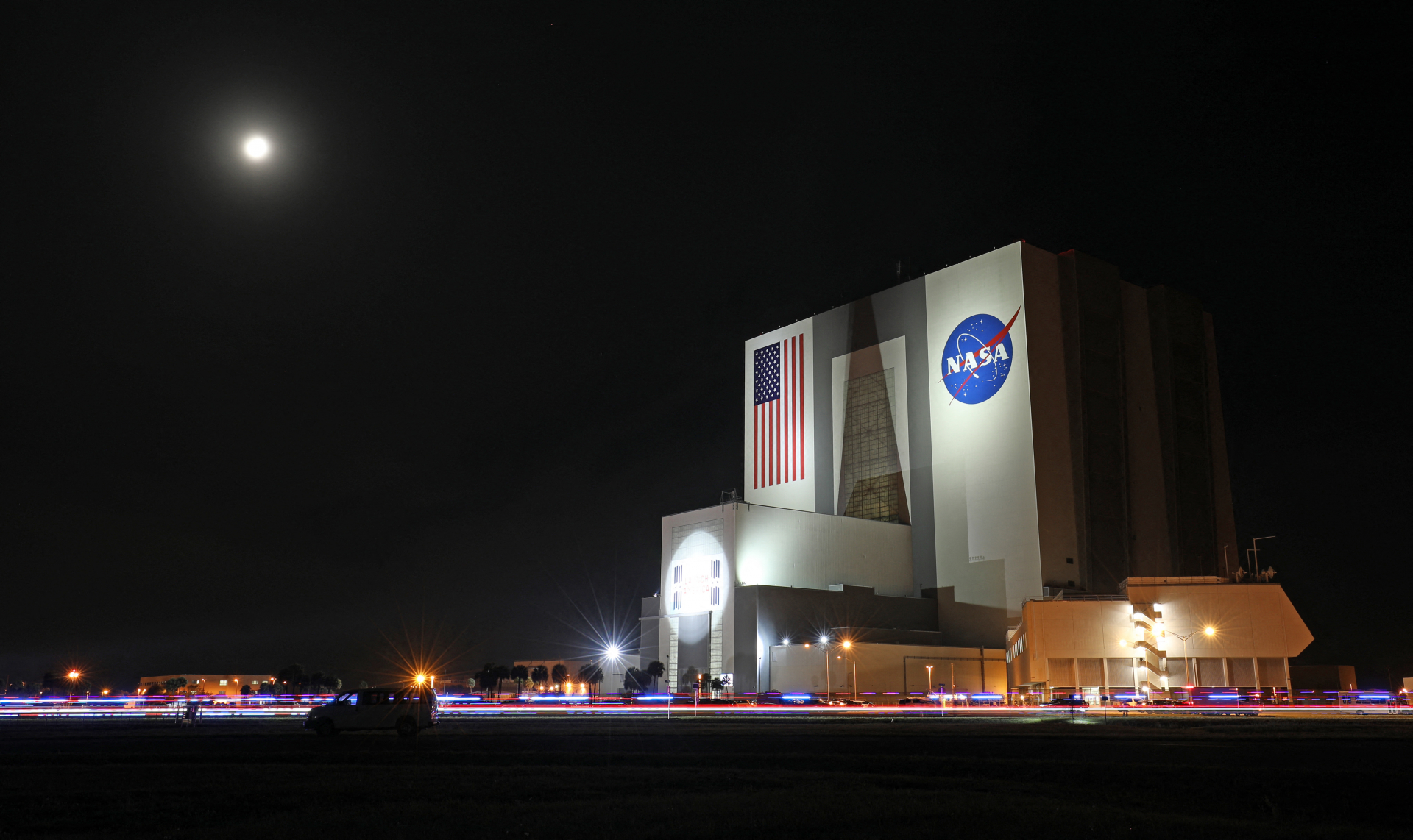 Social media posts in Thailand have shared a claim that US space agency NASA warned an asteroid is on path to hit Earth and cannot be stopped by nuclear weapons. The claim is false: the posts misrepresented as real a NASA simulation exercise involving a fictitious asteroid. A NASA report found no known asteroids pose a significant risk to Earth over the next 100 years.

The claim was shared here on Facebook on May 7, 2021 alongside an image that appears to show an asteroid hovering near Earth.

“NASA warned an asteroid will hit the Earth in six months, nuclear bomb wouldn’t be able to stop it.” 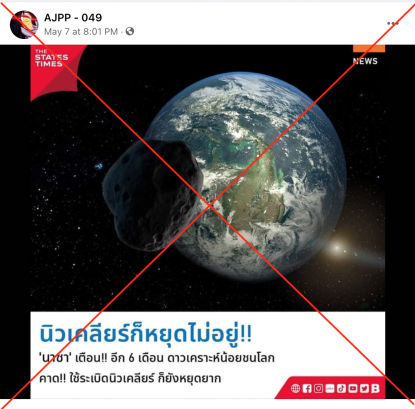 Other posts with a similar claim have been shared here and here on Facebook and here on a public forum.

The claim is false: the posts have misrepresented a NASA simulation exercise as real.

AFP found the image was originally published by the Thai news organisation The States Times here on Facebook on May 6, 2021.

The States Times cites information from this report published by British tabloid The Daily Mail on May 3, 2021 .

“In a simulated exercise, US and European scientists were told they had six months to come up with a lifesaving plan to stop a massive rock smashing into Earth that had been spotted 35 million miles away.”

A NASA spokeswoman confirmed the purported asteroid is not real.

“This exercise was purely a simulation and involved a fictitious asteroid named 2021PDC. This asteroid does not exist, and as such is not a threat to Earth.”

The Jet Propulsion Laboratory (JPL), the NASA-funded research and development lab, released a statement titled “The 2021 PDC Hypothetical Asteroid Impact Scenario” stating that the scenario is “completely fictional” and “does not describe an actual potential asteroid impact”.

According to the statement, NASA created a scenario where an asteroid called “2021 PDC” could potentially impact the earth in six months’ time.

NASA said that there are no known asteroids that pose a significant risk of impact with Earth over the next 100 years.