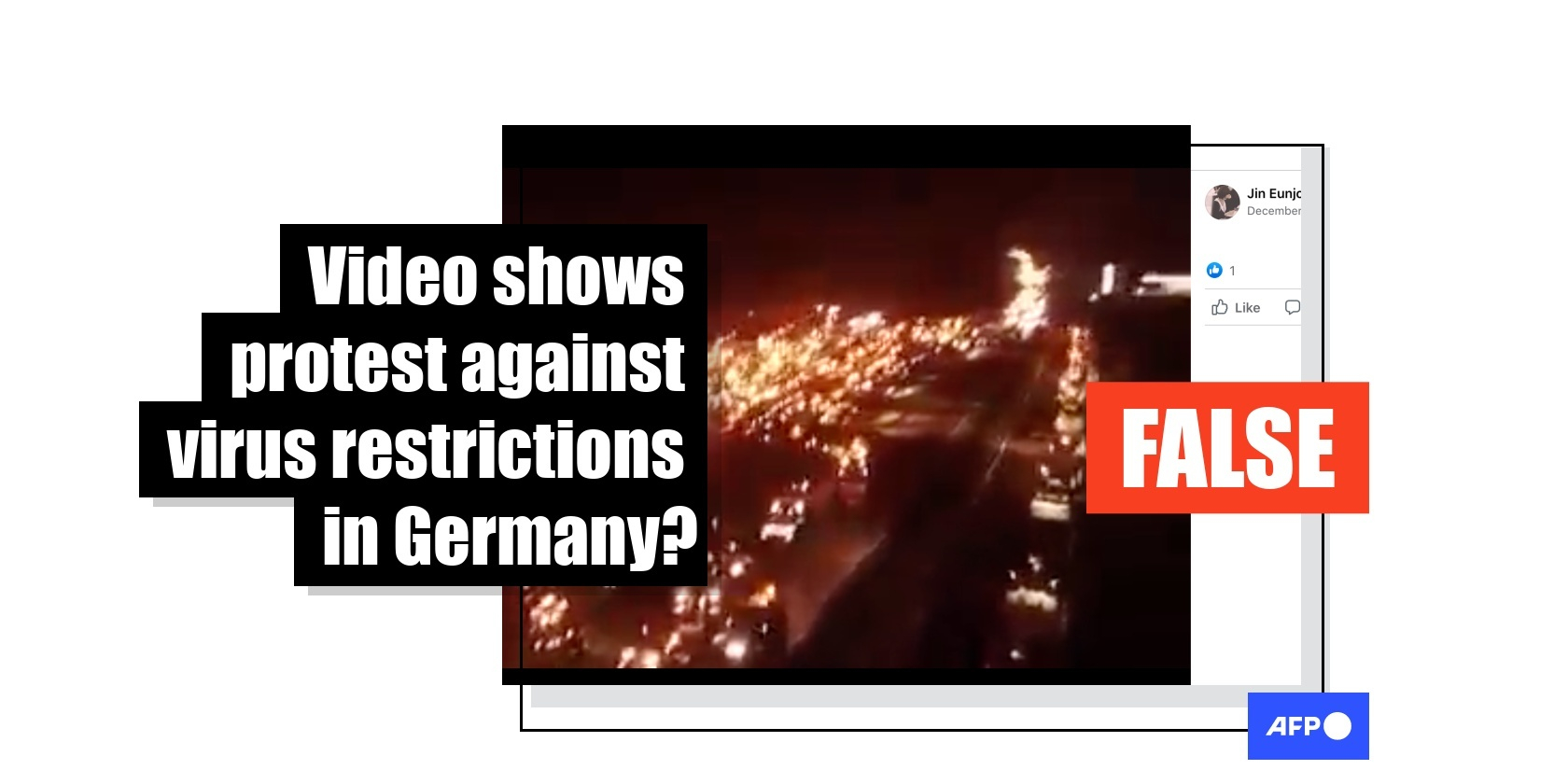 Video shows German farmers' protest from 2019, not a rally against Covid rules

A video has been shared repeatedly in multiple Facebook posts that claim it shows a protest against the German government's "medical tyranny" in December 2021. The claim circulated online after Germany imposed sweeping curbs on people not vaccinated against Covid-19. However, the claim is false: the video shows German farmers protesting in Berlin in November 2019 over new agricultural rules. 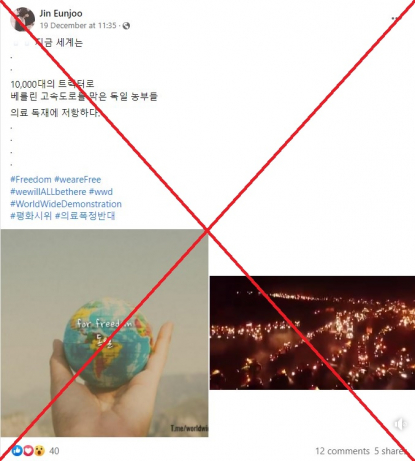 "Happening now in another part of the world. German farmers blocked the roads with 10,000 tractors to protest against the government's medical tyranny," reads the Korean-language claim.

The 35-second clip shows tractors and other large vehicles blocking a road at night.

The claim circulated online after then German Chancellor Angela Merkel announced in early December 2021 new curbs for people not vaccinated against Covid-19, including a ban on using cultural and leisure facilities.

Screenshots from the first 10 seconds of the same video with similar claims have been shared on Facebook here, here and here.

However, the claim is false: the video shows a protest staged before the pandemic.

A Google reverse search of a keyframe from the video found the same footage was uploaded to YouTube on November 26, 2019, by German radio station Antenne Thuringen with the German-language caption "Farmers' protest in Berlin."

It was shared the same day by a Twitter user and retweeted alongside a caption that reads: "After the German government introduced new environmental limitations that include restrictions on pesticides and herbicides, farmers from across Germany drove their tractors to the capital of Berlin to show their discontent."

A further keyword search found a longer video of the protest, uploaded by Agrartechnik MV, a German channel that posts content about agricultural technology.

The video from the misleading posts matches the beginning of the 13-minute footage:

Screenshots of the same scene in the false post's video (left) and the Agrartechnik MV video (right), taken on December 14, 2021. Circled by AFP

The German-language caption below the video reads: "Rally to Berlin !!! with over 15,000 tractors and over 40,000 participants.

"On November 26th, 2019, one of the biggest protests of farmers against agricultural policy took place in Berlin, among other things against stricter rules for environmental protection.

"For this reason, farmers from all over Germany have come to Berlin with their tractors."

German media organisations reported on the protest here and here.