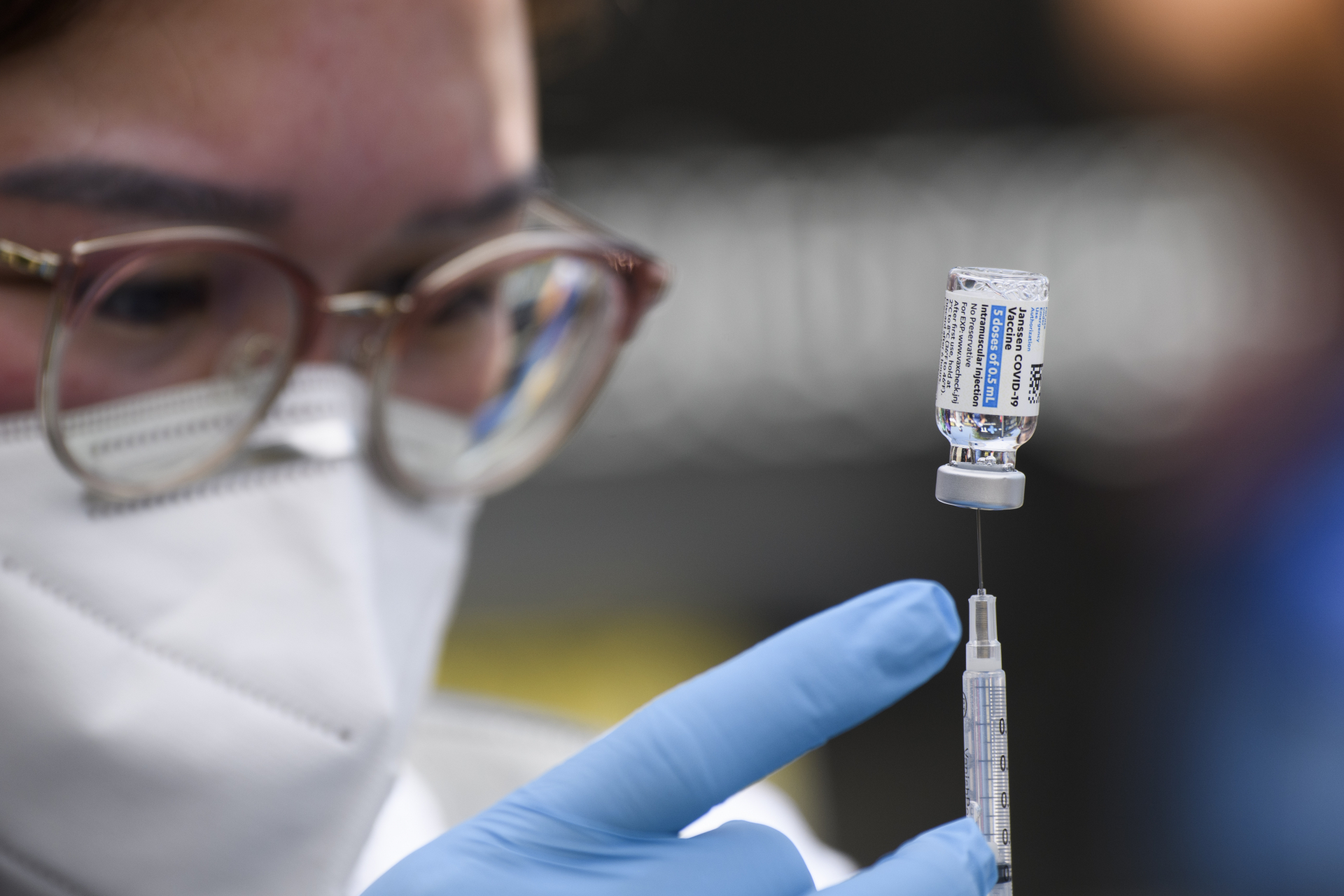 Graphene is not a Covid-19 vaccine ingredient, nor is it found in beach sand

A video shared hundreds of times on Facebook in South Africa features two Australian women using a magnet to trap particles of black beach sand, which they claim is graphene that ends up in vaccines, food and other items. But these claims are false: experts have repeatedly said that none of the Covid-19 vaccines contains graphene. A geologist told AFP Fact Check that the dark beach particles occur naturally all over the world and are not graphene, which is a synthesised material.

The video has been shared more than 800 times since it was posted on Facebook on October 10, 2021. 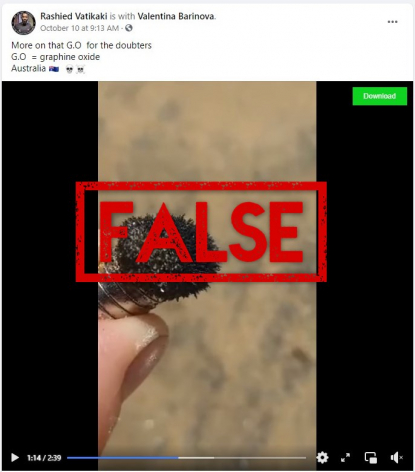 Screenshot of the false video post, taken on October 12, 2021

In the video, two unidentified women claiming to be in Melbourne, Australia, use a small magnet to trap dark particles on a beach.

“When this black, which we believe to be graphene, gets on the magnet, it tends to grow,” says one of the women.

A few moments later, her companion remarks that “it’s heavy metals and it’s also in the jab”, before repeating that “it’s one of the ingredients in the jab and that’s going into your body”.

As the black particles cling to the magnet, she asks: “See those spiky bits? That spike protein is going in your body after the jab and that dehumanises you, pretty much.”

Finally, they claim that it magnetises people’s arms after a Covid-19 vaccination.

But all these claims are false.

Graphite is a naturally occurring form of crystalline carbon found in metamorphic and igneous rocks. It is extremely soft and has a wide range of uses in manufacturing including being used in pencil tips.

Graphene is a nanomaterial (a compound made up of tiny particles) that is reported to have antibacterial and antiviral properties. It is an artificially produced and electrically conductive form of elemental carbon and is considered one of the lightest and strongest materials that have the ability to conduct both heat and electricity.

As previously reported by AFP Fact Check, graphene oxide is a super strong, ultra-thin derivative of graphene, which has been reported to have antibacterial and antiviral properties.

Graphene not found on beaches

Dr Craig Smith of the Geological Society of South Africa told AFP Fact Check that “graphene is a man-made substance” and not found on beaches.

Smith said that what the video shows is typical of many beaches around the world “where the beach sand has dark mineral grains mixed with lighter coloured quartz and feldspar grains”.

He added that some beaches have heavy mineral constituents abundant enough to allow for mining.

“The commonly found minerals in beaches include zircon (used in abrasives) and ilmenite and rutile (titanium-bearing minerals used in paint).”

In Australia, the main elements extracted from mineral sand deposits are titanium from ilmenite and rutile sands, zirconium from zircon sands and thorium from monazite.

In South Africa, Richards Bay Minerals in KwaZulu-Natal is known for processing rutile and zircon.

Graphene in vaccines 'a myth'

Experts told AFP Fact Check that the approved Covid-19 vaccines don't have graphene, graphene oxide or graphite as an ingredient.

Marc Mendelson, a professor of infectious diseases at the Groote Schuur Hospital in South Africa, said that “none of the vaccines approved for use by the World Health Organization (WHO) or any other internationally recognised regulatory bodies contains graphite, graphene or its derivative, graphene oxide".

The claim "is a myth and misinformation that has already been disproven," he said.

Mendelson added that there are no heavy metals in Covid-19 vaccines as the video claims.

Graphene oxide is being studied in vaccines as a possible adjuvant or ingredient to help the shot trigger a stronger immune response.

The WHO also told AFP Fact Check that “none of the authorised COVID-19 vaccines contains graphene or graphene oxide as an ingredient.”

AFP has previously debunked claims about graphene and Covid-19 vaccines here and here.

The two women in the video also allege that the dark particles contain spike proteins.

The spike protein is located on the outside of a coronavirus and allows SARS-CoV-2 – the virus that causes Covid-19 – to enter human cells.

Mendelson told AFP Fact Check that “the spike protein is a molecule positioned on the surface of the virus, whose job it is to interact with a receptor (like a key into a lock) on the human cell surface, enabling entry of the virus into the cell. It is shaped like a ‘spike’. It is not made of metal!”

Mendelson added that there was no evidence that the spike proteins generated by human cells following vaccination are toxic.

Here is a video from the WHO showing how coronavirus vaccines work.

The video also claims that graphene is dispersed onto beaches via chemtrails or aerial spraying and that vaccines make people’s arms magnetic. Both claims are false.

The chemtrail theory holds that organisations and powerful people are engaged in a secret programme to add toxic chemicals to the atmosphere using aircraft or rockets.

However, the white lines that appear behind an aircraft are water vapour released at high altitudes which condenses into ice crystals. They are known as contrails.

Meanwhile, Dr Stephen Schrantz, an infectious disease specialist at the University of Chicago Medicine, told AFP Fact Check that "getting a Covid-19 vaccine cannot cause your arm to be magnetised. This is a hoax, plain and simple".

The US Centers for Disease Control and Prevention has also dismissed the idea that the vaccines contain magnetic substances, saying: “Covid-19 vaccines do not contain ingredients that can produce an electromagnetic field at the site of your injection.”