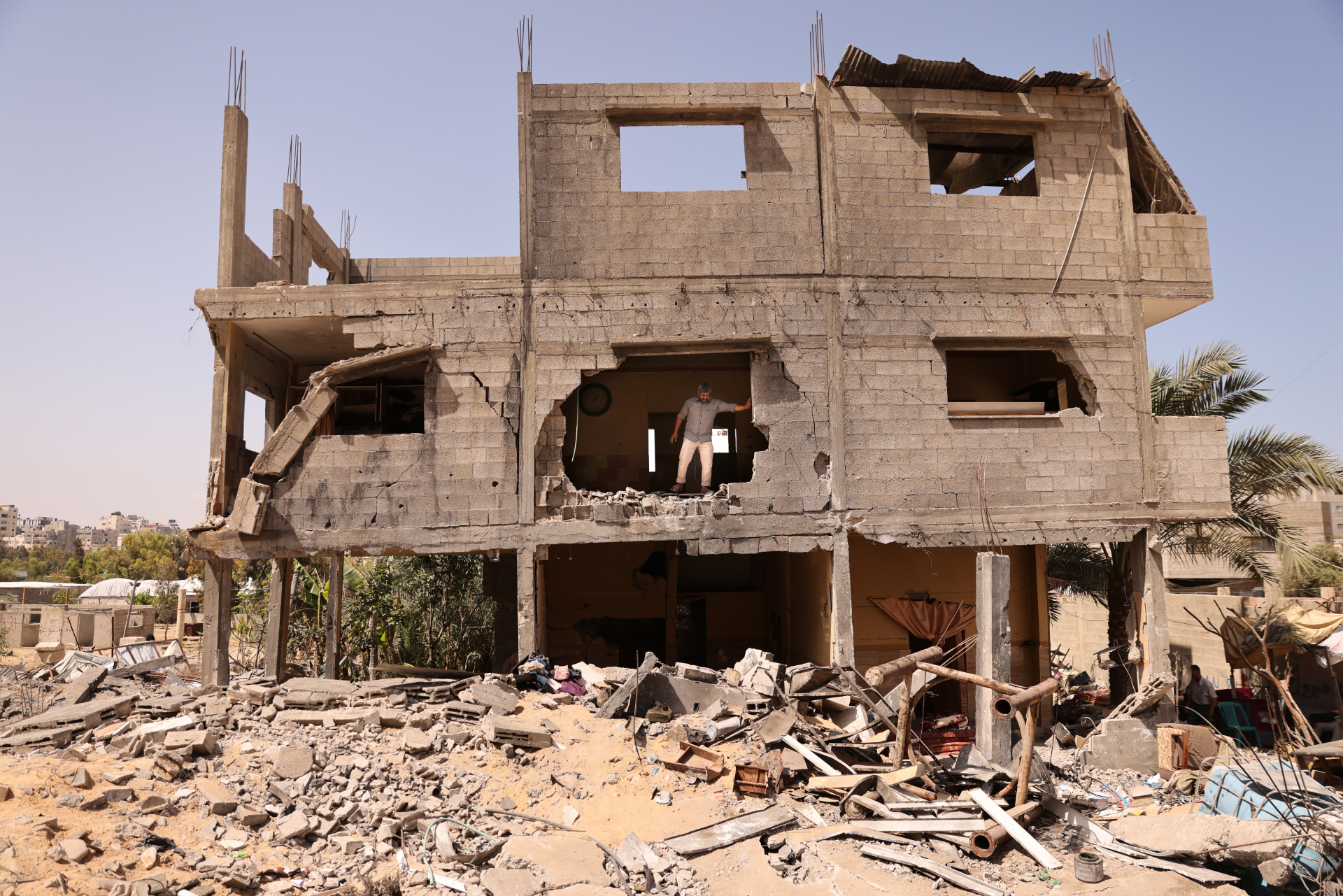 Palestinian Mansour Abu Ghadyan, who now lives with his family in a school run by the United Nations Relief and Works Agency for Palestine Refugees (UNRWA), is pictured in his house, damaged during the recent Israeli bombing in Gaza City, on May 29, 2021, more than a week after a ceasefire brought an end to 11 days of hostilities between Israel and Hamas. ( AFP / THOMAS COEX)

A video has been viewed more than a million times in online posts that claim it shows Israeli soldiers arresting a Palestinian child in Gaza in May 2021. The video has been shared in a misleading context: it has circulated in reports since at least March 2017.

The caption states in part: “Armed zionist Soldiers arrest a Palestinian child, does this look like self-defence to you?” 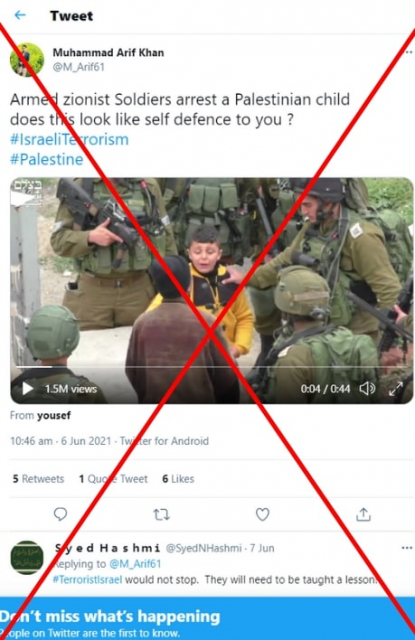 The video has been viewed more than one million times in other online posts following the Gaza conflict in May 2021, including here, here and here on Twitter; here on Instagram; and here on TikTok.

Some comments on the posts include the hashtag “#SaveSheikhJarrah”.

Sheikh Jarrah is a neighbourhood in Israeli-annexed east Jerusalem that became a flashpoint for recent conflict, AFP reported in June.

But the video has been shared in a misleading context: it predates the recent conflict in Gaza by more than four years.

Keyword searches on Google found the video corresponds to the one-minute mark onwards of this footage. It was posted on the YouTube channel of nonprofit organisation B’Tselem on March 24, 2017.

“Two soldiers dragged him to the al-Harika neighborhood and took him into several homes, demanding he identify children who had thrown stones and a Molotov cocktail at the Kiryat Arba settlement.

“Over an hour later, several women managed to extricate the boy and return him to his mother. Two local residents, including B’Tselem volunteer May Da’na, captured the incident on video.”

Below is a screenshot comparison of the video in the misleading posts (L) and the video posted by B’Tselem (R): 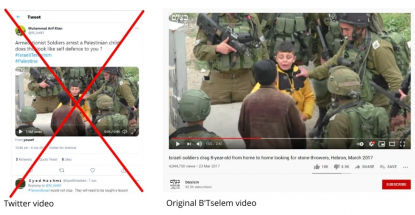 The same footage was embedded in March 2017 media reports about the incident here and here.