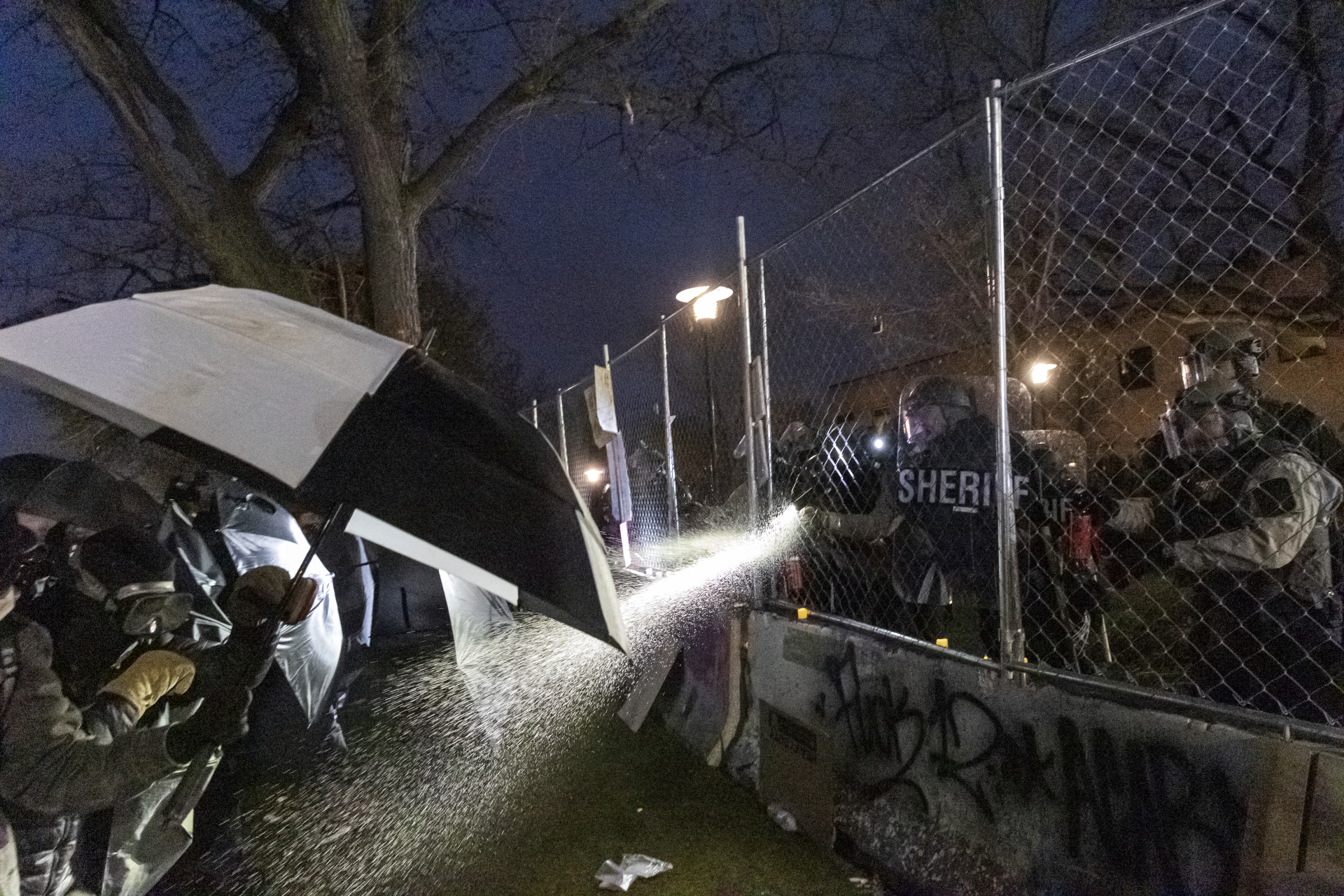 An officer uses pepper spray on demonstrators protesting near the Brooklyn Center police station in Minnesota on April 14, 2021 after the death of Daunte Wright who was shot and killed by a police officer during a traffic stop on April 11, 2021 (AFP / Kerem Yucel)

Foot Locker did not donate $200 million to Black Lives Matter

Posts shared across social media say that athletic retailer Foot Locker donated $200 million to Black Lives Matter, yet saw their stores looted by the organization in Minneapolis, amid protests after the fatal shooting of Daunte Wright. But both Foot Locker and BLM confirmed to AFP that the sportswear company did not make a donation to the organization. Both Foot Locker and the Black Lives Matter (BLM) Global Network Foundation confirmed to AFP that the sportswear company did not make any such donation.

“Foot Locker has not contributed any funds to BLM Global Network Foundation,” Sean Wherley, a public relations representative for the foundation told AFP by email.

The confusion may have stemmed from Foot Locker’s Leading Education & Economic Development (LEED) initiative, launched in June 2020 to support Black communities, through economic and educational projects, with a promise of a $200 million donation over five years.

“Our LEED initiative is not a financial donation to Black Lives Matter,” a Foot Locker, Inc. spokesperson told AFP in an email. “The commitment is to many communities and organizations, not to one nonprofit or group.”

The posts started spreading on April 12, 2021 as a suburb of Minneapolis, Minnesota was under curfew, after a policewoman fatally shot Wright, 20. The killing of the young Black man sparked protests not far from where former police officer Derek Chauvin was on trial for the death of 46-year-old George Floyd, who was also Black, last summer.

Policewoman Kim Potter faces second-degree manslaughter charges for the killing of Wright. She claims she confused her firearm with a taser pistol she had been meaning to use, after Wright tried to escape during a traffic stop.

While some protesters lit candles and wrote messages of support and condolence, clashes broke out the night after Wright’s death as a group numbering several hundred gathered outside the Brooklyn Center Police Headquarters and were met with tear gas and flash bangs.

About 20 businesses were looted at a local mall that night, according to John Harrington, the state’s commissioner of public safety. Footage shared on social media showed a looted Foot Locker, here and here.

US President Joe Biden called the shooting of Wright by police “tragic” during a press conference on April 12. “In the meantime, I want to make it clear again: there is absolutely no justification, none, for looting. Peaceful protests -- understandable,” he said.