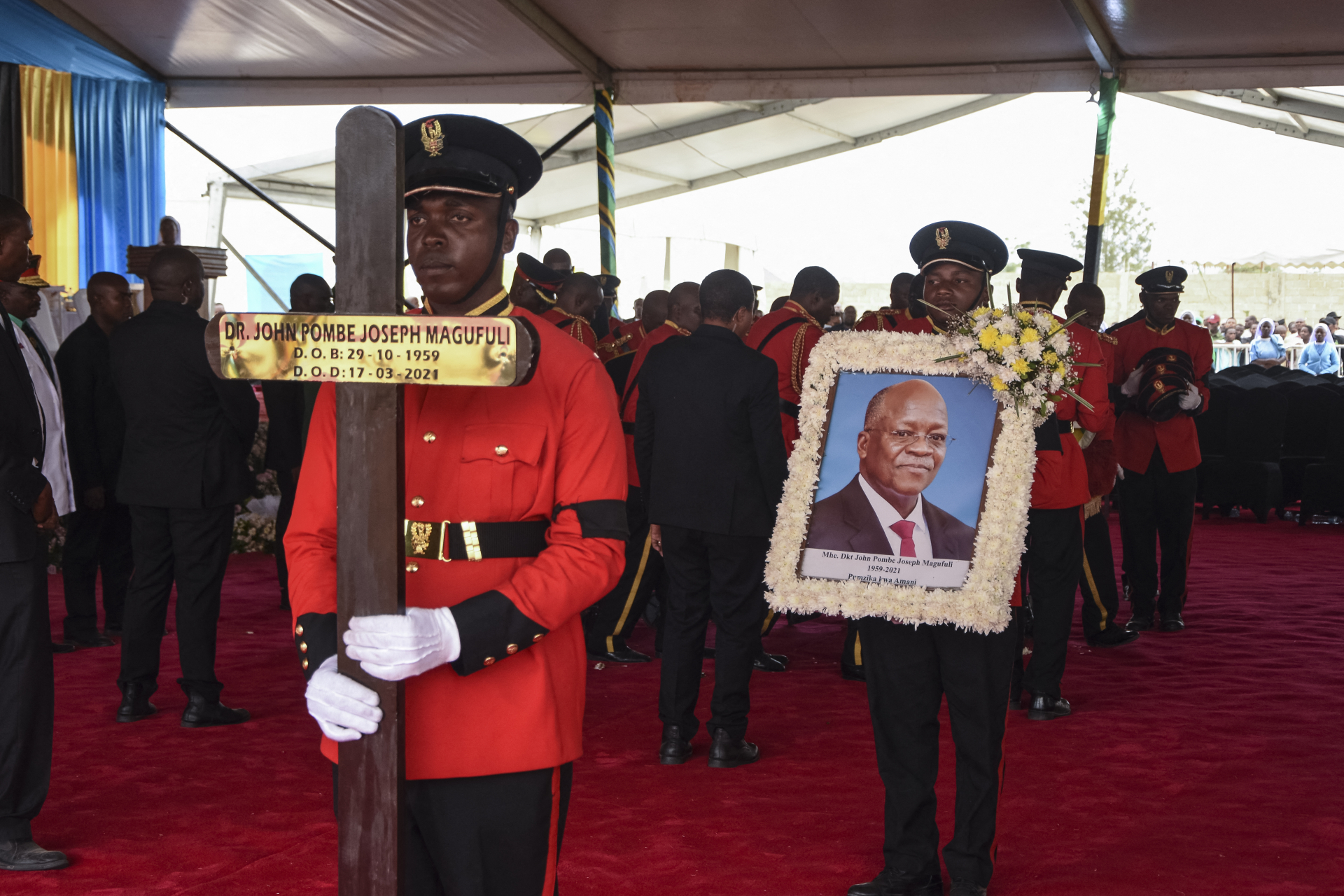 Personnel of the Tanzania People's Defence Force (TPDF) moves the coffin of the late Tanzanian President John Magufuli for the burial after the farewell mass at Magufuli Stadium in Chato, Tanzania, on March 26, 2021 (Photo by - / AFP)

Multiple Facebook posts have shared a claim that “not a single politician in the world” died of Covid-19 except John Magufuli, a former president of Tanzania known for downplaying the scale of the pandemic. The claim is misleading: at least eight serving and former politicians globally have died of Covid-19, according to an AFP tally. Tanzanian authorities said Magufuli died of a heart condition, while his opponents insisted he contracted the coronavirus before his death.

“Not a single politician in the world has died from the rona… Except the one who called it out #Tanzania,” reads a Facebook post shared on April 2, 2021. 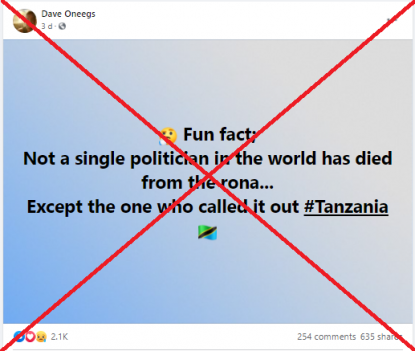 Magufuli has been described as a Covid-19 sceptic who denied the coronavirus existed in his country for a significant portion of the pandemic, AFP reported.

Authorities said he died of a heart condition after going missing for several weeks, but political opponents insisted he contracted the virus shortly before his death.

An identical claim was also shared in Facebook posts here and here.

At least eight serving and former politicians have died after contracting Covid-19, according to an AFP tally.

Ambrose Dlamini, then prime minister of the southern African kingdom of Eswatini, became the first sitting leader to die of Covid-19 on December 13, 2020, AFP reported.

In the US, Texas congressman Ron Wright died on February 7, 2021 after contracting Covid-19, becoming the first sitting member to lose his life after battling coronavirus. He had also suffered from cancer in recent years, and tested positive for Covid-19 in January.

AFP Fact Check has debunked other misleading claims about Magufuli since his death, including this one.