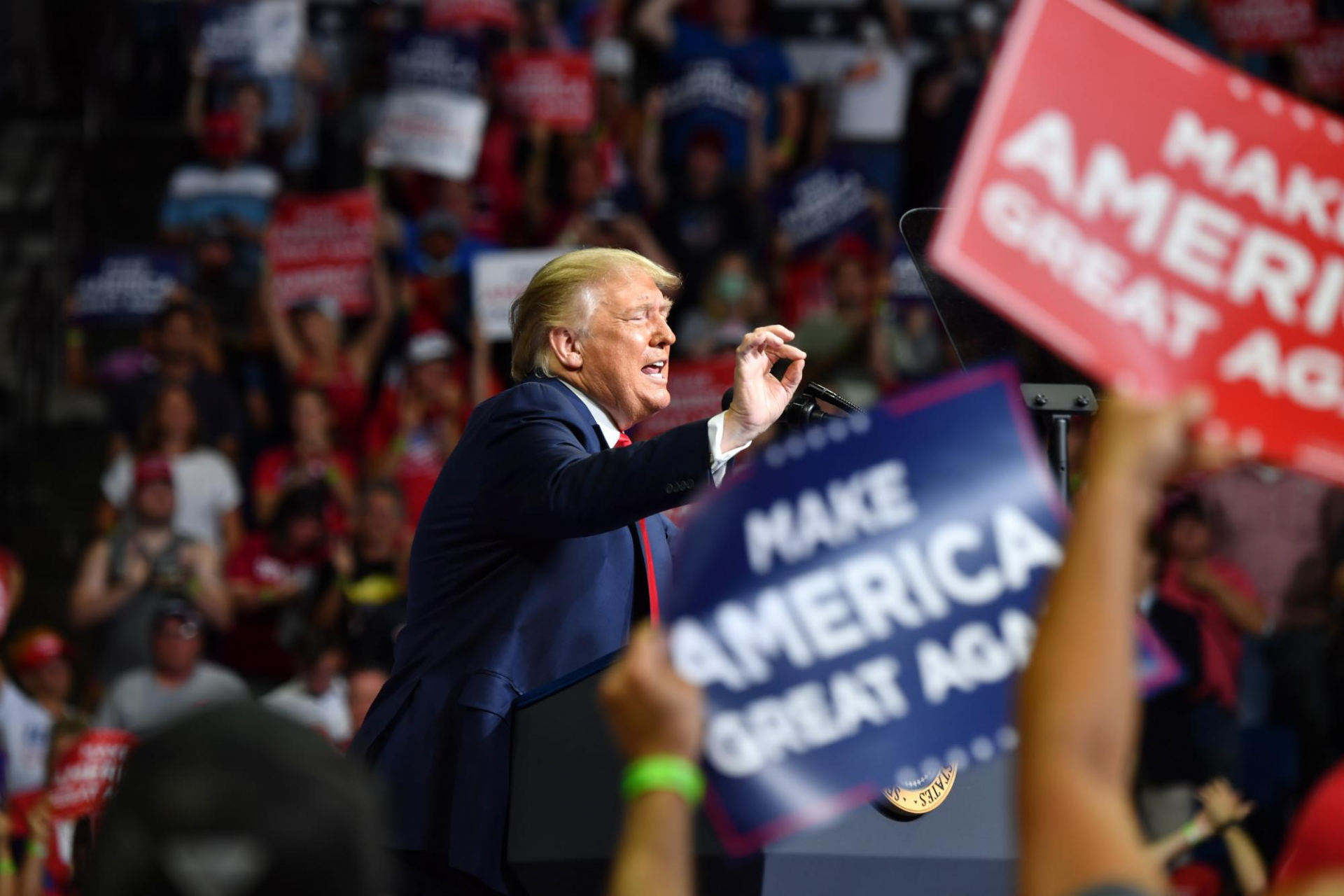 A Facebook post shared more than 400,000 times claims the platform is banning US President Donald Trump from advertising for his 2020 re-election campaign. This is false, the Facebook advertisement library yields thousands of ad results from the Trump campaign, and a company spokeswoman said they are not banning the president. 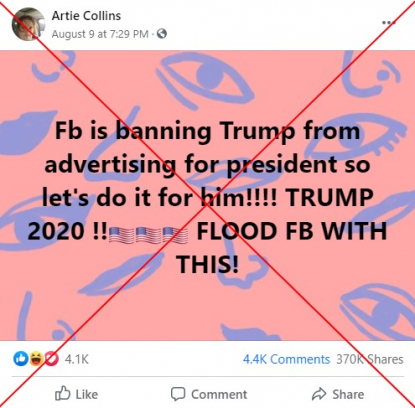 More examples of the post are available on Facebook here, here and here. Social media analysis tool CrowdTangle showed shares of the posts peaked on the opening day of the Republican National Convention.

Facebook’s database indicates that the Trump Make America Great Again Committee and Donald J. Trump for President, Inc. have spent more than $68 million on election ads, with more than $4 million spent in the week ending August 25.

A Facebook spokeswoman confirmed: “We are not banning the President.”

Social media giants have faced attacks for allegedly using their dominance to stifle conservative views -- a claim made by President Donald Trump.

Facebook has also been accused of failing to curb hateful content promoting violence, including posts from Trump.

Content from politicians is exempt from Facebook’s third-party fact-checking program, of which AFP Fact Check is part.