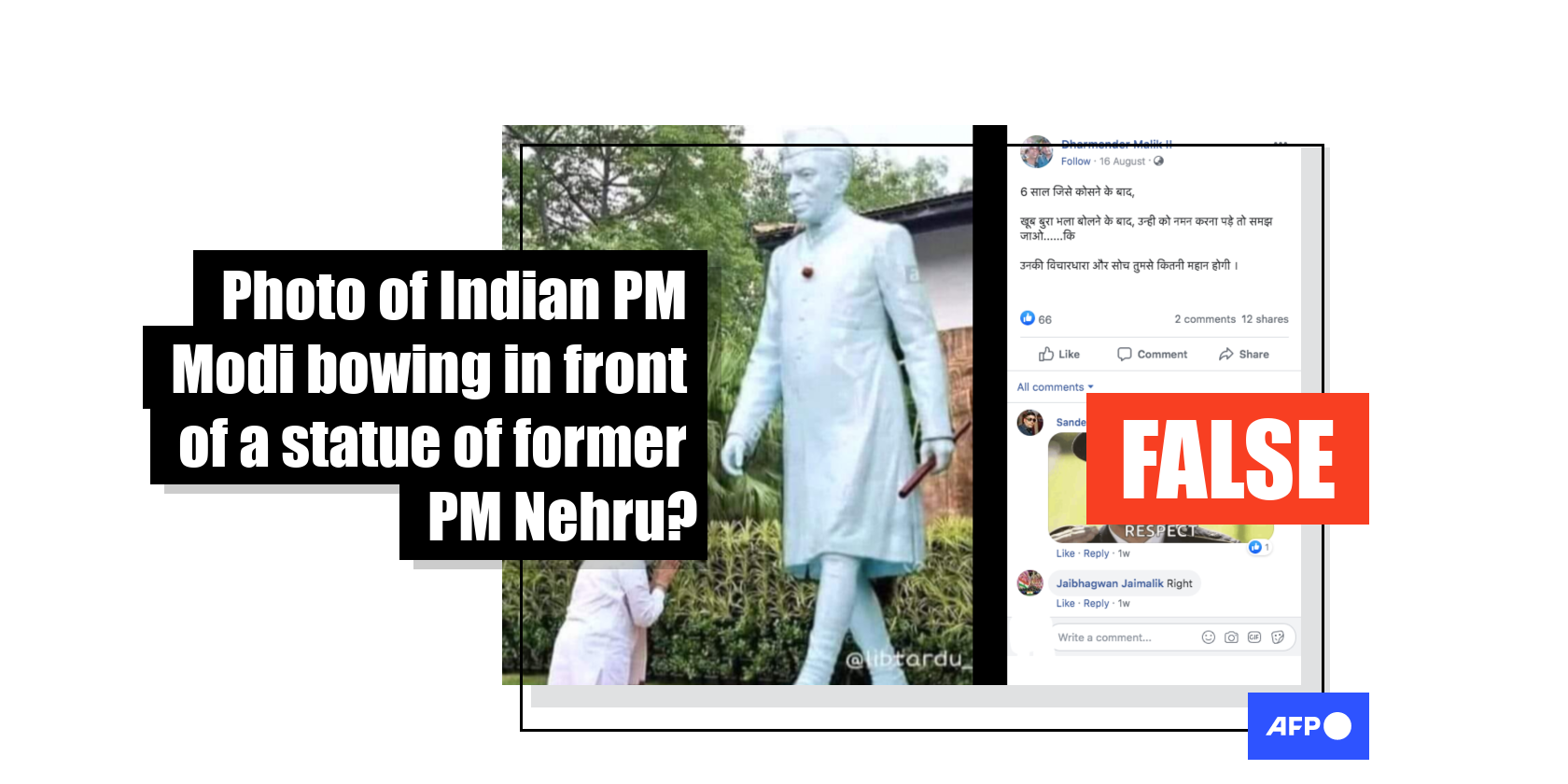 An image appearing to show Indian Prime Minister Narendra Modi bowing in front of a statue of former Prime Minister Jawaharlal Nehru has been shared in multiple posts on Facebook and Twitter. The claim is false; the image has been digitally manipulated to replace a statue of Indian independence leader Mahatma Gandhi with one of Nehru.

The image was published here on Facebook on August 16, 2020. 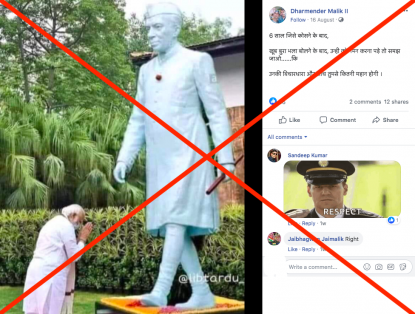 The post’s Hindi caption translates to English as: “After cursing him (Nehru) for six years, now you (Modi) are bowing in respect of the same person. Now understand that their ideology and thinking are so much better than yours.”

A reverse image search on Google found that the image has been doctored. The original photo shows Modi bowing to a statue of Mahatma Gandhi, and was published on Modi’s official Twitter account here on August 8, 2020.

The tweet reads: “Sharing some glimpses from the newly inaugurated Rashtriya Swachhata Kendra.” 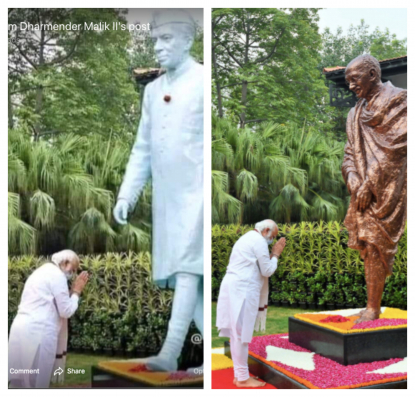 Video of Modi’s visit to Rashtriya Swachhata Kendra was also published on the prime minister’s official YouTube channel here on August 8, 2020. Modi’s bow before the Gandhi statue can be seen at its 25-second mark.

A reverse image search found that the photo of the Nehru statue that was used in the doctored image was published here in 2010 by stock photography agency Alamy.

The statue of Nehru, India’s first prime minister, is located in the west Indian city of Barshi.

Below is a screenshot comparison of the statue in misleading Facebook post (L) and the Alamy photo (R) with Alamy’s watermarks visible on Nehru’s arms: 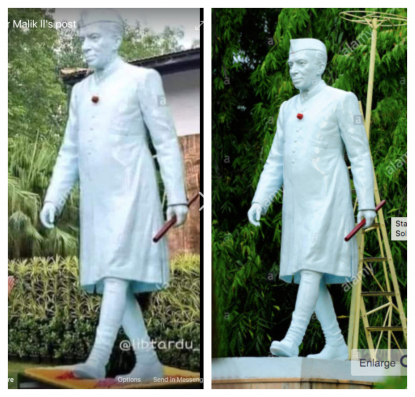