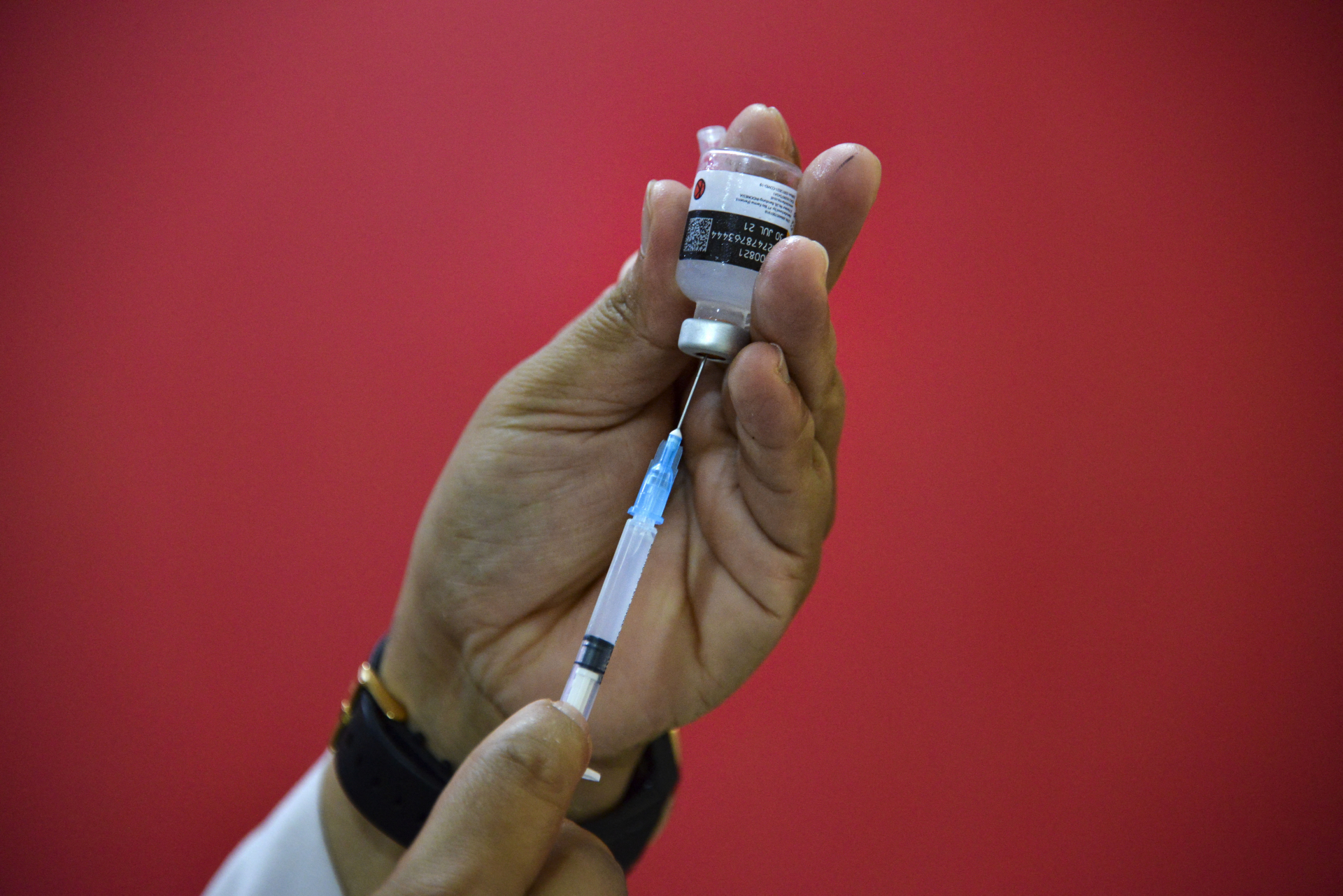 Experts say there are numerous factors behind erectile dysfunction, but the Covid-19 vaccine is not one of them

Posts claiming that Covid-19 vaccinations are causing erectile dysfunction in men have been circulating widely on Instagram, Facebook and Twitter in Indonesia. The claim is false: vaccine manufacturers say there are no documented instances of Covid-19 vaccinations causing male impotence; experts told AFP that erectile dysfunction is most often caused by psychological not physical issues.

This Instagram post, dated April 7, 2021, shares three screenshots of a purported chat and has been liked more than 46,000 times.

The post’s caption warns people about the purported effects of Covid-19 vaccines on men.

In the first screenshot, someone claims vaccines had caused erectile dysfunction.

The chat in the second screenshot partly reads: “Seriously, I swear to God, my husband’s friends are security guards in the Semarang area. All of them were required to be vaccinated [against Covid-19] by the company. Fortunately, my husband did not get vaccinated. Surprisingly, all the security guards who got vaccinated are unable to, excuse me, get an erection. This is real, I swear on the Koran.”

Siti Nadia Tarmizi, spokeswoman for Indonesia’s Covid-19 vaccination programme, said the claim that Covid-19 vaccines could cause erectile dysfunction was a “hoax”.

“From clinical trials, it did not show any side effects because these vaccines do not affect the genitals,” she told AFP in a WhatsApp conversation on April 12, 2021.

“Because vaccines, in principle, stimulate the immune system, and there are no supporting ingredients in the vaccines that have the potential to cause impotence,” she added on April 13, 2021.

“We also know that most of the causes of impotence are psychological problems, rather than organ problems.”

“Stress, pressure, depression, anxiety and other mental and psychological factors can also cause erectile dysfunction,” Liu said in an emailed response to AFP on April 12, 2021.

The company “has directly or indirectly supplied more than 200 million doses of vaccine to nearly 30 countries and regions including China,” Liu added on April 13, 2021.

In an enquiry sent to Bio Farma, an Indonesian state-owned vaccine manufacturer that partners with Sinovac Biotech, its spokesman Bambang Heriyanto said there have been no reported vaccine side effects related to male impotence so far.

“It needs to be emphasised that the vaccines used by the [Indonesian] government have obtained EUA (Emergency Use Authorisation) from the BPOM [Indonesia’s drug and food control agency] and are declared safe,” he told AFP in a WhatsApp conversation on April 12, 2021.

More than 10.8 million people in the country have received at least one dose of a Covid-19 vaccine — with some 5.9 million people already fully vaccinated — as of April 18, 2021, according to official figures.