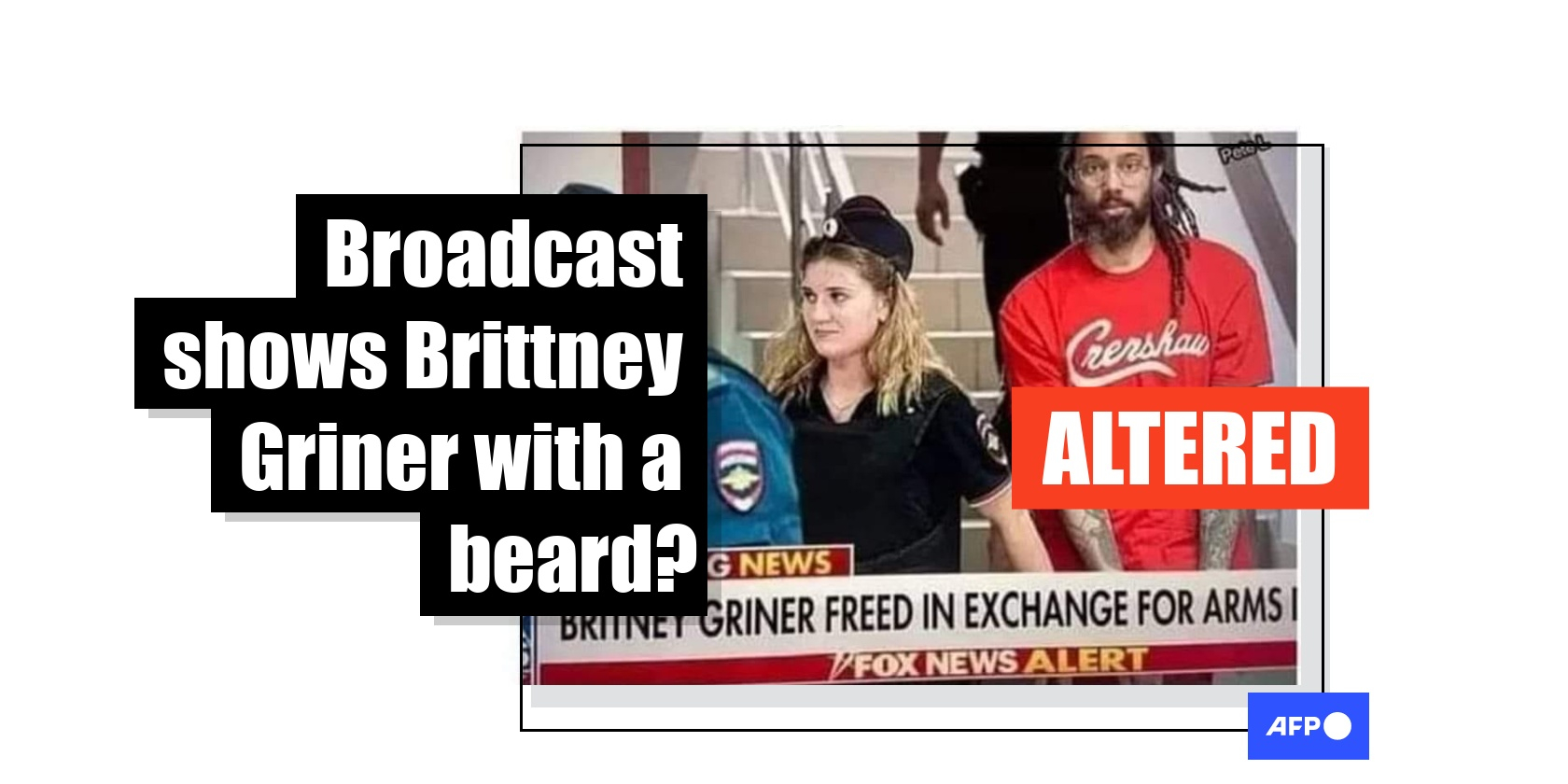 Fox News did not air manipulated photo of Brittney Griner

Social media users are claiming a Fox News broadcast about Brittney Griner's release from Russia included a photo showing the US women's basketball star with a beard. But the picture has been digitally manipulated; the facial hair was added to an image captured in July 2022, and a spokesperson for the cable network confirmed it never aired the altered version.

"'Her' troubles are not over....now she has to get everyone to believe that beard is from early onset menopause," says text over the image, which appeared in more than 100 posts on Facebook and was also shared on TikTok, where one video received more than 1.1 million views.

The image purports to show Griner with a beard in a photo aired during a Fox News breaking news alert. The chyron in the lower third of the screen misspells the WNBA star's name.

Griner was released from a Russian prison on December 8, 2022 in exchange for an arms dealer imprisoned in the US. She had spent almost 10 months detained in Russia after being arrested on drug charges in February.

The WNBA champion and two-time Olympic gold medalist, who is 6-foot-9 (2.06 meters) and came out as a lesbian in 2013, has long faced insults and misinformation about her gender, sexuality and body. AFP previously debunked a doctored image that purported to show ESPN mistakenly publishing a photo of former American football player Larry Fitzgerald in an article about Griner's return to the US.

The picture of Griner with a beard is also digitally altered.

Reverse image searches show no facial hair on Griner in the original photo from the Associated Press, which was taken July 7, 2022 as Griner arrived for a hearing at a court near Moscow. AFP captured a photo from the same moment. 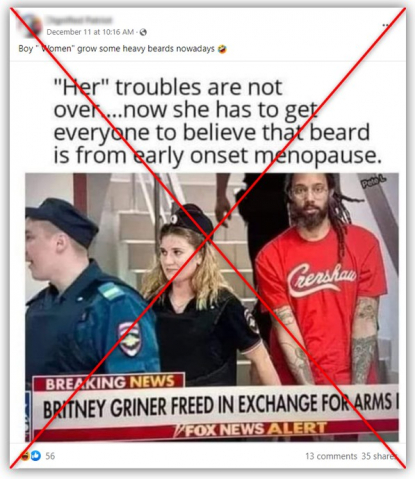 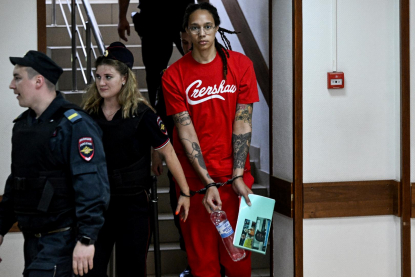 US WNBA basketball superstar Brittney Griner arrives to a hearing at the Khimki Court outside Moscow on July 7, 2022 ( AFP / Kirill KUDRYAVTSEV)

"I can confirm this is an edited image that did not air on FOX News Channel," Fox News spokesperson Alexandra Coscia told AFP.

When the news of Griner's release broke during the December 8 taping of "Fox & Friends," a morning talk show, the network ran the unedited image -- not the altered version showing Griner with a beard.

AFP found no evidence that Fox News has used the doctored image in other coverage of Griner's release.