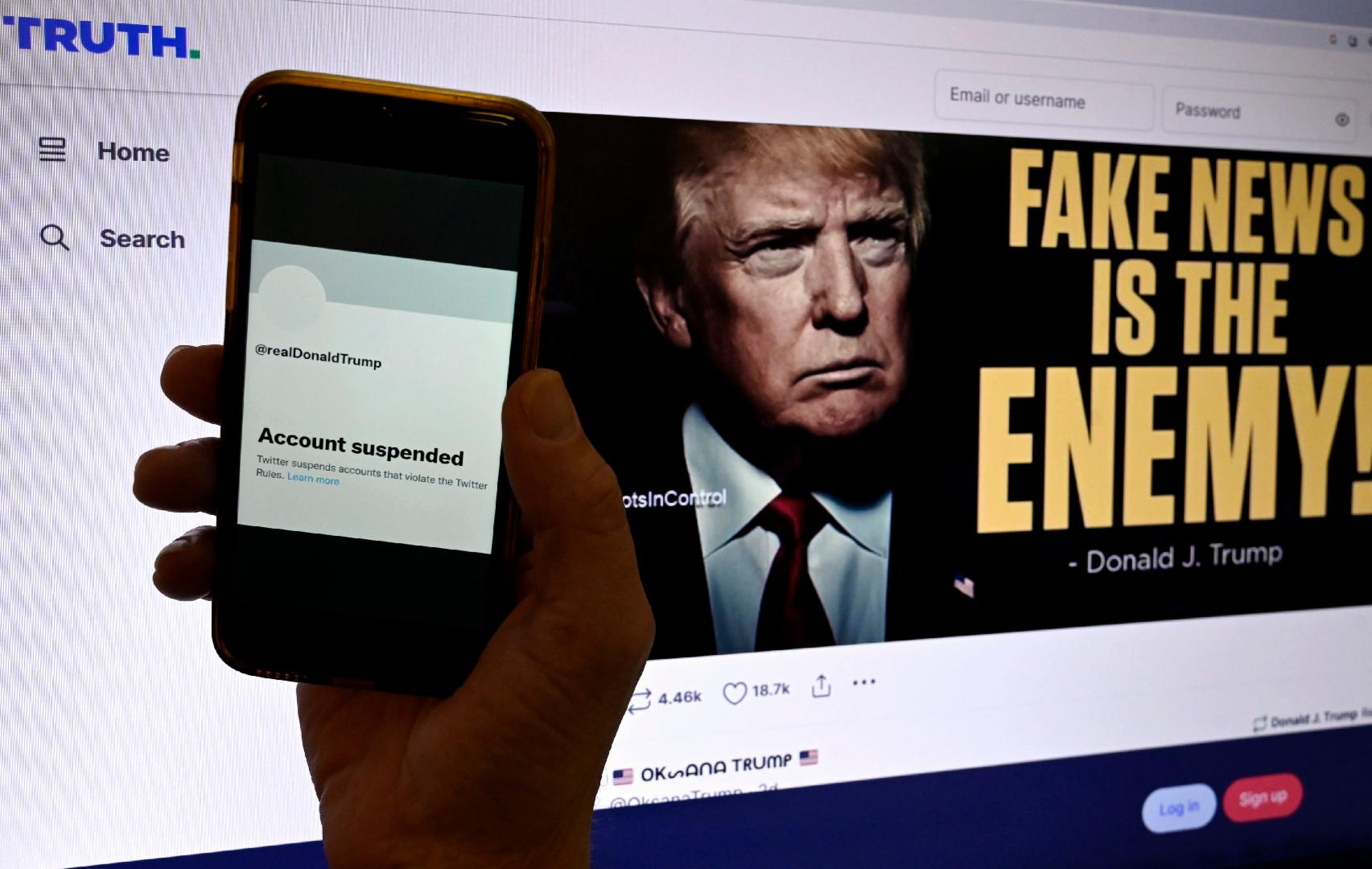 Social media users shared a screenshot of a statement purportedly from Donald Trump, in which he claims he would be reinstated on Twitter following Elon Musk's takeover of the platform. But the statement is fabricated, according to the former president's director of communications; Trump said on October 28 he plans to stay on his platform Truth Social, and Musk said Twitter has yet to make decisions about reopening accounts.

"Congratulations to Elon Musk on his purchase of Twitter. Many people are saying that change was needed, as the old management was concerned with the woke agenda. I have been told that my account will be back up and running on Monday - we will see. Happy to be able to engage with an African American-owned business!" says what appears to be a statement from Trump, shared as a screenshot in an October 27, 2022 Instagram post. 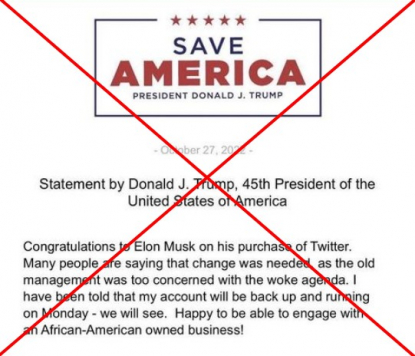 The statement spread across social media platforms including Twitter, Facebook and TikTok, with some posts in Spanish and German, just after Tesla founder Elon Musk's $44 billion bid to buy Twitter concluded, following months of uncertainty and speculation.

Musk had previously indicated that he wished to lift Trump's Twitter ban, imposed in the wake of the 2021 assault on the US Capitol that the Republican leader is accused of inciting.

The statement was further amplified by right-wing political commentator Dinesh D'Souza - who later deleted his tweet - and news organizations.

But the statement, made to look like an email sent by Trump's political action committee Save America is not found on the organization's website, nor was it delivered to AFP journalists subscribed to its mailing list.

Taylor Budowich, director of communications for Save America, indicated the statement was false by retweeting other prominent members of Trump's sphere, debunking the claim.

"This is a fake, obviously. If it didn't come from the @campnucleus press system, it is fake," said Brad Parscale, senior adviser for data and digital operations for Trump's 2020 presidential campaign, in a post that was retweeted by Budowich. 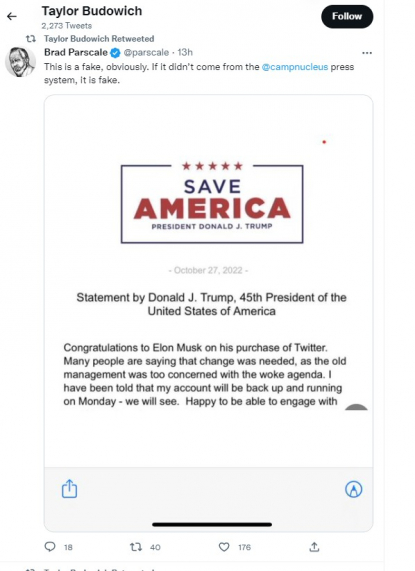 On October 28, Trump did post on Truth Social -- an app he launched in February 2022 -- to congratulate Musk on his purchase.

But Trump had yet to make any promises to rejoin Twitter. In an exclusive interview, he told Fox News Digital: "I am staying on Truth. I like it better, I like the way it works, I like Elon, but I'm staying on Truth."

The idea of Musk running Twitter has alarmed activists who fear a surge in harassment and misinformation, but the corporate maverick said he realizes Twitter "cannot become a free-for-all hellscape where anything can be said with no consequences."

Twitter permanently banned Trump on January 8, 2021, two days after the uprising at the US Capitol, claiming that allowing his account with more than 80 million followers to remain active posed a "risk of further incitement of violence." Facebook also banned Trump before he left office.

AFP has debunked other claims about Trump and Musk.